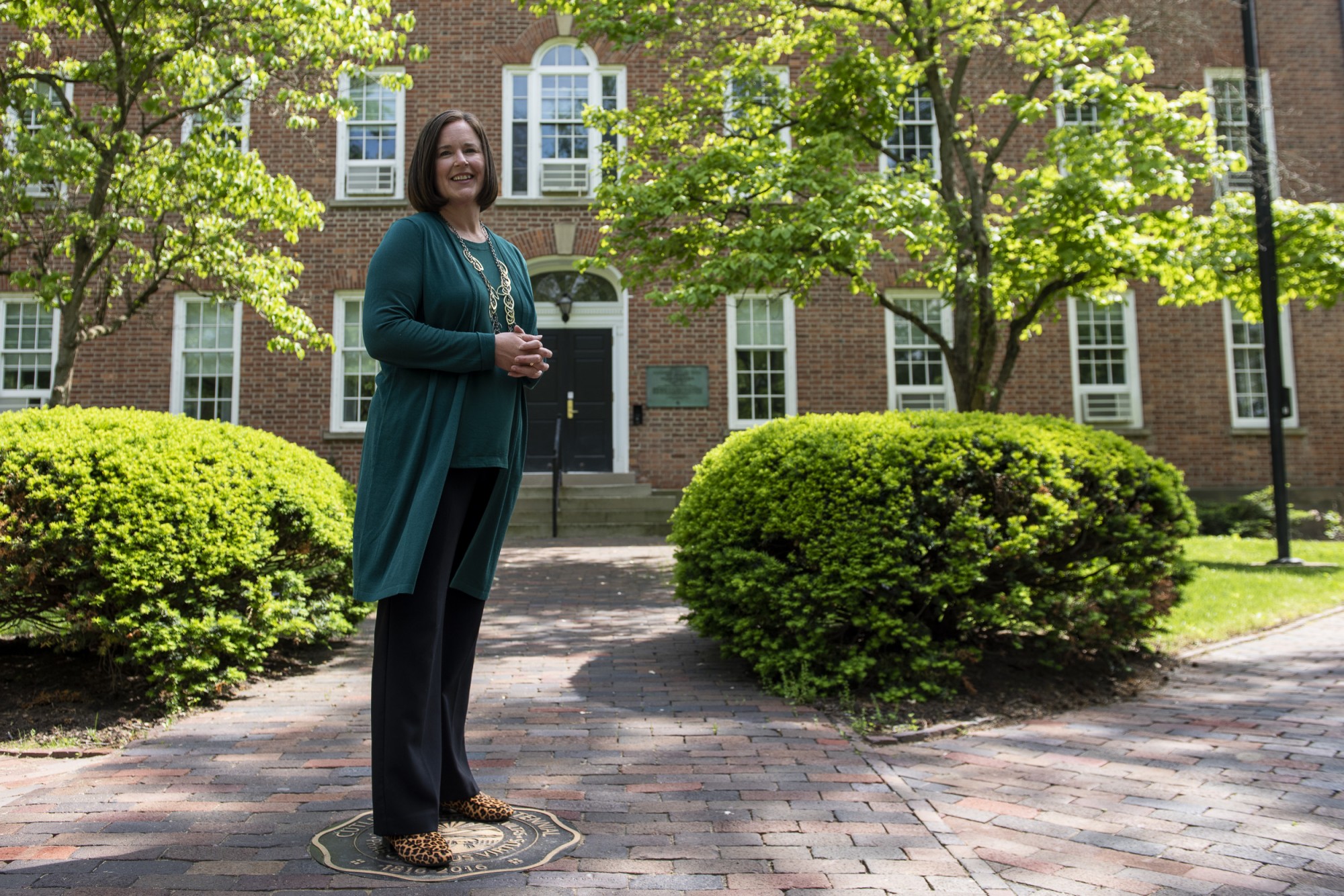 Ohio University’s Interim Vice President for Student Affairs, Jenny Hall- Jones poses for a portrait outside of Cutler Hall on May 18, 2021.

Faces in the Crowd

7 OU, Athens figures to know as a Bobcat

C oming to college means being thrust into a sea of new people, and with the addition of masks, discerning who is who can be difficult.

Just like any other community, however, there are a few figures in Athens who stand out from the crowd. From politicians to university administrators, here are a few faces students should familiarize themselves with before hitting the bricks this fall:

Duane Nellis is the outgoing president of Ohio University and has been serving in the role since 2017. He announced May 14 he would be stepping down as president to become a faculty member in the College of Arts and Sciences, according to a previous Post report.

Before coming to OU, Nellis was president at Texas Tech University. He was also the president of the University of Idaho, according to OU’s website.

Nellis’ presidency was during the COVID-19 pandemic and a time of decreased enrollment at OU, leading to proposed budget cuts and mass layoffs under his leadership. The interim president — who will still be tasked with leading during the pandemic — will be announced before or during the OU Board of Trustees’ meeting June 17.

Ohio University’s Interim Vice President for Student Affairs, Jenny Hall- Jones poses for a portrait outside of Cutler Hall on May 18, 2021.

Hall-Jones was the associate vice president for Student Affairs and dean of students prior to taking her interim position. She also serves as one of the Student Senate advisors and is an OU alumna.

Becky “Eliza” Ivan is the 2021-2022 president of Student Senate. Ivan was a part of the Athens Advocacy ticket in Senate’s first contested election since the 2017-2018 academic year. The ticket has about 12 goals it will seek to fulfill this year, including the creation of an OU app to consolidate access and information from various OU portals into one place.

Ivan won her election by seven votes, according to a previous Post report. She is a fifth year student studying political science and law, justice and culture.

Student Senate meetings are open to the public and occur every Wednesday at 7:15 p.m.

Tom Pyle is the chief of police at the Athens Police Department, and the interim service safety director for the city of Athens. As chief of police, Pyle leads the police department. APD can be seen patrolling around Athens and at numerous events, such as Halloween weekend and Fest Season. 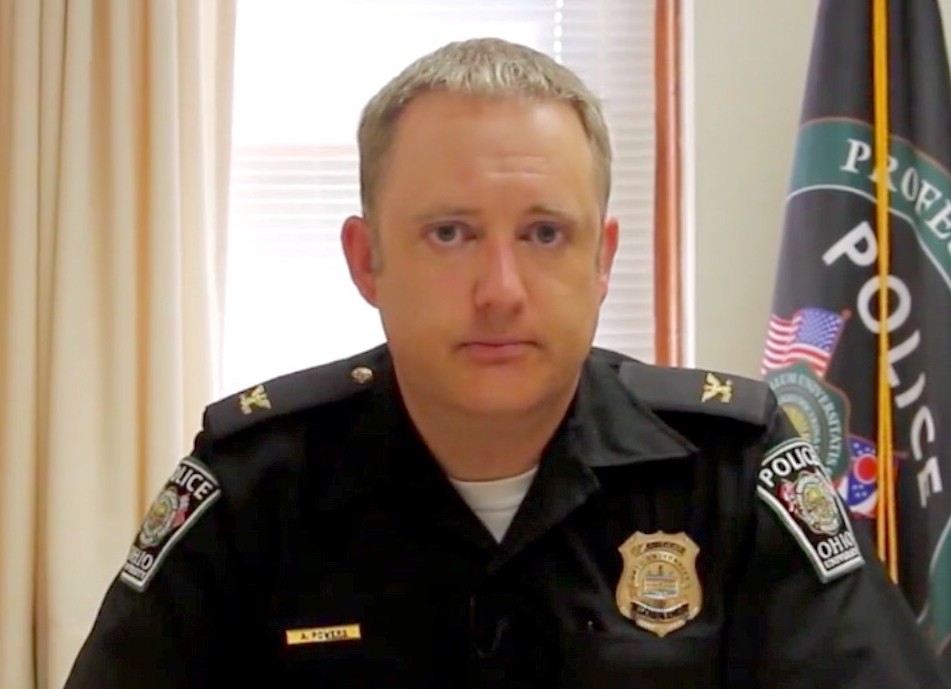 Andrew Powers is the OU Police Department’s chief of police. OUPD enforces the law on campus, investigates campus crime and dispatches alerts of campus threats, according to OU’s website.

In June 2020, OUPD moved its office to Building 13 at The Ridges. The move gave OUPD — which heavily collaborates with APD — more space.

Chris Knisely is the president of Athens City Council. She was elected council president in 2014 and began serving in 2015, according to a previous Post report. Knisely is a Democrat and works alongside an entirely Democratic City Council.

Prior to her time as president, Knisely was an At-Large councilwoman and director of research and grants at OU’s Heritage College of Osteopathic Medicine. 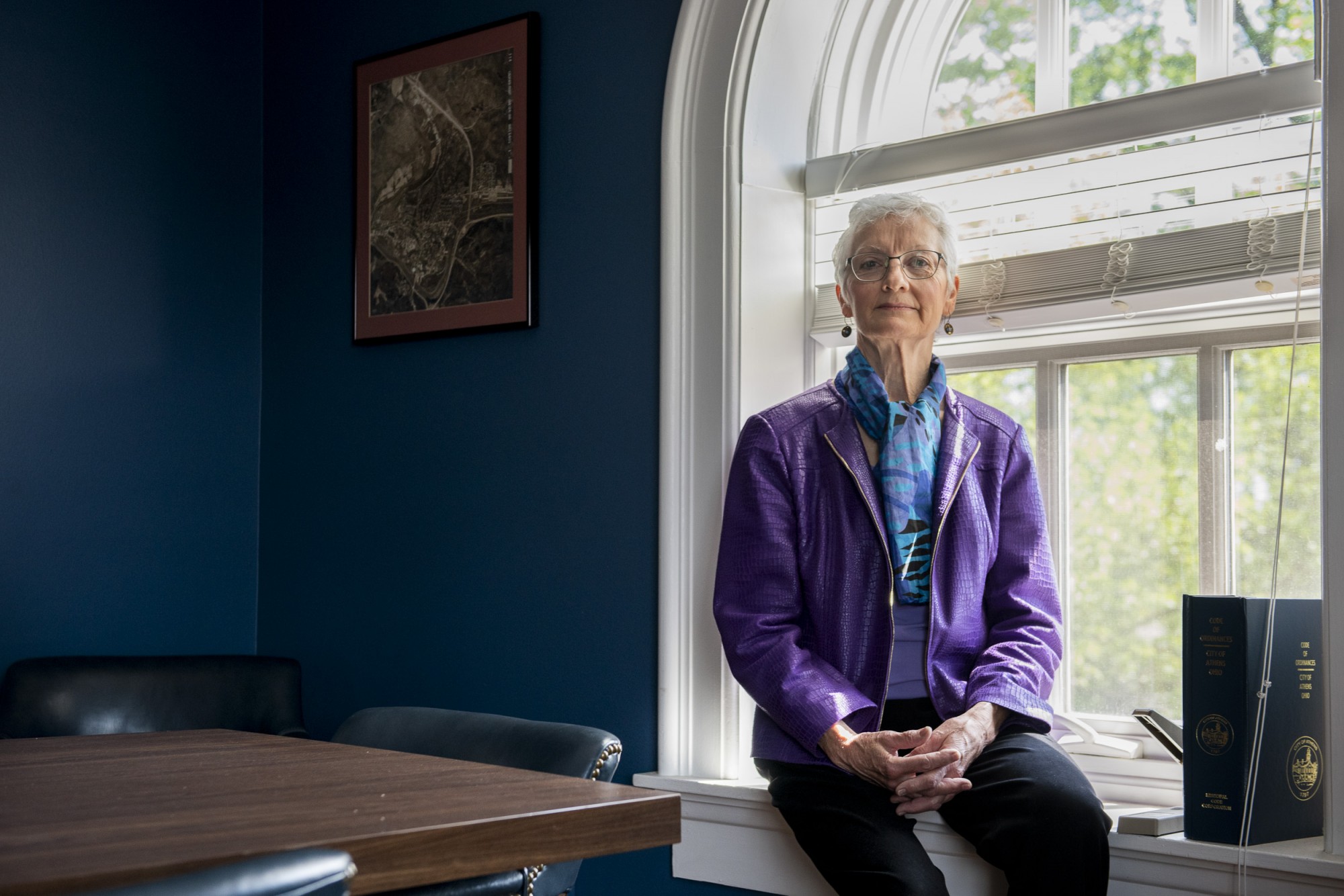 Athens City Council President, Chris Knisley poses for a portrait inside of the Athens city building at 8 E Washington St, Athens, Ohio, on May 18, 2021. 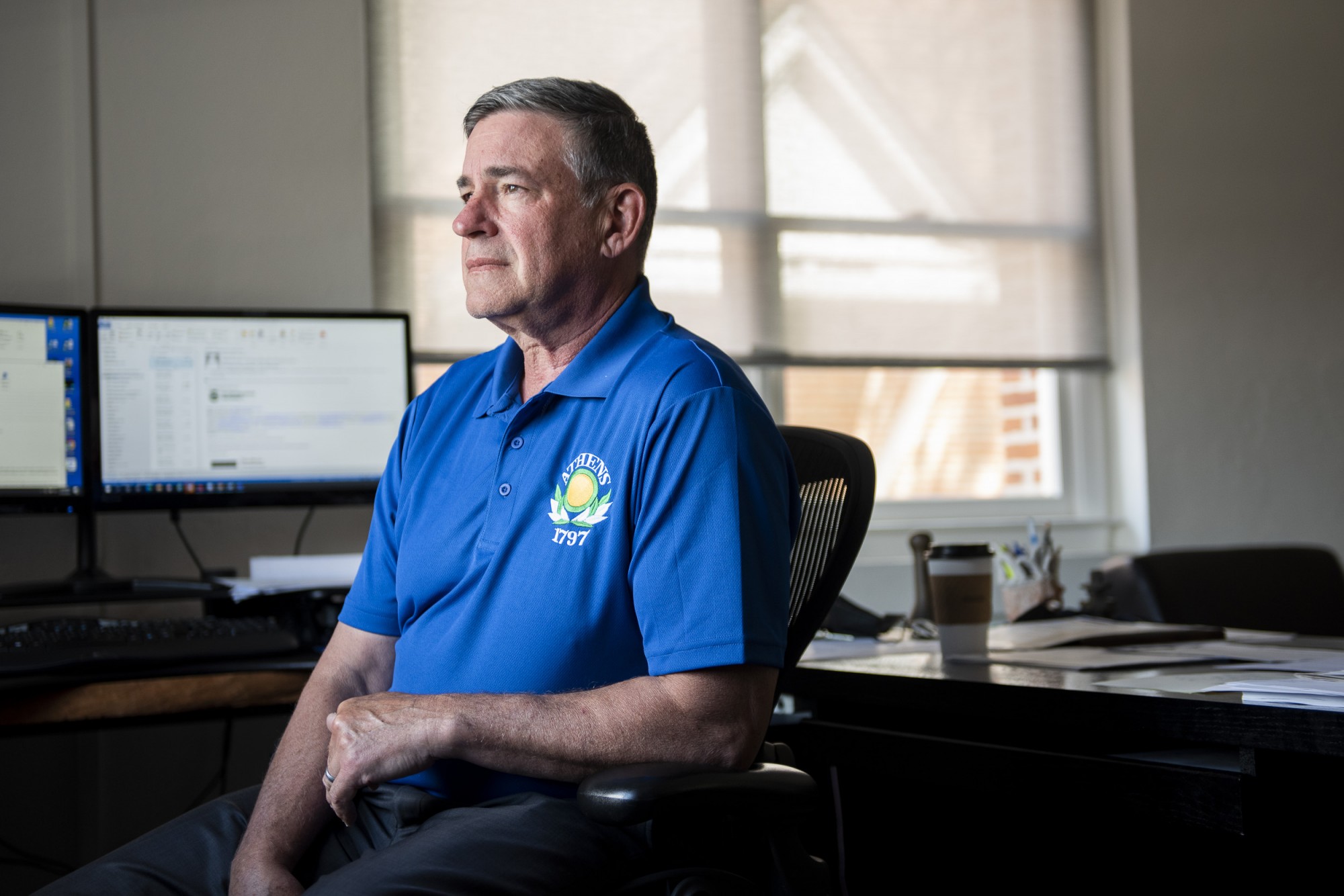 The Mayor of Athens, Steve Patterson poses for a portrait inside his office at the Athens city building at 8 E Washington St, Athens, Ohio, on May 18, 2021.

Steve Patterson is the mayor of Athens. The Democrat’s second term is underway after he won reelection in 2019. He won with slightly over 75% of the vote, according to a previous Post report.

Patterson was a city councilman and psychology professor at OU before becoming mayor. More recently, the mayor considered running for congress after Rep. Steve Stivers, R-Upper Arlington, announced he was stepping down. However, Patterson decided against running after weighing the implications of Ohio’s redistricting process and ongoing projects in Athens.

As he continues to govern, Patterson will focus on the issues of affordable housing, broadband access and racial justice.