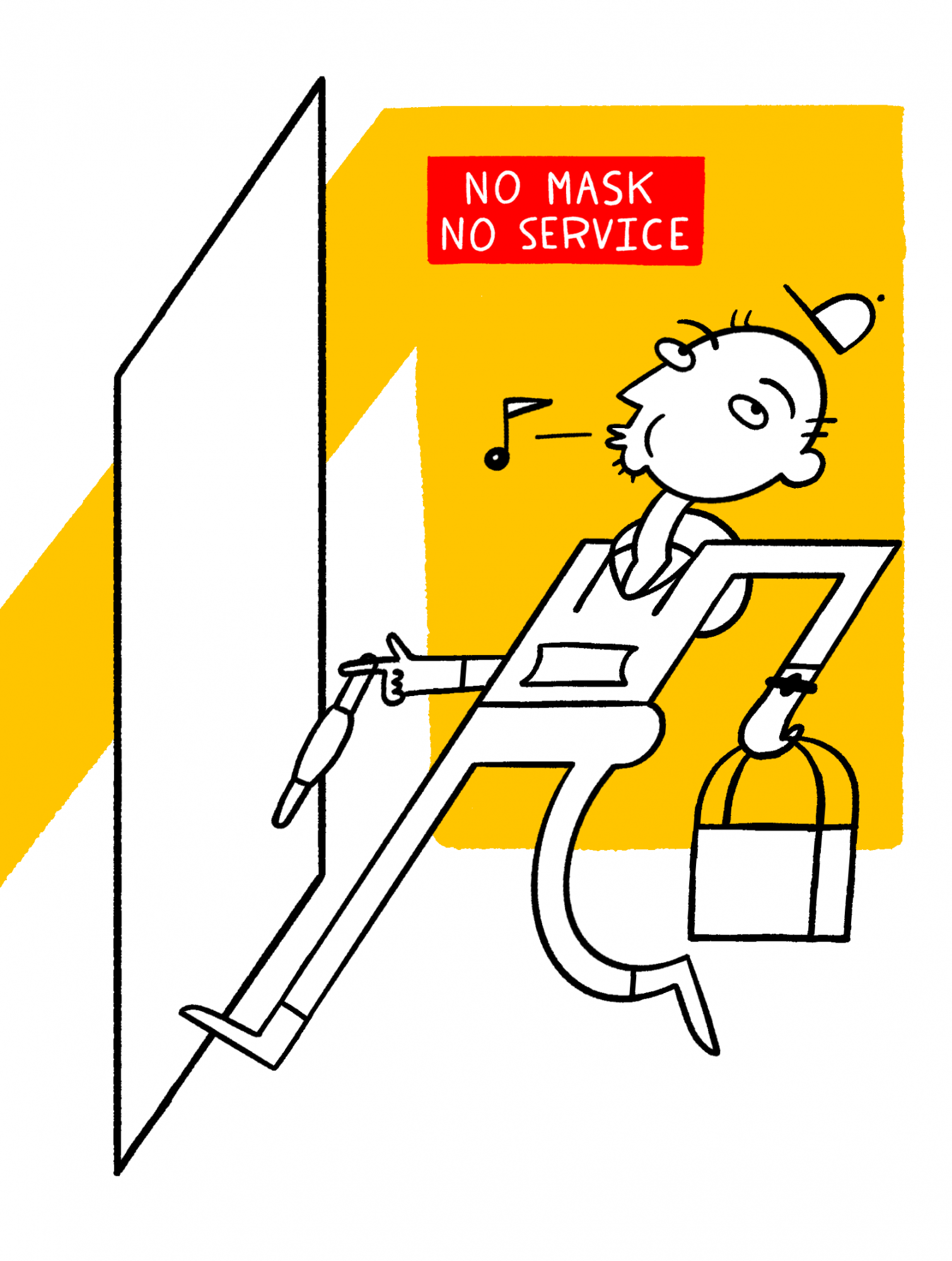 I n the first evenings of the semester, closely packed crowds of both masked and unmasked students lined the sidewalks outside of bars, making many students and Athens residents worry about the safety of their city.

However, with the prolonged public health crisis, there have been instances of people in groups not wearing masks, which concerned Athens residents and students alike.

Above: Many students were concerned about the lines at bars after this tweet of students lined up outside of Red Brick Tavern was shared widely on Twitter.

“I still see a lot of people ... within 6 feet of each other not wearing masks, for example, in lines on sidewalks or restaurants in town,” Danielle Klein, an Athens resident and a junior studying industrial system engineering, said. “If they're not wearing a mask, there's not too much you can do about that unless you're willing to go a different way.”

Klein said she is in full support of the ordinance but wishes that it was enforced more efficiently.

“I think more people would comply with it if they knew that they might actually have consequences for not following the (ordinance),” Klein said.

The city ordinance requires a face mask inside, outside or in line to enter a place of business or city building open to the public, any outdoor area where people are unable to maintain a 6-foot distance from one another and public transportation.

“The language of the city ordinance is very similar to language in the statewide mask mandate,” Jack Pepper, the Athens City-County Health Department administrator, said in an email. “If you can’t properly social distance and are in a public space, you should be wearing a mask.”

Athens Police Department Chief Tom Pyle said for a citation on the grounds of the mask ordinance to occur, a citizen must call in a complaint, and an officer must witness the violation. Pictures cannot be used as grounds for a citation, Pyle said.

“We adopted very early on an approach that we wanted to be more carrot-and-stick with this,” Pyle said. “For instance, we got a complaint of a crowd of people waiting in line at a local bar Saturday night. Officers went up, there were some people without masks, the officers went there with a box of masks and asked them to put them on.”

The philosophy of mask ordinance violations are treated similarly to how nuisance parties are treated, Pyle said. After receiving a complaint, officers dispatch the location and request that people comply. If they comply, they receive no citation. 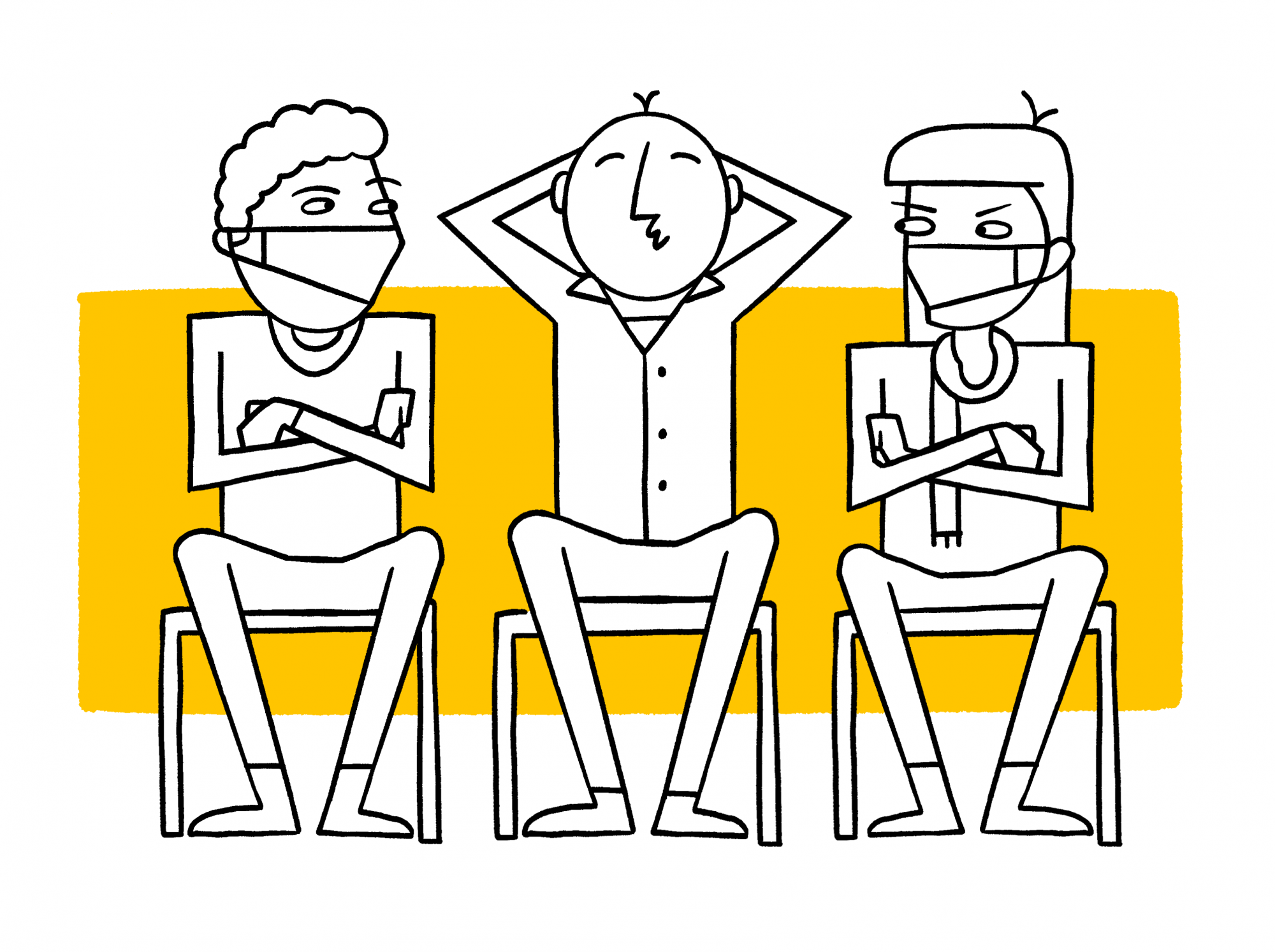 Because of this, they have not cited any individuals for violating the ordinance, according to APD records.

The mask ordinance is complaint driven, Pyle said, meaning that even when officers see someone violating the ordinance, they have to have a complaint from a citizen to approach the individual. There have been around 80 complaints since March 2020 related to breaking COVID-19 precautions, Pyle said.

Pyle said that, even before the pandemic, APD has had issues with people posting complaints on social media instead of reporting them to the non-emergency APD number.

“If people see something that they think is a violation, they should complain,” Pyle said “They should file a complaint with the police department immediately and not wait. A lot of times, people will say, ‘I'll call the police tomorrow or when I get home’ and then an hour later, they call, and when we get a look, the bars are closed.”

Education has been a key tool in encouraging pandemic safety during this time, Chris Knisely, Athens City Council resident, said, and putting messages out about masks has been one of the most effective measures to encourage mask wearing.

“I'm really a firm believer in trying to educate people,” Knisley said. “As we've seen, with the difficulty of enforcing this complaint based law, I don't know that there are other things that we can do at the local level.”

Athens Mayor Steve Patterson said from his view of Court Street during working hours, he sees very few people without masks on properly.

“I received a complaint from an individual who felt that there was non-compliance in some of our larger retail outlets here in Athens,” Patterson said. “I went and observed for myself, and, you know, again, (there was) easily 99% compliance from places like Lowe's when I was in there and when I went into Kroger.”

Patterson said he would encourage anyone with concerns to call APD’s non-emergency line.

“People need to be responsible for each other,” Patterson said.

Grace Anne Gasperson, an Athens resident and junior studying global studies, said she was unaware the mask ordinance was based on complaints. Once she learned, she said she would be willing to try and report violations, although she wasn’t sure how efficient reports would be due to dispatch times. Previously, Gasperson said she called the health department to report violations.

Although she is in favor of the mask ordinance as is, she said she wishes it would have a harsher punishment. 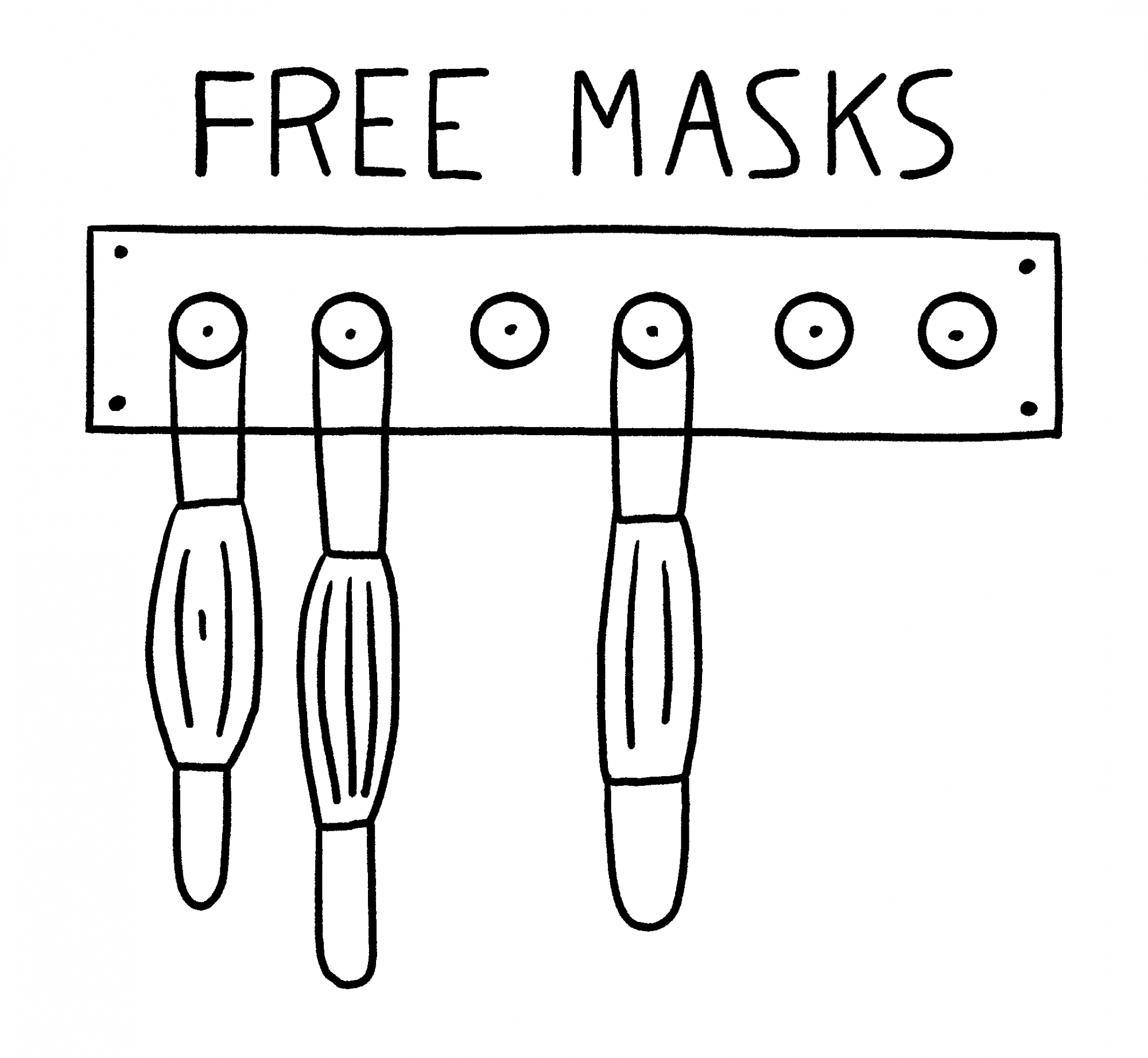 “I think there should be an actual consequence for not complying,” Gasperson said. “(Compliance) could genuinely save somebody's life. It's the same amount of responsibility that we give people when we ask them to not drive in the middle of the road, as opposed to in the allotted space.”

Gasperson said she has still seen multiple worrying occurences of people not wearing masks around town but that the number has greatly decreased since the beginning of the pandemic.

For Klein, the main concern during this time is students being willing to take pandemic precautions, like the mask ordinance and social distancing, as seriously as they might in their hometowns as they would be in Athens.

“I think a lot of students view Athens as a place far removed from consequences for their family and their communities,” Klein said.