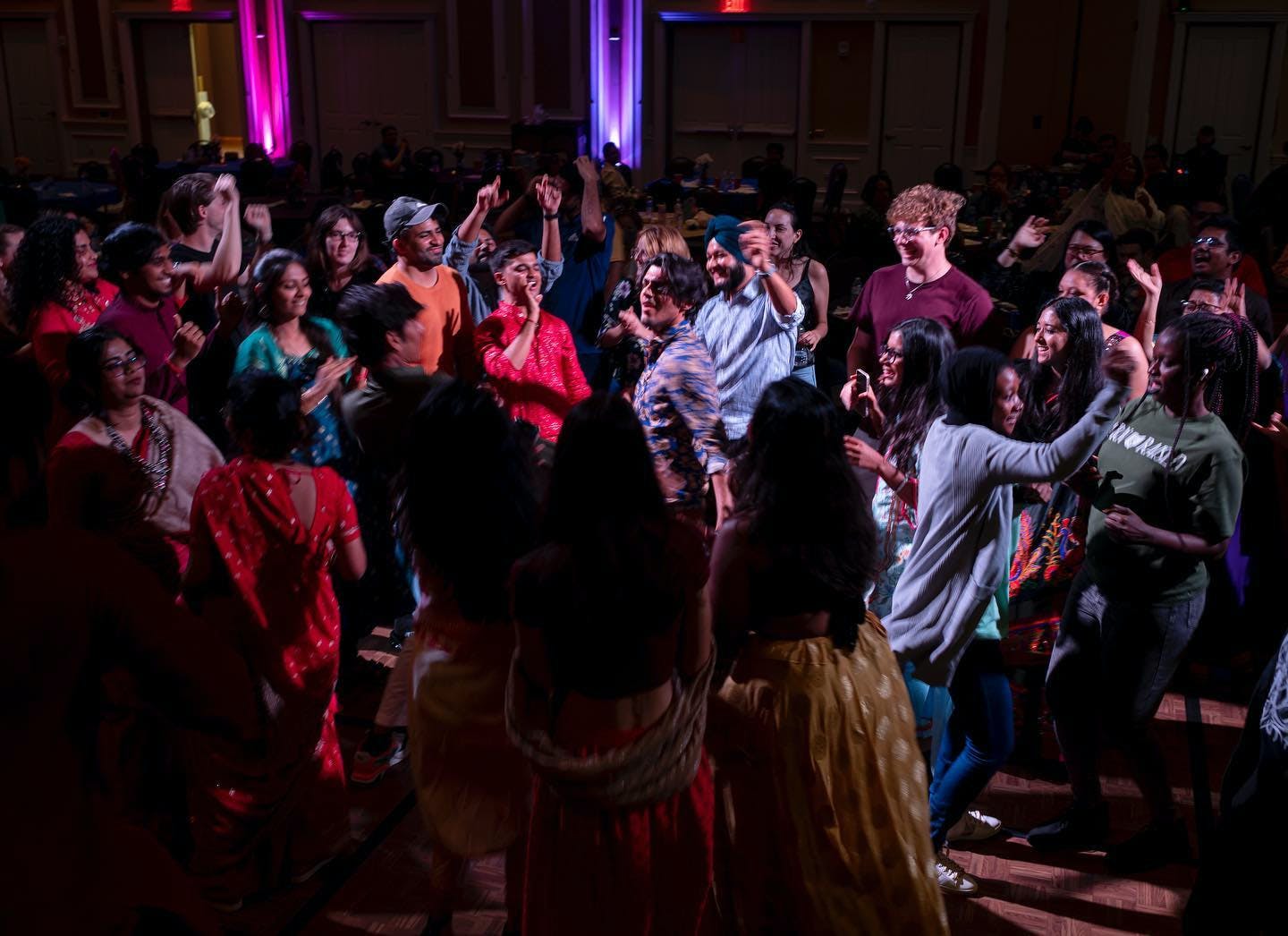 On Sept. 11, the Indian Students Association, or ISA, of Ohio University organized the largest Indian cultural fest since the setback of COVID-19. Approximately 220 people attended the event in Baker Ballroom to appreciate Indian attire, food, music, dance and literature.

Impressed by the event's turnout, the president of ISA, Prothama Manna, a second-year PhD candidate studying biological sciences, said, "It would not have been possible to pull up this extensive program without the great support of this great team."

OU President Hugh Sherman and his wife Cynthia were the guests of honor for the event. In his short welcome speech, President Sherman talked about ISA's annual event and how it is always the largest and best international event of the year.

Organizers of the event believe the name Utsav, meaning a celebration or festival, was an effort to be more inclusive to include the diverse festivals celebrated in India. The cultural program began with Akshayaa Venkataraghavan, a PhD candidate studying environmental and plant biology. She danced gracefully, performing a popular classical dance form called Bharatanatyam. This was followed by Dr. Garrett Field, an associate professor of ethnomusicology and musicology, who mesmerized the audience with his euphonious production of Carnatic music.

Along with a wide variety of Indian delicacies, Samosas, a fried or baked pastry with savory fillings such as spiced potatoes, onions and peas, was a popularly enjoyed appetizer. Another fan favorite was the butter chicken, aromatic golden chicken pieces in an incredible curry sauce. It was followed by a classic Indian dessert, gulab jamun. Gulab jamuns are made from milk solids, traditionally from khoya, which is milk reduced to the consistency of a soft dough.

"I would have to say this event has been really eye-opening, just to learn about all the different cultures and experience it with my friends," Speilman said. "The company, hospitality is amazing. The flash mob in the end, was something that I was not expecting."

Nagesh Rao, professor and chair of social medicine in the Heritage College of Osteopathic Medicine, has helped coordinate this annual event since 1998.

"I would say hands down, it's probably one of the best programs we've seen because it was so thoughtfully done," Rao said. "It's been choreographed really well and the quality of everything has been wonderful. The poem from Rabindranath Tagore is one of my favorite poems. So (Abhinil's) in Bengali was just, for me, really powerful."

"I am here because some of my good friends are strongly involved in the program," Welser said. "I think this event means a whole lot because it's not just about folks that are excited about aspects of India but also people that are maybe not as knowledgeable but are willing to learn more and be more involved."

Welser said his favorite dish from the night was Chana Masala and felt that word could have gotten out better about the program.

"In fact, I should have been telling more people about it," Welser said. "Now that I think of it I know people that would have liked it did hear (about) it, but I didn't, you know, act on it."

The event ended after students, clad in their vibrant ethnic outfits, hit the dance floor to groove to popular Bollywood party hits. Songs like "Subha Hone Na De," "Batameez Dil" and "Zingaat" were among the crowd's favorites. The Indian Student Association looks forward to hosting more events for the South Asian community and welcomes the people of Athens to experience Indian culture firsthand.