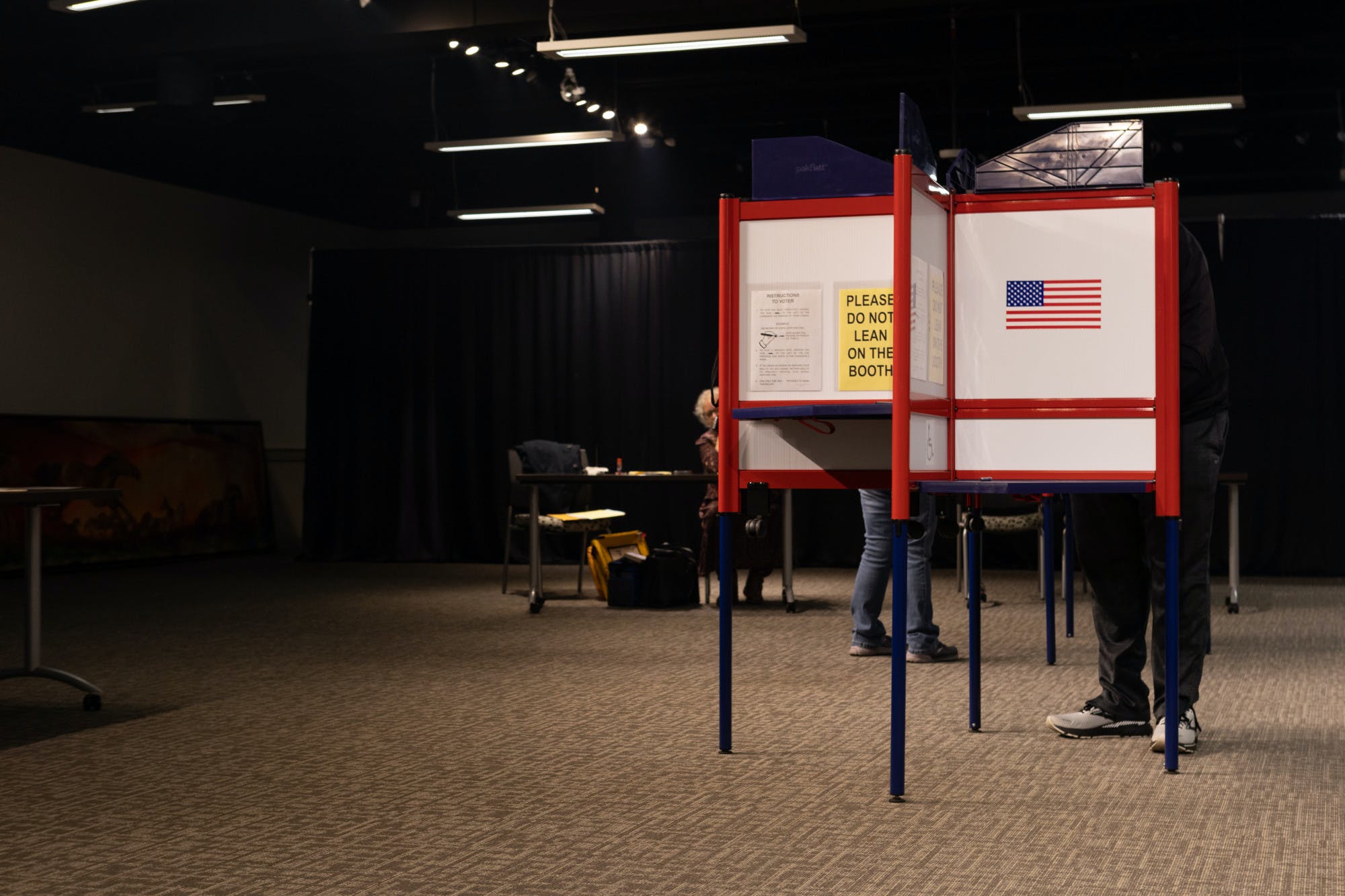 The League of Women Voters of Athens County had already made its impact on local races prior to voters making their way to the polls and casting their ballots Tuesday.

Despite contentious discussions of politicians and hot-button issues during this year’s election season, the members of the LWV of Athens County remained focused on ensuring eligible voters were educated before the 2022 Midterm Elections.

In preparation for the November election, the LWV of Athens County updated and increased the number of registered voters in the county and held multiple forums for Athens County candidates. As an organization, the League avoids endorsing candidates; however, it does make it possible for voters to hear from those running for office prior to backing the candidates on a ballot.

Athens County is part of the League of Women Voters, a national organization that aims to “protect and expand voting rights” in local communities, ensuring everyone is represented in the United States.

The League of Women Voters began in 1920, six months before the 19th Amendment was ratified. The League was created to inform women about their voting responsibilities. The LWV of Athens County was founded in 1950 and was made available to all genders in the 1970s.

“Fairly quickly, it became an organization that was educating all voters and was doing all kinds of candidate information and voter information,” said Adriane Mohlenkamp, co-president of the LWV of Athens County. “There was just the recognition that yes, we came from this tradition, but our work is focused now on everybody and everybody can be a part of making that happen.”

According to its website, the LWV of Athens County strives to drive engagement in the county by providing residents with voter services. The non-partisan organization aims to register local residents to vote in elections and spread information about various candidates and election issues.

Chris Knisely, president of Athens City Council, has been a member of the LWV of Athens County since 1996. Knisely said she joined at the recommendation of a former councilmember and colleague at Ohio University’s Heritage College of Osteopathic Medicine.

After attending her first meeting, Knisely immediately got involved by contributing to the organization’s newsletter. She also eventually became a Board member of the Athens chapter, served on the State Board of the LWV and served as co-president of the LWV of Athens County from 2001 to 2003 and from 2007 to 2008.

“I think it was more than I had originally expected,” Knisely said. “I thought the League of Women Voters was just about voting, but it isn't. It is beyond (that), and they do have that advocacy arm that allows them to take stands on land issues, natural resources — a variety of things that affect all of us daily.”

“We're an all-volunteer organization. We have some basic things that we try to do, but we also do the work that our members are interested in doing,” Mohlenkamp said. “Even though we're a national organization, it's not somebody from our national office who's telling us what to do.”

This summer, the League attended the Community Day of Hope in Glouster, Ohio. It also participated in Nelsonville at the Parade of the Hills event and at its library opening. More notably, the League participated in National Voter Registration Day, which occurs in September.

Over the course of those events, it registered or updated registration for around 100 voters in the County. Mohlenkamp said the group also spoke to nearly 400 people over election season.

“One of the ways to increase people's voting is just to hear people around you talking about voting more often,” Mohlenkamp said. “We think that those connections and the times when we talk to people are just as important as when somebody actually fills out a registration.”

Voter education, which the LWV of Athens County focuses on heavily during election cycles, is also an important mission of the organization. To raise awareness and educate residents, the League publishes letters to the editor at local newspapers and campaigns on social media.

The League also raises candidate awareness by publishing a Voter Guide in which candidates answer written questions sent to them by the League through an online database. Candidate forums, a public event where candidates answer questions, are also an important aspect of the organization.

Mohlenkamp said the organization invites certified candidates to those forums and works with them to host the event on a day when the majority of the candidates invited are available.

Leading up to this year’s election, on Oct. 6, LWV of Athens County held a candidate forum for the local county commissioners race which featured Democratic incumbent Lenny Eliason and Republican candidate Alex Burcher. Eliason was reelected as commissioner Tuesday.

As a whole, the commissioners in Athens are responsible for establishing new businesses and improving unemployment rates. They also develop an atmosphere in the county that will keep business owners in Athens and utilize tax incentives.

Eliason has been county commissioner since 1998, though this election was his last, according to a previous Post report. Eliason said he has participated in every forum the League has hosted since he first entered the role.

“When you present both sides of an issue or a candidacy, that gives people a chance to make up their own minds in an unbiased wearing,” Eliason said.

Eliason said he finds LWV of Athens County beneficial as it promotes voting education and the importance of participating in local elections. He added that engaging in local elections is important for Athens residents and students because the decisions made by electing certain candidates have a direct impact on them.

“Local elections are important because the things we do impact people every day,” Eliason said. “It's not about policy. It's about taking care of business at the local level, and there's an impact on everybody's everyday life every day. It's important to have good candidates and good people in those offices.”

The LWV of Athens County not only serves those outside of the organization, but it also helps further the political education of its members.

Although her role in the LWV is not as large as it once was, Knisley said it has made a lasting impression on her personal and political life.

“I think it's helped me want to hear other people, to be a better listener, and I think that's really important,” Knisely said. “It has enough of a presence in the community that it's helped me with my leadership skills.”

Tanya Conrath joined the LWV of Athens County as a Board member in 2014 and said she utilized what she has learned about politics and people through the League to aid in her campaign for Ohio’s 94th District House of Representatives race.

“I have spent the last eight years really becoming more educated about our democracy and our systems and how they operate,” Conrath said. “I wasn't doing it to then run for office, but it certainly provided me with a really deep education and understanding of how our systems work and where our system is broken.”

Despite Conrath believing a public forum would have greatly educated Athens County voters about the 94th District race, she said she understood and respected the LWV’s commitment to non-partisanship.

“I think regardless of what party you are, we all should be grateful for the League of Women Voters and what they do to ensure that we have a democracy that is fair and just,” Conrath said. “They are watchdogs to make sure that we are upholding the law and the Constitution, and I'm proud to be a past Board member.”