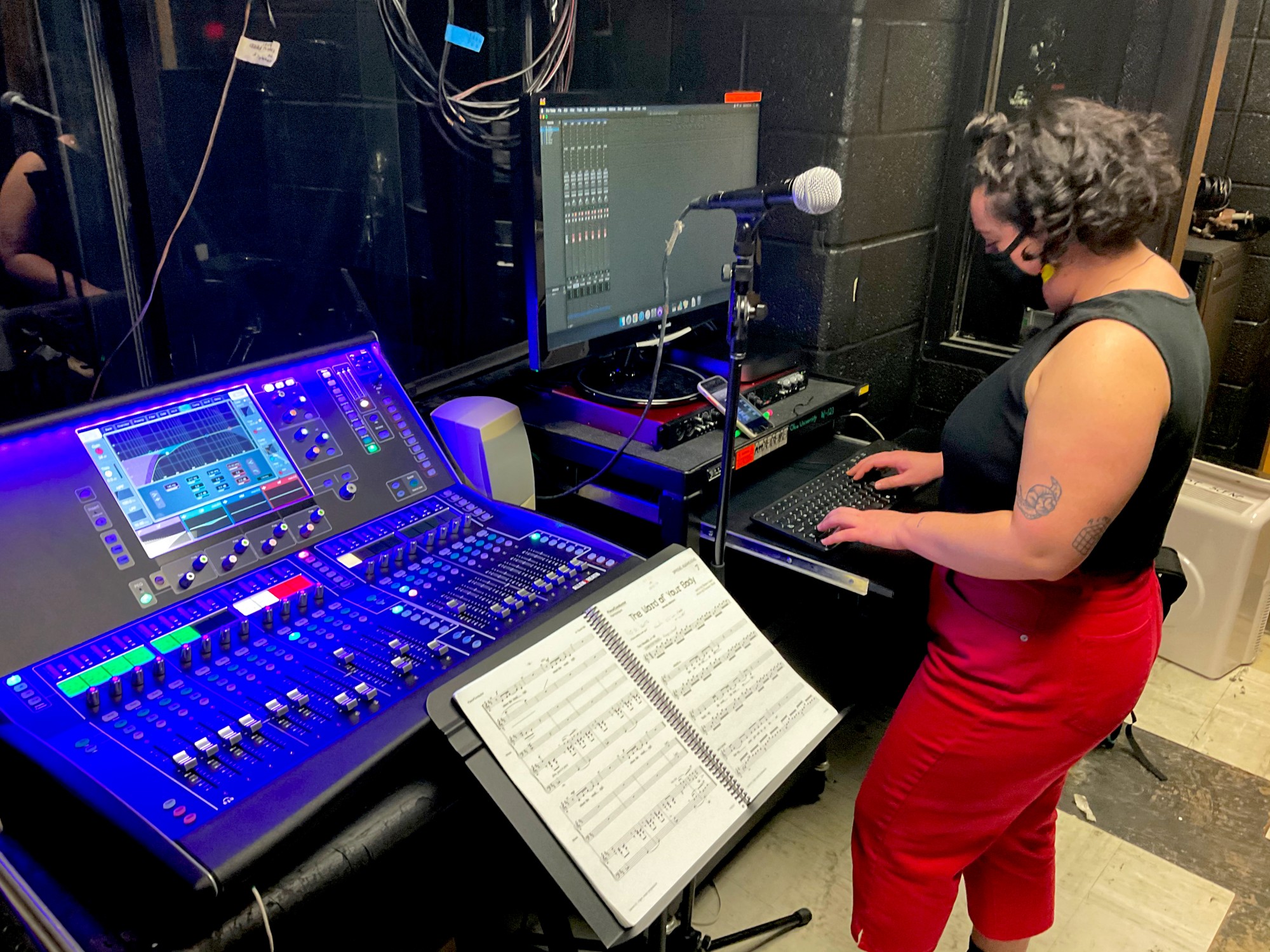 T he artists of Tantrum Theatre Company are still finding new, innovative ways to take on the challenges the COVID-19 pandemic presents for live performance.

The company will be presenting Spring Awakening, a rock musical about teenagers coming of age sexually during the late 19th century and the present day, focusing on the effects of adults withholding information from their children. The show will be streamed online, Roberto Di Donato, assistant producing director for Tantrum, said.

The majority of the cast is made up of students from the College of Fine Arts’ recently created musical theater major, and the performance will be their first full production within the program. Like Tantrum’s other productions, professional actors will also be joining the team as well as some members of Ohio University’s faculty.

Spring Awakening will be brought to life with a mix of self-filming, studio-recorded music, a crew from the school of film and portions filmed over Zoom. The creative team at Tantrum is using the mix of mediums to their creative advantage with the help of a digital editing team brought in specifically to assist with shows presented during the pandemic.

The scenes set in the late 19th century will be filmed over Zoom. Tyler Adams, the show’s dramaturge, researched and found crucial historical information about the era. The songs, which are set in the present day, will either be filmed in-person because of choreography or self-filmed by actors in their residences.

For in-person filming, precautions are being taken to protect both actors and crew from COVID-19, artistic director Michael Lincoln said. Four numbers chosen by Director Alan Patrick Kenny are being filmed outdoors by a film crew, and otherwise, actors are doing their best to make filming work.

“Some of the cast are living in a COVID-19 pod with other cast members,” Lincoln said. “Obviously, that would be a safe situation, and they could possibly tape each other doing musical numbers.”

Despite the limited circumstances in which actors can be together in person, Adams said there are still many unique opportunities that can be taken advantage of, like intensified choreography.

“There are pros and cons to everything with a musical,” Adams said. “If you're doing it traditionally, you can only make the choreography so difficult because (actors) have to be able to breathe and sing and do all these things. When you're pre-recording the music and then you're lip-synching to that track, then you can really turn up the gas and get some really cool stuff going.”

Otherwise, undergraduate students are taping their performances within their dorm rooms. Meanwhile, the older members of the cast are filming their parts from their homes in Cincinnati. Even the location of these actors was chosen strategically, Lincoln said, because of the pandemic.

“We hired three professional actors from Cincinnati, and they did that for the very purpose of if we needed to send them equipment, costumes, props (or) whatever, it would be an easy drive to get it to them,” Lincoln said.

COVID-19 is not the only safety issue being considered, as the production has brought on Emily Penick as an intimacy director, working on the production specifically to coordinate and oversee intimate actions taking place on the stage.

“Intimacy, on stage and on film, is choreography in a sense because it protects the performers mentally and physically,” Di Donato said. “If the intimate choreography doesn't happen exactly how everyone agreed, … we know, ‘OK, that was not what the choreography was. We need to readjust. We need to make sure that everyone is safe.’”

After struggling with finding a show with the correct kind of rights for filming and a lot of planning, Tantrum has brought together a year of experience during the pandemic and a range of professionals to continue to provide theatre experiences to both the people involved with the show and the audiences watching it.

“We didn't quite realize how big a project (Spring Awakening was),” Lincoln said. “But we could get rights to do it, and that was the critical thing. It's not less work. It's just a different kind of work.”

Information about streaming and ticket sales will be available on Tantrum’s website in the coming weeks.