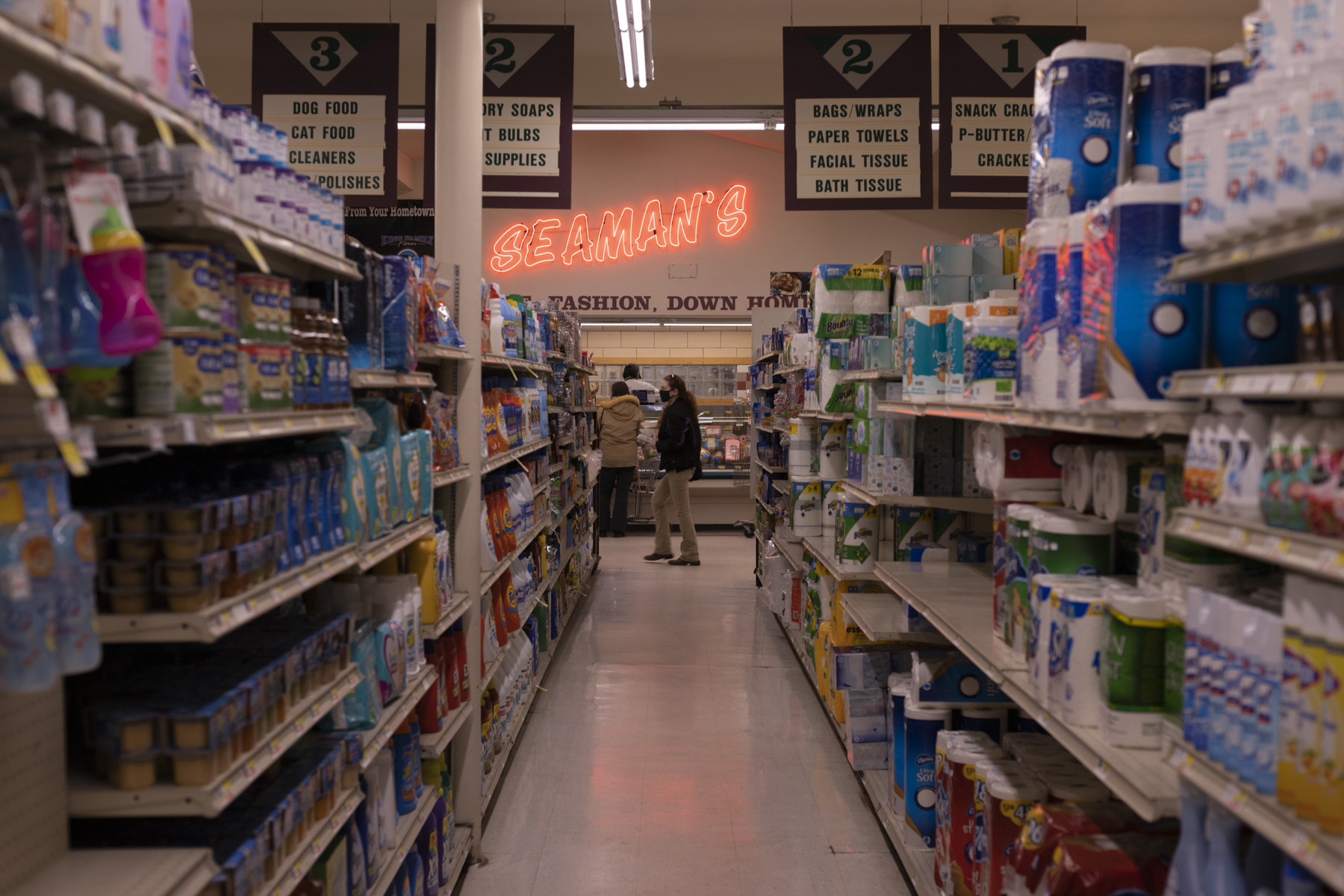 Seamans Grocery Store is where many Athens Residents shop for their day to day grocery items. Jan. 25, 2022.

Athens residents found themselves spending extra time in Kroger checking off their grocery lists after the store rearranged its stock in January.

Amy McCormick, corporate affairs manager for Kroger, said in an email the Athens store was reorganized to integrate Nature’s Market products through the store and expand its variety to customers.

Despite the resets being part of a regular procedural process for Kroger, it’s still a frustrating encounter for customers when it first happens.

Whenever they do it, everybody gets all upset,” Terry Smith, an Athens resident who has been shopping at Kroger since 1986, said. “But then, in three years when they do it again, everybody is mad because the way that they're used to is no longer the way it is, even though that's the way that they complained about two years before. It's just human nature.”

Unlike a store reset during any other year, the most recent store reset occurred during the COVID-19 pandemic with customers who simply wanted to get in and get out.

“This time, it was a lot different because we're in the middle of a pandemic,” Smith said. “So, here, they do a reset during this time so that when you go shopping, you end up going up and down aisles searching for stuff. They don't enforce the mask policy so, a lot of times, you're in an aisle with a couple of people standing around looking for stuff, and they're not wearing masks.”

Shannon Arnett, an Athens resident and a mom, said she felt an extra level of anxiety when shopping for groceries during the rearrangement process.

“As a newer mom who has taken this pandemic very seriously, the only time I go to Kroger is at 6 or 6:30 in the morning once a month to get our WIC qualified foods (WIC cannot be used with grocery pickup),” Arnett said in a message. “When I went in for my monthly trip last month, I nearly broke down in tears.”

Arnett said it does not seem like Kroger has a special time for customers who are at a higher risk of getting sick with COVID-19, and people are not wearing masks in the store.

“I try to get in and out as quick as possible, I (used) to know where everything I needed was, [and] I didn’t get half the stuff I usually do. And it’s the absolute worst time to force their shoppers to be indoors for a longer period of time during a huge spike in the pandemic, and not enforcing masks. It’s infuriating!” -Shannon Arnett, Athens resident and mom

When it comes to enforcing mask wearing, Sanford said she was not instructed to do so but is sympathetic to frustrations customers have.

“'I’ve never been in a position where I need to tell someone to put a mask on because I've been told by my superiors it is not my job,” Sanford said. “That also just creates a whole other direction and conversation with the customer, which is usually an argument.”

Despite this, Sanford is sympathetic to the frustrations customers have.

“I can see why that would be very annoying and frustrating that people do not comply, especially considering if you're in a store for 30 minutes to an hour, and then you have workers who have to wear their masks for eight plus hours,” Sanford said.

Grayson Schultz, an Athens resident, is immunocompromised and felt he was not able to successfully limit possible exposures to COVID-19 due to the layout change. Schultz also expressed frustration about what the Kroger brand is doing to protect its customers.

Because he is immunocompromised, Schultz tries to limit the amount of time he spends in Kroger.

“I think one of the things that's really frustrating with the Kroger layout change is you go in expecting to be able to do your 15-minute power walk or whatever to … limit your exposure and get out (to) go home. That's something that in the last several months of living here I have been able to figure out,” Schultz said. “Walking into the store the other day … I went for groceries last week, and seeing the entire layout change essentially made it a lot more difficult to be able to do that.”

Schultz echoed Arnett’s concern over the lack of mask-wearing and mask enforcement.

“I think even in the pandemic, if Kroger was actually enforcing masking rules or even with their staff, then it would be less irksome to walk in and see the layout change because I wouldn't necessarily feel as worried about spending more time in the store.” -Grayson Schultz, Athens resident

Others had issues with how specific foods were distributed. Angela Myers, an Athens resident, is unhappy with the way the organic, vegetarian and vegan options were organized throughout the store along with the lack of mask enforcement.

“The distribution of organic, vegetarian and vegan choices throughout the store are an unwelcome change for me,” Myers said in a message. “Along with Kroger’s unwillingness to enforce the city mask mandate (which makes me want to spend less time inside anyway) I have decided to spend more of my money at Kindred.”

Sue Morrow, an Athens resident, and Schultz said they would have liked a warning about the changes. Sanford said, unfortunately, a warning would not make much of a difference when things get swapped around.

“Honestly, a warning may have been nice for people who are not well with change, so then they can mentally prepare themselves to spend an extra 10 to 15 minutes in the store finding the couple items that they need,” Sanford said. “But, overall, I don't think it would have made a difference because, either way, you just have to adapt to the store changing. Corporate was going to do it anyway.”

As a result, some shoppers have made decisions to shop at other local grocers, such as Seaman’s Cardinal Supermarket, 305 W. Union St.

“Everybody's had enough change in their lives his last two years,” Morrow said. “But why add to that? Why add to the stress of that now?”