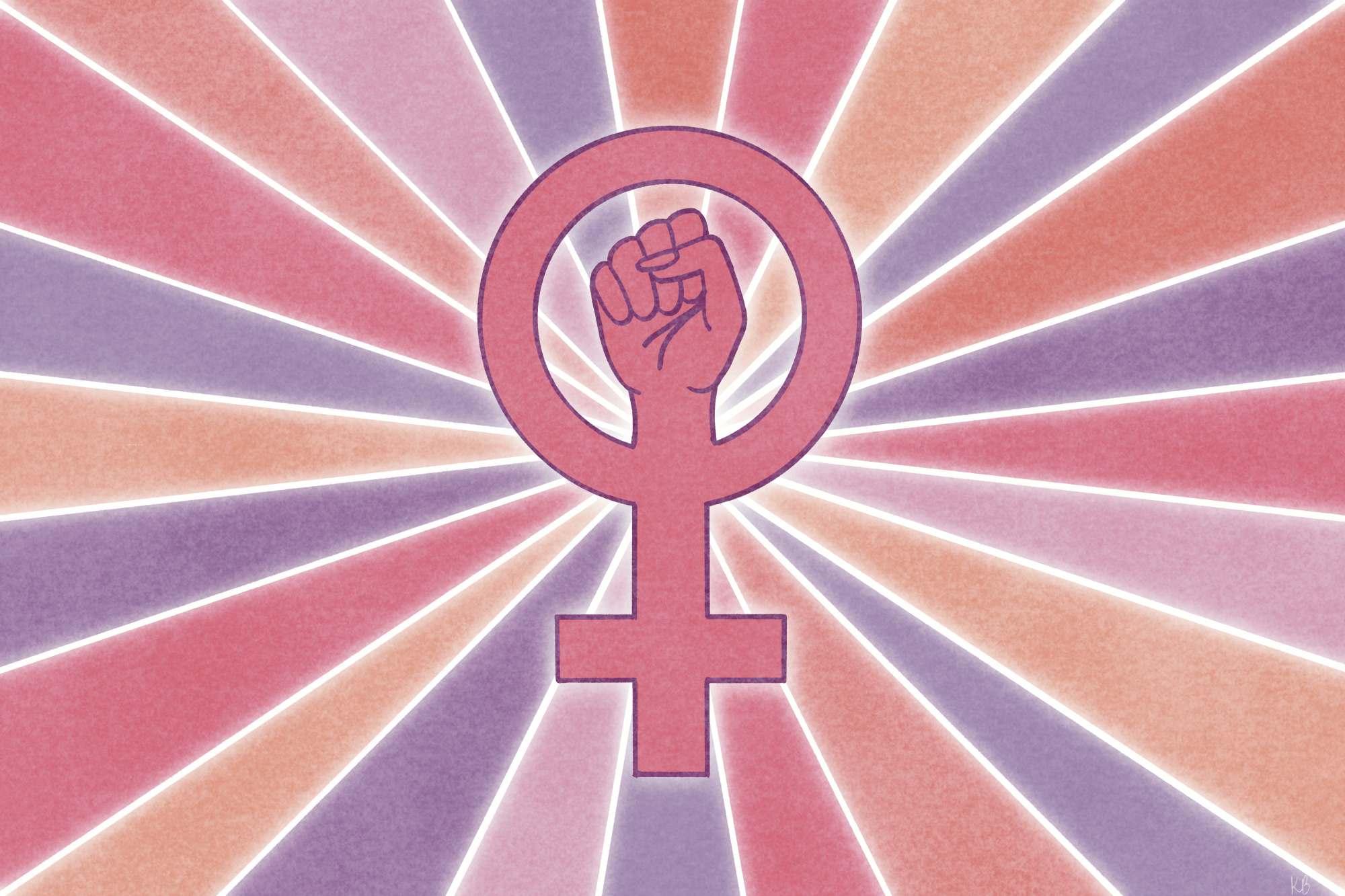 How students, professionals feel about women’s healthcare resources in Athens

Women’s healthcare resources in Athens are continuously discussed by individuals throughout the Ohio University student population and local community.

While accessing care can be challenging enough, there is also a lack of knowledge about the resources available in and around the area. Students and community members alike have tried to increase awareness over time and continue progressive conversation on the topic.

Patricia Stokes, an associate professor for women’s gender and sexuality studies, said there are levels to women’s healthcare in Athens and elsewhere in the U.S..

“There's the political level, and at the political level, a lack of control over one's reproductive capabilities is something that is not just a matter of healthcare, it's a matter of women being able to live full lives or other natal female people being able to live full lives,” Stokes said. “Without that, you're in some ways either at the mercy of your body, or you're basically never going to have sex.”

Mady Nutter, a senior studying journalism, is a health ambassador for OU, a cohead of sexual health and healthy relationships committee for POWER/GAMMA and a peer health educator with the National Association of Student Personnel Administrators. She frequently discusses reproductive health with students.

“I do think that reproductive health, being so often neglected or stigmatized as a health field, people are probably pretty hesitant to ask those kinds of questions, to know where the resources are,” Nutter said. “We have a good number of resources for people to utilize, but definitely awareness could always be increased, as well as the resources themselves could always stand to be improved or funded more thoroughly.”

The stigmatization of reproductive healthcare has also been a deterrent for women’s accessibility to care in Athens and the state of Ohio. In a report by American Progress, Ohio ranks 30th nationally for the women’s healthcare factors the report analyzed. Chlamydia, a sexually transmitted disease that can cause permanent damage for a women’s reproductive system, has increased 5% from 2018 to 2019 in females ages 15 to 44, according to America’s Health Rankings by the United Health Foundation.

Lucy Bucher, an obstetrician-gynecologist, or an OBGYN, at OhioHealth Physician Group Heritage College and Senior Director of Clinical Affairs at OhioHealth O’Bleness Hospital, said she receives many patients who carry their past trauma and healthcare experiences with them, which is especially prevalent in gynecologic care. Stigmatization has also been prevalent for transgender and gender-nonconforming individuals who seek care options, Bucher said, though O'Bleness works to make a comfortable environment for everybody seeking care.

Ohio Health Campus Care is often the closest source for students at OU seeking medical assistance. The facility hosts both urgent and primary care, which include gynological care and sexually transmitted infection testing, according to Ohio Health’s website.

“I think that Campus Care could improve specifically by asking more sensitive questions that avoid heteronormativity that make it less uncomfortable for the student to have to explain the fact that no, they're not pregnant because they're not having penetrative sex,” Olivia Tenoglia, a junior studying environmental studies and women’s gender and sexuality studies, said. “Addressing heteronormativity is an overarching issue with healthcare in general.”

In addition to those resources at the university, menstrual products can be found in Baker Center and Alden Library provided through Aunt Flow, a group with the mission of ensuring everyone has access to menstrual products. The program was introduced in fall 2019. According to a previous Post report, Aunt Flow has donated over 500,000 tampons and pads to Ohio University.

“I feel like students are fairly aware about it because it is in the main Baker bathrooms and then Alden,” Becky “Eliza” Ivan, a fifth-year studying political science pre-law and sociology-criminology and the president of OU’s Student Senate, said. “But I feel like there's not much awareness about other resources outside of menstrual products being in a few bathrooms on campus.”

As someone from the region, Tenoglia said she believes there are plenty of services within Athens, though there needs to be more communication for the students to be aware of their options.

“They don't have to go to Columbus or Cincinnati or Cleveland,” Tenoglia said. “They can stay local, they can pick a bus, they can take a local taxi service to access these resources, but I just don't feel like that's communicated very clearly.”

OhioHealth O'Bleness Hospital in Athens consists of two medical buildings along with the main hospital building. Housed on the O’Bleness campus is the Ohio Health Physician Group, Heritage College Obstetrics and Gynecology Office. The office may see over 100 patients a day in their facility, Bucher said.

The office provides resources from birth control to annual exams and pap smears, immunizations for HPV infection, pregnancy related visits and STI testing. This includes care for all ages, including menopausal and postmenopausal care, Bucher said. There is access to a surgery center at the hospital, as well as ultrasound machinery to provide breast imaging.

Bucher said the hospital has payment plans for patients who have difficulty paying for care. From a student insurance perspective, students may be limited to seeing the physicians at Campus Care first, but then O’Bleness works closely with the primary care physicians for any referral where additional care is needed.

While O’Bleness Hospital has attempted to provide as much care as possible, it has partnerships with OhioHealth Riverside Methodist Hospital and other Columbus OhioHealth facilities

“We are still a community hospital,” Bucher said. “We lack high level neonatal intensive care, and that sort of thing. And those sorts of things are not probably going to be highly utilized in a community the size of Athens. So we try really hard to partner with the OhioHealth system hospitals and Columbus that have those services.”

Planned Parenthood, located at 1005 East State St., has been a valuable resource for students and members of the Athens community. It provides birth control, emergency contraception, HIV services, preganancy testing and services, patient education and sexually transmitted disease testing, treatment and vaccination, according to their website. Services can range from around $30 to over $100, depending on what is needed.

The Athens facility does not contain an abortion clinic but gives resources and referrals for patients to seek abortions.

“Talking about how abortion is necessary if you're going to have any real sense of autonomy and control over your over your future if you're someone who can get pregnant,” Stokes said. “My feeling is that they [Planned Parenthood] don't seek a lot of publicity because even though they don't do abortions, they can still be targeted by protesters. And so I think they kind of try to keep a low profile and do their job.”

Bucher said the O’Bleness facility has received referrals from the center in the past. The center’s website said it pledges to give its patients accurate and evidence-based information, but Nutter said that isn’t the case.

“They look a lot like a reproductive health resource center, but they're not medical,” Nutter said. “They don't have to give you medically accurate information. They kind of lure in vulnerable people who are in need of pregnancy services or abortion services.”

The Pregnancy Resource Center of Athens County did not respond to The Post’s request for an interview.

Casa Nueva, a local Mexican restaurant located at 6 West State St., provides emergency contraception, or EC, at no cost to anyone in need with no questions asked. They were approached by Women Have Options Ohio, a statewide abortion fund, to begin the service.

“I don't think many people know that we provide EC, but those who do have been very supportive,” Grace Corbin, Casa Nueva’s marketing coordinator, said in an email. “We're glad to be able to help when help is needed.”

Though there are resources on and off campus for Ohio University students as well as for community members, there will always be a need for new resources and more awareness for women's healthcare.