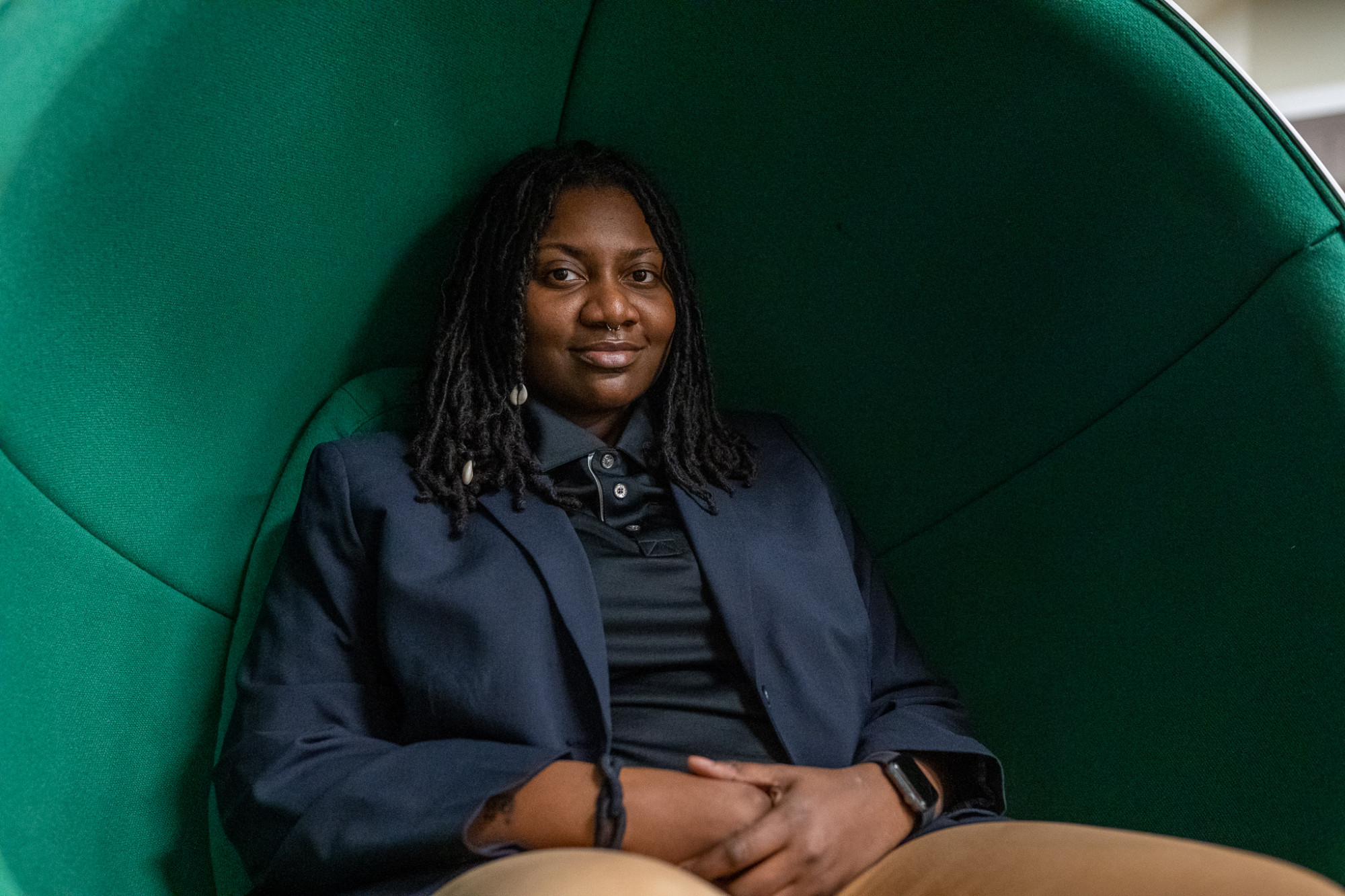 Ever since Hadiya Ray was young, she has dreamed of being a successful businesswoman and gaining the role of a prominent CEO in a reputable company.

Ray, who is now a freshman studying marketing, has held onto this dream as she has grown older, not only to reach the accomplishment, but also to fill a position that she hasn't seen enough in her lifetime: a Black woman in power.

This dream, Ray said, was widely influenced by the concept of Black excellence, a phrase representing the accomplishments of Black people. For some, these accomplishments are viewed as rarities in the Black population. Expectations for Black women and LGBTQ+ people are often much higher, while recognition for their success is less frequent.

“I think a lot of Black women work so hard because we want to be the face of things that we're not the face of,” — Hadiya Ray

During Black History Month, emphasis is placed on recognizing, appreciating and celebrating the accomplishments and hardships that Black Americans have endured.

However, amid praise for Black individuals' achievements, the concept of Black excellence has often been viewed as problematic, Ray said. It has placed pressure on Black individuals to perform exceptionally well and for mediocrity to not be accepted.

“Your average, normal Black people are not celebrated.” — Hadiya Ray

Daisha Hogan, a sophomore studying nursing, underscored that the expectations for Black people to succeed often manifest for her in the educational setting, as she feels not only the pressure to succeed overall but also that her white peers do not place her at the same level as them, further pushing her to have to prove herself.

“For people that look like me, they expect me to struggle and not get it the first time,” Hogan said. “I feel like your peers feel like you got an extra boost to even get in the same space that they did.”

For women of color specifically, Ray said that their excellence is measured differently than others, as their success is scrutinized much more than that of white people and is often viewed as intimidating when it is recognized at all.

“So I believe that when it comes to success (for) a woman of color … that makes people fearful because they're not used to seeing that being expressed freely.” — Hadiya Ray

“Society is built off of the success of white men,” Ray said. “So I believe that when it comes to success (for) a woman of color … that makes people fearful because they're not used to seeing that being expressed freely.”

Micah McCarey, director of the LGBT Center, said these statistics contribute to the overall pressure that Black students feel to not only achieve at the university but also to simply exist without their behaviors being on display.

“You feel like people are watching you because you're different. And that if you do something, it will be more remembered because you aren't like everybody else.” — Micah McCarey

“Since we don't have a ton of racial diversity at Ohio University, that often puts people of color in the position of being the only person of color in the class,” McCarey said. “That's a lot of pressure that you feel. You feel like people are watching you because you're different. And that if you do something, it will be more remembered because you aren't like everybody else.”

For Hogan, this selective attention was exemplified during an incident in one of her classes. While she was taking an exam, her professor came up to her and loudly commented about her hair and tried to touch it.

“You have to apologize to them for disrespecting your boundaries,” Hogan said. “You look around, people are watching and looking to see how you react and you just feel so small, like you're in a bubble.”

This discomfort, Ray said, is all too familiar for Black people standing up for themselves, as they are often viewed as accusatory, hostile or violent, which threatens the hard work they’ve put in, influencing the concept of Black excellence overall.

Despite the effects of speaking up on their own behalf, Black individuals are often expected to represent their communities and serve as spokespeople for the various issues that affect their lives.

McCarey, who is also a member of Athens City Council, said that within his political role, he is often expected to represent and offer answers on all matters pertaining to Black issues, as his position is perceived as a platform.

Through each of these roles that Black individuals are expected to fill, McCarey said internalized racism can often cause them to begin to doubt themselves and begin to resonate with the inferiority that others perceive of them as they are constantly trying to measure up and prove themselves.

“Internalized racism will even sometimes cause Black people to underestimate their own abilities,” McCarey said. “And that definitely interferes with African Americans' confidence entering different professional settings and opportunities.”

Trinity Robinson, a freshman studying finance and business analytics, said this manifests for her in the way that she speaks, as her language and behavior are meticulously observed and impact the potential opportunities she is offered. She often notices herself code-switching, a practice of changing the way one speaks based on the different group one is in, to fit the white standard.

“I often find myself code-switching …(because) if you talk a certain way, you're unprofessional, you're unfit to hold a certain position,” Robinson said. “And it could just be me talking relaxed, literally just slang, simple slang that they may use. But it's not okay when I use it, because of my skin … Because then it translates for you into being ghetto or being unprofessional or being unprepared.”

Aside from being a Black woman and the various pressures associated with that identity, the addition of a queer or trans identity can make for further challenging experiences.

Chelsea Tano, a sophomore studying psychology, discussed how these identities cannot simply stand alone and instead have to intersect with one another, to further impact the way an individual navigates societal expectations.

“Your identity, especially as a Black woman, it can't really be separated,” Tano said. “A Black queer woman, she can't just be Black and queer or a woman, it's all at once. Because all those identities represent the type of person that she is.”

“I would definitely say in the Black community, if anything, it's 10 times harder … to even come out,” Robinson said. “I know I don't see so many faces who are advocating for LGBTQ rights or different things like that because they're not even accepted in their own communities. So it's hard to advocate for a community when you've never felt a part of it in the first place because you're being berated and basically mentally abused to believe that you don't belong there in the first place.”

Robinson said her drive to achieve Black excellence was greatly influenced by the significant pressure placed on her intersecting identities.

“As a Black gay woman, I feel like I do have to go above and beyond in certain things as far as to not necessarily prove myself, but to show others that I can compete,” Robinson said. “And it's really unfortunate because nobody else has to do that … But I feel that I have to go above and beyond in how I apply myself or how much time I commit to a certain organization or something like that. So really internalizing Black excellence to me, if anything it drives me, because I know it's something that I want to achieve, but also I want to stimulate that for others.”

While there is a significant focus on Black individuals' excellence and ability to achieve, Tano said little attention is directed toward serious issues facing Black women and Black queer people, neglecting to offer them proper coverage from the media nor assistance from law enforcement. 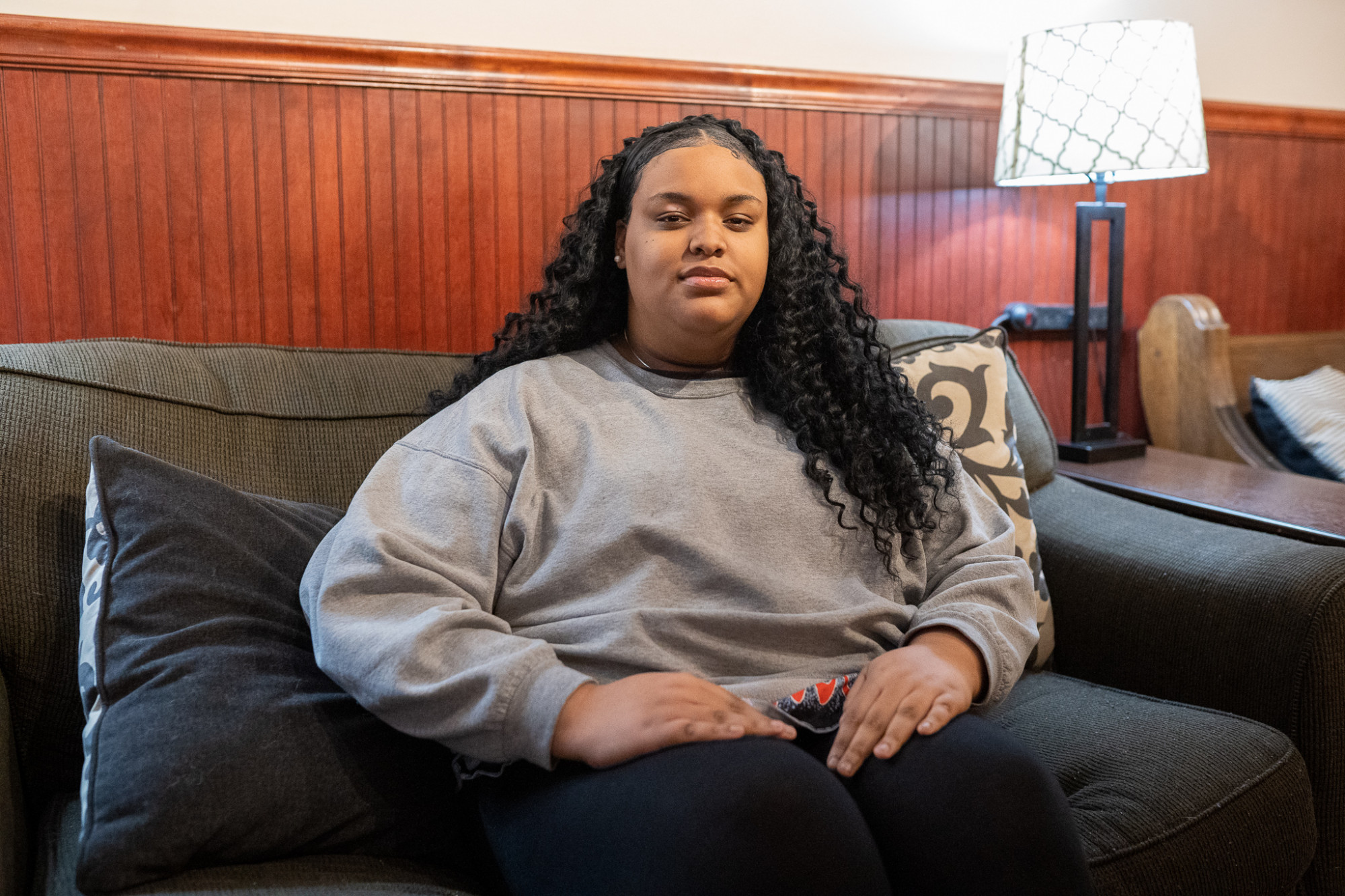 Hadiya Ray, a student at Ohio University, poses at Donkey Coffee on February 20, 2022 in Athens, Ohio.

“Black women are placed on the backburner, so a lot of things get unnoticed,” Tano said. “A lot of sexual assaults … are really seen as not a big deal. It's under the table a little bit. So it's sad to see different ways how Black women get taken advantage of.”

Robinson believes that turning to Black individuals to enrich another race of these inequalities and disparities can be deeply burdening to them. While she said that ignorance is often taught at home, Robinson stresses that the conversations surrounding these topics must be discussed in other settings.

“To say that should be taught at home and we should leave that as a home issue is contributing to the problem if anything, because then when you get to the university then its (that) mindset that's been carried … for years, about how other races just should not exist. There are some people that hold that mindset currently at this university. I have interacted with them,” Robinson said.

For the university and other individuals to reframe the narrative their implicit biases place onto the success of Black individuals and to teach white individuals about the Black community, McCarey said it is important to engage in opportunities to educate oneself and reflect on the prejudices that one may uphold.

“For people to stop subconsciously underestimating, they have to identify their biases, and that takes such intentional reflective work,” McCarey said. “Like, looking at opportunities to go to programs where you'll be challenged to reflect on your agency and combating racism, sexism, transphobia. I would say that's really where the work has to happen.”

While there is significant societal pressure for Black and queer women to achieve insurmountable feats, Robinson said her pride in her identities goes beyond the expectations, and she hopes to help others to feel the same way.

“This country was built on the backs of Black women, and Black women are one of the strongest groups of individuals I have ever witnessed,” Robinson said. “I love being a Black woman and uplifting and inspiring other Black women to love not only the skin that they're in, but the qualities that they possess.”

While these expectations of success come with their own difficulties, Ray said it is important for Black women to not let them cloud their perception of success and instead embrace their individuality.

“Being Black is beautiful,” Ray said. “Being unique is beautiful. Every gender is beautiful. And our uniqueness, our things that make us different, things that separate us, should never be looked down upon, because in the end, it's what makes us the melting pot that we're known for being.”