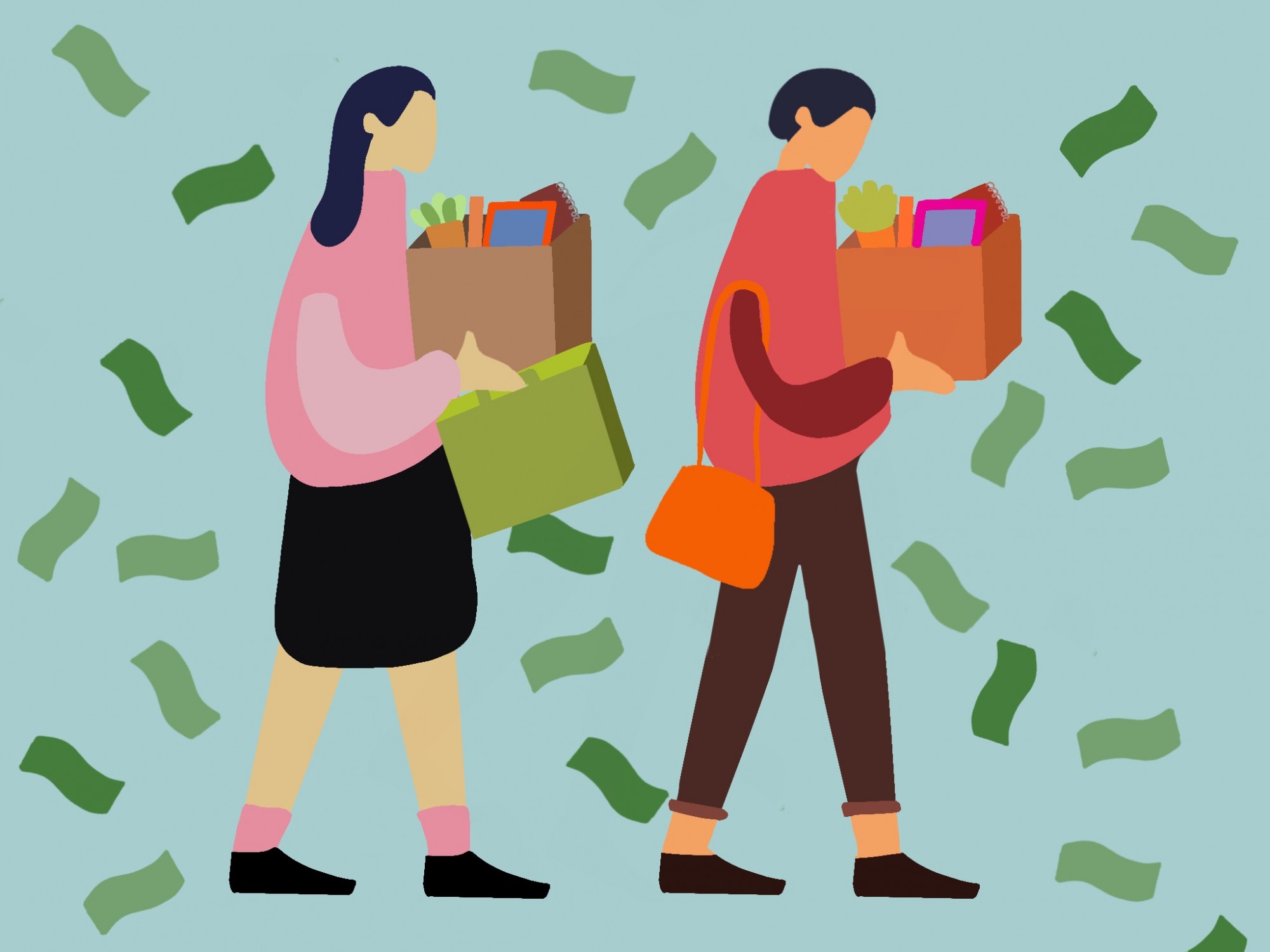 F or over a year, faculty in departments that experienced mass layoffs in 2020 have had to grapple with the understanding that their time at Ohio University would be coming to a close when the academic year finished.

The impact of those layoffs has been far-reaching, contributing to a sense of demoralization, weakening academic programs and a need for stronger protections of instructional faculty at OU.

In May 2020, under outgoing President Duane Nellis’ leadership, 53 instructional faculty members across university departments were notified their contracts would not be renewed by the university, according to a previous Post report. They were given one year notices and were officially let go by the university at the conclusion of the 2020-21 school year.

In addition to the instructional faculty layoffs, OU cut 81 employee positions and laid off 140 employees that were a part of OU’s American Federation of State, County and Municipal Employees, or AFSCME.

Rebecca Collins, a professor in the College of Arts and Sciences — which lost a total of 44 employee positions — was notified spring 2020 her contract would not be renewed by the university.

Collins appealed her non-renewal; however, her appeal was denied by Faculty Senate in May 2021. Collins’ last day of teaching is August 15. Senate did not respond to The Post’s request for comment on Collin’s appeal.

Collins said she first heard rumors of potential layoffs in spring 2019, nearly a year before the financial struggles associated with the COVID-19 pandemic started to impact the university.

From the moment she received notice in April 2020 that four individuals would potentially receive non-renewal notices in the sociology and anthropology department alone, Collins said she was on edge every day, as she was unsure when, or how, it would happen.

Loren Lybarger, president of the university’s chapter of the American Association of University Professors, or OU-AAUP, emphasised the vulnerability of instructional faculty members to potential layoffs, as their contracts provide little protection.

“We were at least able to vent and talk to each other. It doesn't make it any less stressful because you don't want it to be anybody.”—Rebecca Collins, professor in the College of Arts and Sciences

“What all this has revealed has been the lack of job security and appeal rights for the instructional faculty,” Lybarger said. “They can be hired and fired at will, and that's just part of their contract. This is a long standing concern of our chapter, is the erosion of tenure.”

Collins said she even submitted her appeal to generate conversations regarding the protections afforded to instructional faculty, knowing it would likely be denied.

“It greatly affects morale, especially as an instructional faculty member, because we don't have any protection,” Collins said. “It's still kind of disturbing that you do everything that you're supposed to do, and you get the highest promotion that you can receive as an instructional faculty member, and then a month later they tell you that you're getting a non-renewal. It's pretty disheartening.”

That demoralization is associated with losing colleagues who have been at OU for years, the connections and friendships that have been formed and all the hard work those individuals did for their departments, Lybarger said.

Collins also described the importance of the relationships she had with the other instructional faculty in the sociology department — Amanda Cox, Holly Ningard and Roberta Roberson — who were very close and worried for one another during this process. Roberson’s contract was also not renewed.

“We were at least able to vent and talk to each other,” Collins said. “It doesn't make it any less stressful because you don't want it to be anybody.”

Not only were those professors academically important to the university and students that they served, Lybarger said, they were valued within their department's culture, and they generated large amounts of revenue at the university by teaching large introductory-level courses.

“We're just kneecapping these really critical programs,” Lybarger said. “You weaken the academic quality of OU by weakening the faculty.”

Collins taught courses with a minimum of 75 students in each class section. She also has a specialized background in criminology and was the sole professor of the highly-popular deviant behavior course.

“In sociology, Becca Collins was a beloved instructor whose courses were filled to the brim. She was bringing in a lot of revenue to the university,” Lybarger said. “This is something that we need to remember: faculty generate the revenue at OU.”

Olivia Gemarro, an OU alumna who graduated in 2021 and studied sociology and English, said she owes much to Collins and the experiences she gained through her courses.

“It really is a different experience with professor Collins, and I feel like anyone who doesn't get that experience is at a huge loss,” Gemarro said. “She also was only one who teaches a course called deviant behavior, so you are losing a specialization that — and this goes for other departments, too — other professors can't or don't even want to cover.”

Gemarro was motivated last year when the layoffs were announced to start a Twitter account called SaveOUrProfs, which advocates for professors who have been laid off and keeps its followers updated on important events regarding layoffs.

Here’s what we’re losing with these professors being laid off: a thread

Lybarger also emphasized the importance of students' role moving forward, as they can continue to advocate on behalf of their educational experience.

“I think students definitely have an advocacy role to play. Make your voices heard and alumni too, because in the end ... the value of your degree is directly connected to the quality of the academic programs and the academic reputation of OU,” Lybarger said.

A number of faculty and students responded over the past year by hosting protests and demonstrations in support of those whose contracts were not renewed by the university and in opposition of future faculty cuts.

Gemarro further emphasized the importance of social advocacy and continues to receive feedback on her ongoing Twitter posts. She and Lybarger both said they will continue to advocate for those who have lost their jobs at OU and for the importance of academics at institutions of higher education.

“(SaveOUrProfs) started like a student and alumni resistance in a way,” Gemarro said. “The movement on social media, I think it's really just telling that the community is willing to fight back and stand up against the upper administrators' decisions.”

Leatherwood said the university is in partnership with Deloitte Consulting, a firm which will conduct a university-wide analysis of administrative functions this summer. According to OU’s website, the goal of this project is to “identify strategic opportunities for restructuring, streamlining, and/or increasing the efficiency of administrative functions to best support student experience and success while ensuring the financial health of the institution.”

While the university has not announced any plans for further layoffs or administrative restructuring, the effects of last summer's layoffs are everlasting for those who gave years to Ohio University.

“I’ve given 12 plus years in terms of my faculty career here…I planned the birth of my children around my classes; I can't give any more when I've been so disrespected,” Collins said. “I loved my job. I love this university, but with the exception of my students, this university didn't love me back.”