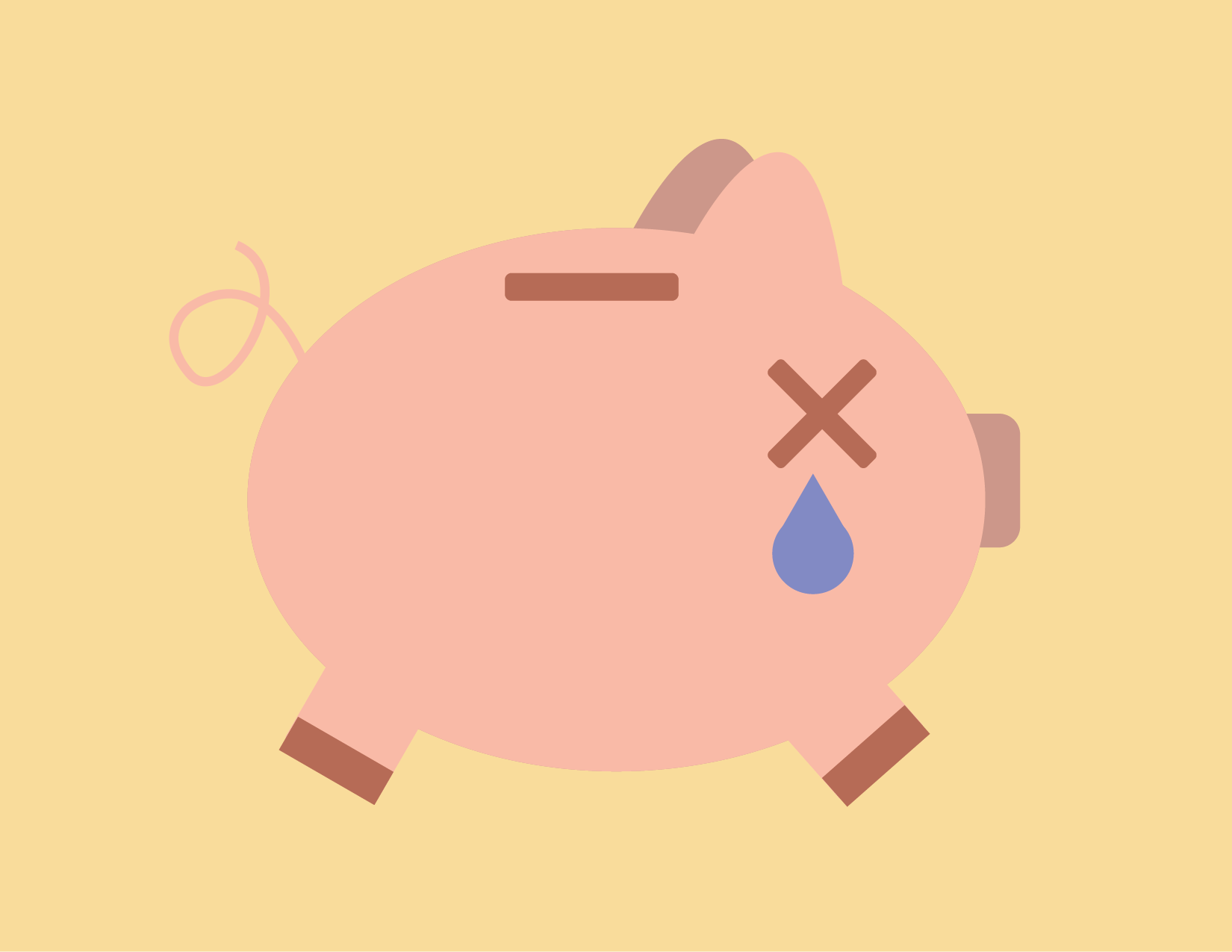 Debates over a proposed federal minimum wage change persist in 2021

S ince March 2020, billionaires have gained over $1 trillion since the start of the pandemic. On the other hand, millions of Americans have been financially struggling this last year. The coronavirus pandemic didn’t create income inequality but surely stretched it further.

As a result, many are advocating for an increase in the federal minimum wage to $15 per hour, which would create a $15 rate nationally. Richard Vedder, the author of Out of Work: Unemployment and Government in Twentieth-Century America and an economics professor at Ohio University, explained the origin of the law.

“At the time when the minimum wage went into effect, nationally, the unemployment rate was nearly 20% and had been very high for the last eight or nine years,” Vedder said. “So that was the impetus for the minimum wage.”

The Fair Labor Standards Act of 1938 prohibited child labor and limited the work week to 44 hours. The first minimum wage law was set at 25 cents an hour and was passed as a part of Franklin D. Roosevelt’s New Deal.

“The laws were advocated on the basis that if we can raise the wages of workers from what they currently are to a higher wage, we will move some workers out of poverty or make them better off. They’ll ease the suffering,” Vedder said.

Vedder disagrees on the effectiveness of raising the minimum wage to curb income inequality.

“You can argue it’s not a very good way to target the poor,” Vedder said. “It’s a crude way and an inefficient way.”

For some, these programs are preferential because there’s skepticism on how raising the minimum wage could impact unemployment. Bradley Kennedy, a junior studying political science who serves as the political director of OU College Republicans, expressed concerns that an increase would have on businesses.

“I would say their hearts are in the right place, but raising the minimum wage to $15 isn’t exactly the best way to do it,” Kennedy said.

Kennedy, a self-described “Ron Paul” Republican, believes that an increase to $15 could cause an increase in unemployment, could raise the price of goods and eventually create a situation where the economics balance out so that the increase isn’t felt. Instead, he prefers a different approach.

“I would say the best way is to get rid of unnecessary government spending,” Kennedy said. “That way, taxes could be lower for everyone else around because there’s a lot of things that you could argue the government spends millions on each year that they don’t need to spend that much on.”

Kennedy specified TSA as an example of a program that Americans spend too much on. Kennedy said independent studies have shown that people sneak contraband through the security system anyway, so it’s an expense that needs to be reconsidered.

Nationally, 57% of Republicans and Republican-leaning independents oppose raising the minimum wage to $15.

“I definitely support a minimum wage increase,” Kalil said.“I haven’t wrapped my head about what that number would look like, as far as, you know, is it $12 an hour? Is it $15 an hour like folks have kicked around?”

Kalil has never worked a minimum wage job and has always lived in a higher income household in Ashtabula. Nonetheless, his reading on the minimum wage causes him to believe that pros outweigh the cons of an increase.

“Even if I’m paying 10 more cents for a hamburger at McDonald’s, to see someone else have a three, four or five, maybe $6 increase in their minimum wage, I’m OK with that,” Kalil said.

Kalil expressed support for further policies like UBI and negative income tax credit. He believed UBI could be a success depending on its implementation and also believes that poorer individuals shouldn’t be paying as much as wealthy individuals in taxes.

Some people who do not politically identify as a Democrat believe the minimum wage should be increased.

Betty Miller, a senior majoring in political science and minoring in Black studies, who also serves as the president of the Black Student Cultural Programming Board and co-founder of the Black Student Organization Coalition, doesn’t fully embrace either party but supports raising the minimum wage.

“The Democrats and the Republicans have shown that they do not really take the minorities or marginalized groups as a concern,” Miller said. “It's more so a political strategy on who they think they can get out. And that's really shown throughout history.”

While she dreams of being a lawyer one day, a job that would pay far more than minimum wage, she has loads of experience with less glamorous jobs. She’s worked at Nelson Dining Court in Athens and at Steelcraft, at Amazon Fulfilment Center and Delivery, as a lifeguard and at Taco Bell in her hometown of Cincinnati.

“I am (in favor of raising it to $15) and honestly, I think it should be raised more,” Miller said.

Miller cited the racial wealth gap and the cost of living as reasons to increase the minimum wage above $15. She said a $15 minimum wage would be great for students and dependents but wouldn’t be a living wage for individuals who have more things to worry about than books.

George Ofori-Atta, a graduate student at OU who is majoring in African studies and is specifically researching the legacy of British imperialism in Ghana, is also in favor of raising the federal minimum wage to $15. 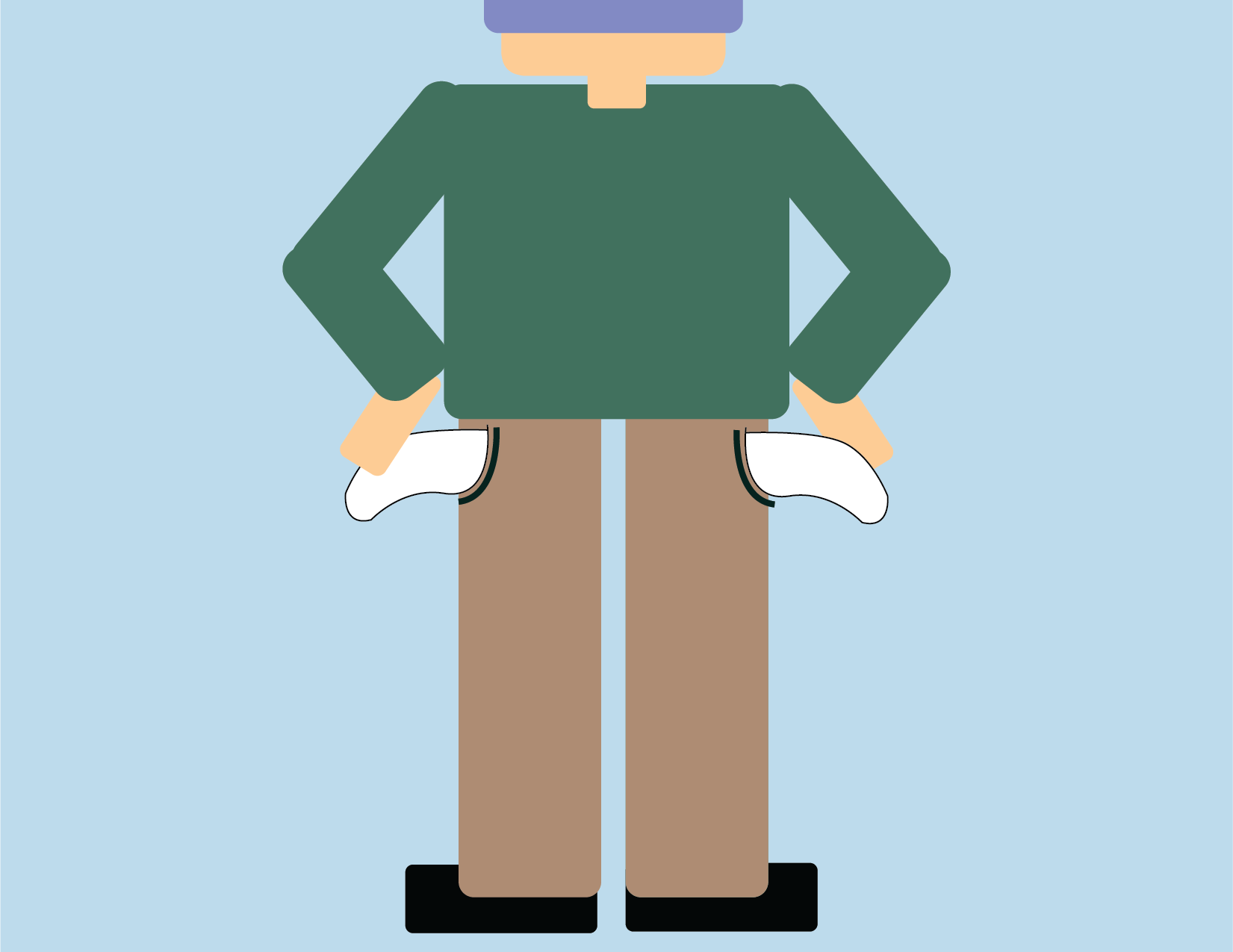 Ofori-Atta got his undergraduate degree in political studies from Kwame Nkrumah University of Science and Technology.

“If there is an opportunity that we are going to increase this minimum wage to 15, I think it's a great idea, especially looking at how even the economy's run in a moment, where we are afraid that it might collapse,” Ofori-Atta said.

Ofori-Atta believed that increasing the minimum wage would motivate people to work harder due to higher pay, stimulate consumer spending and also believed an increase could help International students on campus.

“So I mean, it has had a huge impact on us. And I sometimes imagine how international students are able to support themselves in a foreign law school. You have been able to put together some programs that have been very supportive,” Ofori-Atta said.

Ofori-Atta also believed that businesses may lay off people in the short term, but the long-term and racial impacts would outweigh possible problems.

There was much conversation around whether or not businesses would cut workers if there was a minimum wage increase, but Alicia Cordell, the human resources manager at Casa Nueva, believes that it shouldn’t be a concern.

Casa Nueva already pays its workers higher than minimum wage at $11 per hour. The company gives raises to employees after 1,000 hours and is a union-owned restaurant, meaning there’s not one central manager.

“Maybe there will be a short-term impact, but the ripple effects would be positive,” Cordell said. “It would be a net gain if workers could afford where they’re living.”

Cordell believes businesses would be impacted differently depending on the region. For example, it would affect Athens and Columbus differently.

Los Angeles County is one place in America that already has a $15 minimum wage. Athens County and Los Angeles County are in two different states, have different climates and are known for radically different things, but one thing they have in common is a resident named Nathan Bouie, a 2019 graduate of Ohio University and Ohio-in-LA alumni.

Bouie used Ohio-in-LA to get out west and believes that his job at Nelson, which paid $9.55 an hour, is actually harder than his current gig at HBO. Bouie believes that a minimum wage increase would be useful, despite detractors.

“I feel it’s like when people always mentioned raising the minimum wage, I always say like, ‘well, like what if you raise the minimum wage,’ but then they’ll be like ‘but won’t companies raise the prices of things?’ but that’s not how it works,” Bouie said.

“Putting more money in people's pockets can't get hurt, unless they’re doing illegal things,” Bouie said. “Obviously not but as far as people struggling, check the check. I personally see no issue associated with more money in their pockets.”

Bouie said that a UBI could possibly pay his rent and would help people in Appalachia support their families better. Ultimately, he believes Americans need to do a better job of supporting policies that will help one another.

“I think as a country, we kind of need to look more toward each other and care more about how we all live,” Bouie said. “I think once you can kind of get together and be more unified and focus on things, that (will) kind of help us all grow together.”