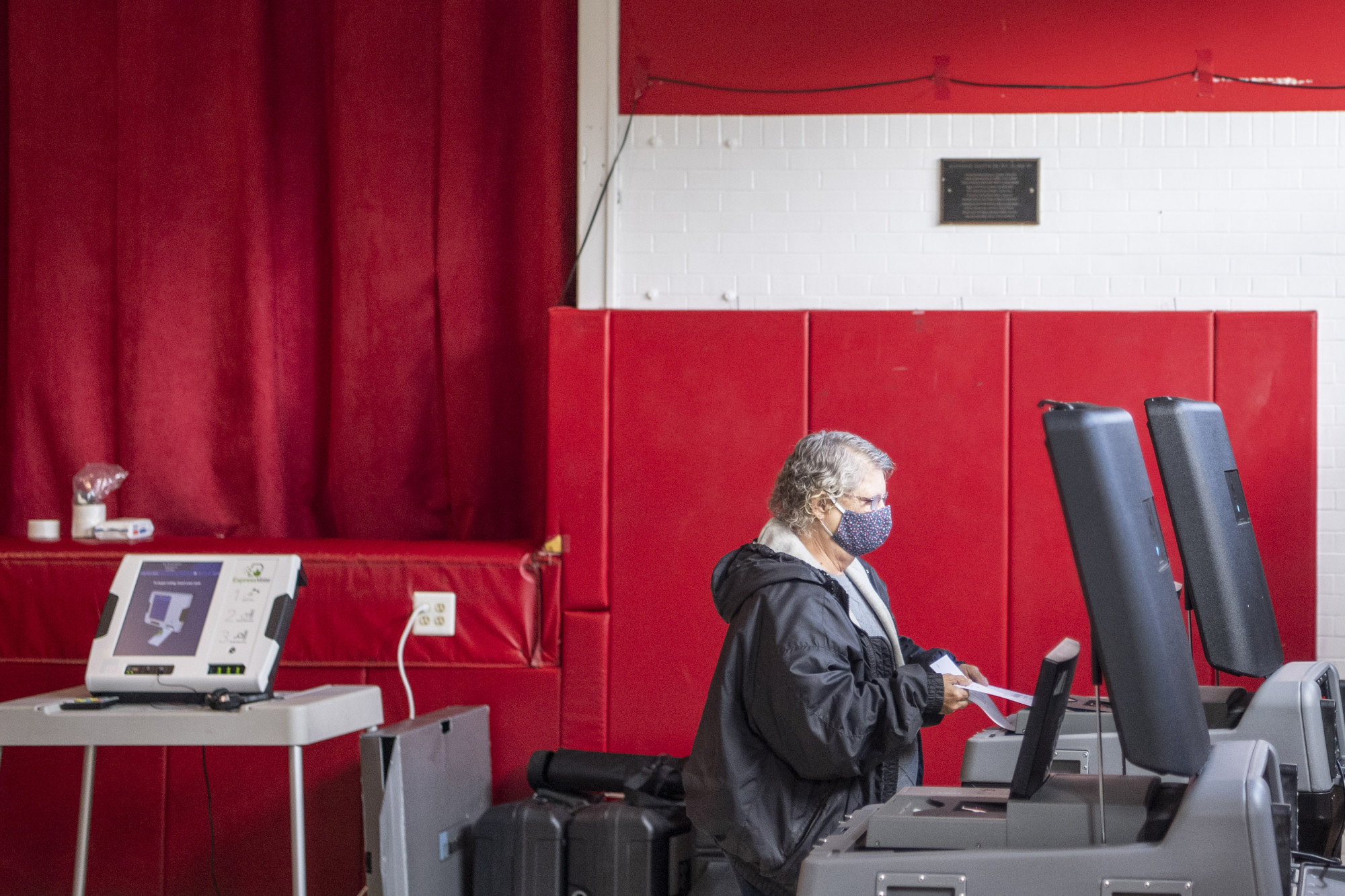 Dona Marks puts her ballot in the casting machine at the Shade Community Center polling location in Shade, ohio, on Nov. 2nd, 2021.

According to a previous Post report, the confusion that occurred last year was merely a result of human error, not election fraud.

A sign informing voters votes cast for O’Neill would not be counted was mistakenly left up after the Athens County Board of Elections disqualified her from running. However, the decision was overruled by the Ohio Supreme Court.

The issue was resolved and ruled that 883 votes might have been affected by the incident. However, the end difference between the candidates’ number of votes was just too high to have changed the outcome of the election.

“That was just a miscommunication and error that happened,” Tony Brooks, deputy director for the Board of Elections, said. “A sign was left in a booth by accident by a worker. That was all it was.”

To reduce the chances of a situation like this happening again, the Board of Elections has created a checklist for poll workers to ensure nothing is left in a voting booth, Brooks said.

“The staff at the Board of Elections just reminded everybody to keep watching for this kind of thing,” Pete Couladis, a poll worker and chairman of the Athens County Republicans, said. “And make sure that people don't leave literature or any kind of information there advocating for or against a candidate.”

Blake Regan, president of the Alexander Board of Education, said the only role Alexander has in the election is to provide the Alexander Recreation Center – the space used as a polling location.

The individuals working the polls are responsible for making sure the voting booths are clear of any materials after a voter had left the booth, Couladis said.

“The poll workers there should have seen that,” Couladis said. “They should have been watching these booths to make sure that nobody leaves … a piece of literature.”

Couladis also touched on the idea that some voters assumed it was the fault of the Board of Elections and filed a complaint with the Board last year.

“There's very unlikely voter fraud in the state of Ohio because we follow the secretary of state's guidelines,” Brooks said. “Our equipment is secured and not connected to any internet or anything. People make mistakes, and there’s going to be mistakes at some point, but nothing is ever not fixable.”