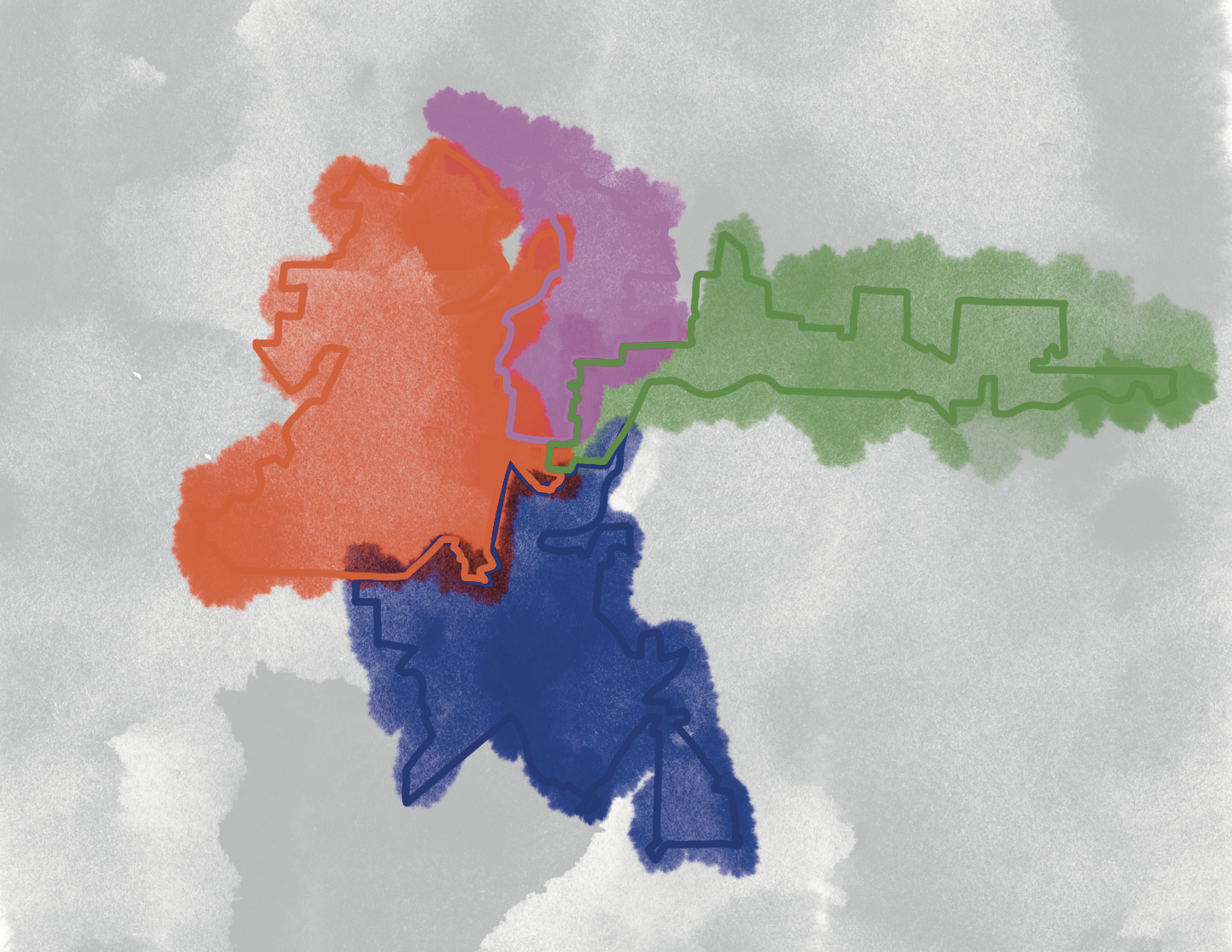 hough Athens City Council operates as a united representative body, there are slight distinctions between the positions and each representative's reasoning behind serving.

Council is composed of nine members, three of whom are At-Large representatives, tasked with representing the city of Athens and their constituents as a whole.

Councilman Sam Crowl, D-3rd Ward, said he was originally interested in running as a Third Ward candidate after the former Third Ward councilwoman approached him about running for the position, indicating she would be vacating it.

Having grown up in the Third Ward, Crowl believed he would fulfill the position well due to his knowledge of the area and the issues those individuals face.

“I thought Ward Three is not only obviously where I live now, but it is also where I grew up and where my parents live, so I felt like I knew this area of the city very, very well,” Crowl said. “I care a great deal about (Athens), so I thought I might be a voice of reason or a solid voice on Council.”

However, Crowl said, in practice, the distinction between an At-Large representative and a Ward representative is only visible when a constituent of his Ward approaches him regarding a specific issue.

“For example, we are talking about parking fee changes. The city administration has proposed a change raising some of the parking fees, and I have a local neighbor of mine who approached me about these changes, particularly to the motorcycle permit fee increase,” Crowl said. “Because he's in my Ward, I want to represent him. So, I contacted the city to find out why they were proposing that they raise these rates and what had their rates been in the past and what do other cities charge for this or the university charge for this? So, I can provide that information to him.”

However, for Councilman Micah McCarey, D-At Large, the decision of running At-Large versus for a Ward seat wasn’t one he had to consider initially. He was appointed by the Athens Democratic Party in June for the seat he is currently in after former councilwoman Beth Clodfelter vacated the position.

“I feel very fortunate to be in an At-Large position. I understand from even just conversations with our City Council president that, practically, there's not a big difference between the At-Large seats and a Ward seat,” McCarey said. “Conceptually … it’s, for me, really enjoyable for me to be able to think pretty holistically about the city.”

McCarey reiterated that all council members weigh in on decisions that impact the city beyond a specific Ward. At-Large members, despite representing a larger number of individuals, do not possess more power in decision-making within Council, he said.

Damon Krane, a candidate for an At-Large seat this election season, said one of the biggest reasons he decided to run for one of the three seats this year is due to the nature of the race itself.

“The only race we see in the city where there are four, five, six candidates (running) is the At-Large race, and I think a result of that is that the discussion that happens at candidate forums and in questionnaires tends to be much richer. It addresses a lot more city issues,” Krane said. “I wanted to also run in that context where there'd be that opportunity to talk more about a wider variety of city issues with a wider variety of candidates.

With his interest in the position resting upon open debate, Krane said he was disappointed with the Democratic candidates’ absence at candidate forums that are open to all of them over the past few weeks

There are five individuals running for the three seats Tuesday, with Krane and Iris Virjee running as Independents and McCarey, Ben Ziff and Sarah Grace running for reelection as Democrats.

Contrary to Krane’s reasoning, Jeff Risner, D-2nd Ward, said he doesn't enjoy running in an election that is opposed by members of his own party. Risner is running for his sixth term on Council unopposed, and he has served on the body for nearly 10 years.

“I wouldn't want to try to bump someone out of their seat, or maybe they did better than me, and I'd be beaten,” Risner said.

Risner said he has focused on issues such as traffic control, flash flooding and a lack of commercial space within his Ward. Additionally, based on the way the Ward maps are drawn, part of the Ohio University campus falls within Risner’s jurisdiction, and he wishes students would be more active in voicing the issues they face.

Despite representatives and potential candidates expressing different rationale for running for Council, the distinction remains minimal.

“I do think that being At-Large is an interesting position because you do have more flexibility about how you get involved because you don't have this parameter of you're really just this Ward representative,” Crowl said. “But, in essence, when we are all up sitting in Council talking about things, there's not a great distinction between being a Ward representative or being an At-Large.”