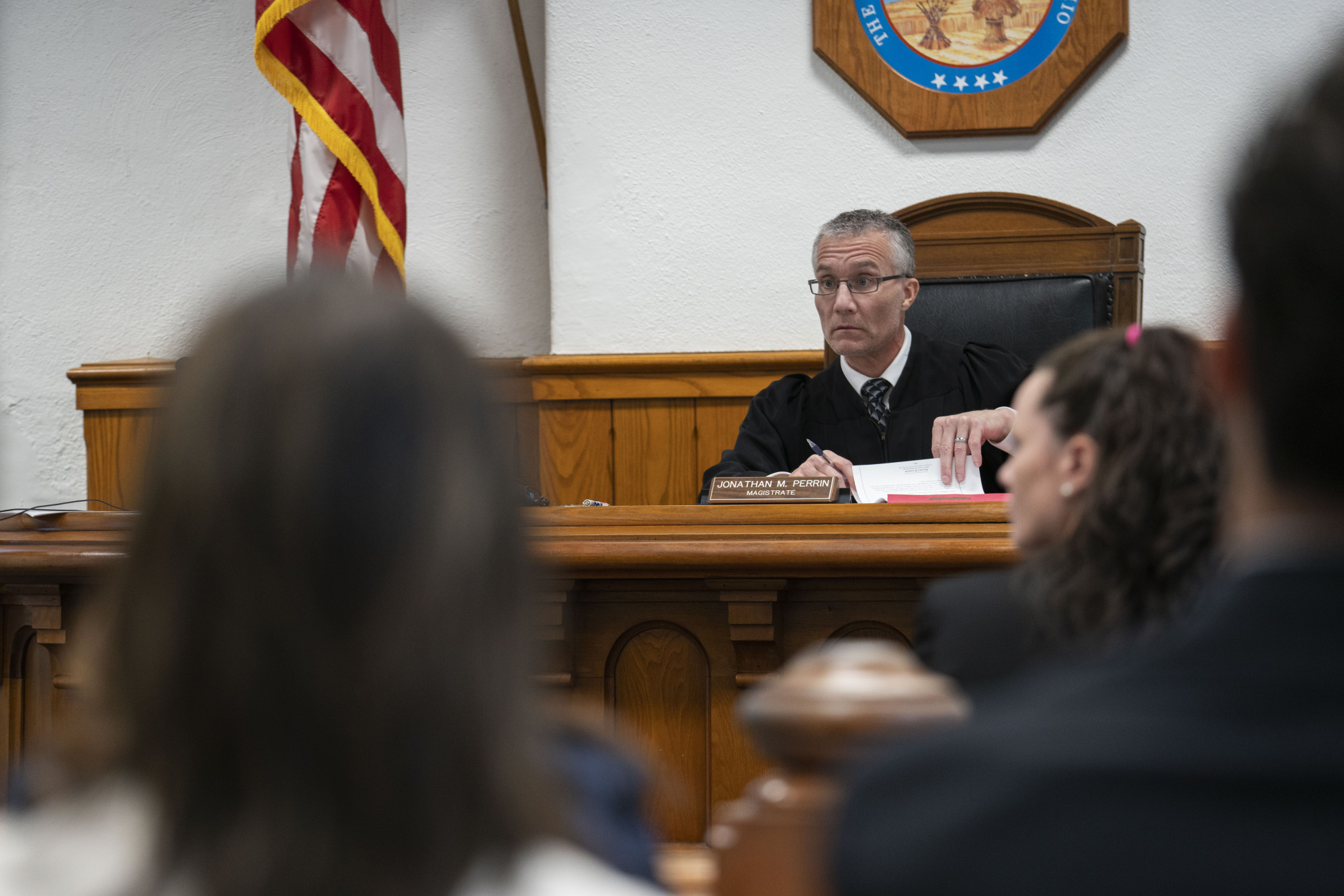 Ohio University implemented numerous hazing education measures this semester in accordance with Collin’s Law that have strived to make OU students more aware of power-based violence such as hazing.

In July, Ohio Gov. Mike DeWine signed the anti-hazing legislation into law following its unanimous passing in the Ohio House and Ohio Senate earlier in June. Collin’s Law, otherwise known as Senate Bill 126, is named in memoriam of Collin Wiant, an OU student who died of asphyxiation in November 2018 at the unofficial Sigma Pi annex house.

According to a previous Post report, after Collin’s death, his family learned he had been beaten, belted, waterboarded and forced to take drugs.

Prior to its signing, support for the bill was reinforced in March when various Ohio public university presidents, including former OU President Duane Nellis, signed a letter urging the passing of the legislation.

The letter followed the death of Bowling Green State University student Stone Foltz, who died in a hazing-related incident in March.

As part of the legislation, Collin’s Law, which officially went into effect in October, raises certain hazing penalties from a misdemeanor to a felony. It also requires universities to keep a public record of all student organization Code of Conduct violations. The law additionally stipulates that universities need to develop educational plans for preventing hazing at such institutions.

In accordance with the legislation, OU implemented mandatory hazing education modules for all faculty, staff and students in September. According to a previous Post report, the modules covered why hazing is illegal, what the university community can do to prevent hazing and information about what hazing is.

“Some of the modules or learning platforms that I’m looking at, I think are really going to change the game in that they will be engaging and hopefully facilitate some person-to-person conversation next year,” Ariel Tarosky, director of Sorority and Fraternity Life, said. “I think that this was a good starting point to at least facilitate a conversation for our community this year, and we're actually one of the universities that are ahead of the game with all of our other peers in the state, so I think we did a good job this year.”

Tarosky said the modules are particularly important for the entire student body because hazing is power-based violence that may occur in any student organization, and students need to know how to identify hazing and what steps to take in supporting other students.

On Monday, the Singing Men of Ohio was issued a cease and desist order for allegedly violating the Student Code of Conduct and endangering the health and safety of its members.

In July, both Sigma Chi fraternity and Delta Tau Delta fraternity were suspended from campus for numerous code of conduct violations, including reports of hazing.

As of Dec. 1, only 7,087 students have completed the training module. Carly Leatherwood, a university spokesperson, said that number continues to increase, and the university expects 100% compliance for incoming students who will complete the modules as part of orientation.

OU also implemented a hazing education course, known as UC 1500, that new members of sororities and fraternities on campus were required to take in the Fall Semester. The course concluded in November and strived to lead discussions on hazing prevention, bystander intervention, power-based violence and the transition into Greek Life and academic success.

Allison Lusk, a freshman studying business management who is also a member of a sorority on campus, said it was particularly interesting to learn about the history of the sororities and fraternities on campus outside of the chapter of which she is a member.

“I really think that it helped them not only transition to college, but helped them get a deeper understanding of their sorority and fraternity experience,” Tarosky said. “You could tell we were talking with them about things that I don't think they necessarily have talked about prior and their fraternity and sorority new member experience.”

Lusk also said she enjoyed the discussion element of the course because other students would mention a point of view on a particular topic that she hadn’t necessarily considered.

While Lusk maintained the course was primarily Greek Life centered, she said some of the topics would be useful for all students on a daily basis.

“We did a whole entire week on the make respect visible … campaign. I saw those posters everywhere, but I didn't know what they meant or anything,” Lusk said. “It was beneficial to learn about that kind of stuff and if I probably didn't join a sorority, I wouldn't have learned anything about that.”

Tarosky said the course, in its first year, was primarily education focused, as many students, faculty and staff did not know what hazing was or their role in preventing such behavior.

Tarosky added that she is a member of task forces that talk about hazing education that would be consistent for all universities in Ohio and is working to create robust education for staff, faculty and students moving forward.