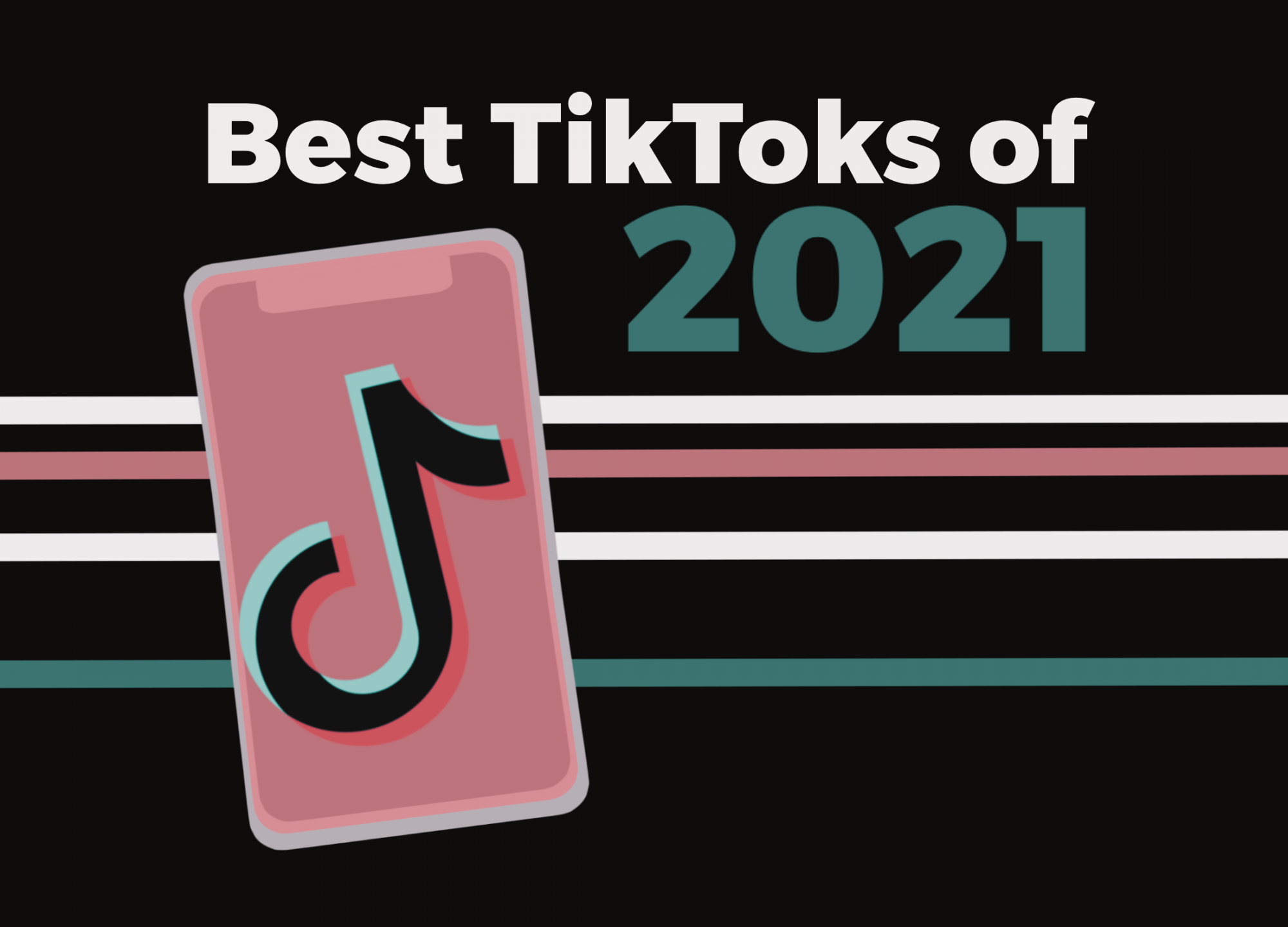 As the looming cloud of finals nears, everyone needs a break and some time to de-stress. There’s no better way to relax than scrolling on TikTok and revisiting a few of the best 2021 had to offer. The video sharing app has become a social media platform where one can get sucked in for hours on end, and for good reason, too.

The videos are highly entertaining with an algorithm that will specifically cater a “for you” page with all of your personal interests. This year had some of the best and funniest TikToks to date, and we’re here to share them with you. Here are the best TikToks of 2021:

Focusing on college Greek life, specifically sororities at the University of Alabama, #BamaRush took TikTok by storm during the 2021 recruitment week. Both interesting and entertaining, viewers could vicariously live through those rushing and experience the phenomenon without actually participating. While there were videos giving the serious and actual competitive nature of the whole process, many parodies were made about the absurdness of the whole tradition.

This is the dog that has been keeping everyone going this year. Johnathan Graziano is the owner of Noodles, a chubby 13-year-old pug who has become the new daily horoscope. Graziano wakes Noodles every morning to decide if he has “bones for the day.” If Noodles stays sitting up for a few seconds then it’s a “bones day,” which is a day of productivity and hard work. If Noodles doesn’t stand then it’s a “no bones day,” where one should take time for self-care and rest.

Remember this cringey TikTok that nearly flipped the app onto its head? Lauren Zarras posted a video of her surprising her boyfriend at college, only to find him on the couch with three other girls. Theories on red flags in the video and whether or not he’s cheating on Zarras surfaced along with parodies and people recreating their own takes, which have become just as popular as the original.

Dancing with your bestie to “TWINNEM”

The most wholesome trend to show off your bestie or anyone who’s your partner in crime. “TWINNEM” is a song by Coi Leray and has been used more than four million times on TikTok, as duos pose with the beats and lyrics in various positions with their own personal twinnem. It’s a cute idea and a great way to showcase the bond you have with someone.

A sound that even Queen Swift used herself, “Wildest Dreams (Taylor’s Version)” became the song for wanting to feel transported to an enchanted and ethereal state of mind. Videos typically have someone turn away from the camera at the bridge of the song before moving to have a seamless transition into another viewpoint. It’s a trend that can make anyone feel like a main character.

This ultimate nostalgia sound is from The Backyardigans, which had several bop songs that most people seem to forget about. Almost in the same manner as the Little Einsteins theme song, “Castaways” blew up suddenly on TikTok, and everybody was on board. The chill and tropical sound was perfect for the summer time when it began to gain traction, and everyone was happy to vibe along.

From the infamous 2007 Starburst commercial, the “berries and cream” sound had a strong hold on all sides of TikTok. Known for the catchy tune and “little lad dance” from Jack Ferver dressed in a Victorian little boy’s outfit, berries and cream became a viral sensation once more. Many recreated the dance themselves, and multiple pop culture remixes were made as well.

Running away to Mitski’s “Nobody”

Using Mitski’s song “Nobody,” a trend began with Tiktokers running away from the camera and the person filming in over the top and exaggerated ways to the beginning chorus of the song. Adding text such as “When they ask you when you’re getting your license” and “When you realize you have to show interest and flirt to get a boyfriend,” people have found humor in the relatable way of running away from one’s problems.

More well known for the videos that followed after, the origins of this laughable sound begin with Kyle DeNigris, the voice actor for Boozoo from The Walten Files. DeNigris video-replied to a comment asking if he voiced the character by crying and asking over and over again, “What are you doing in my house?” The camera then pans to a picture of the fictional Boozoo responding, “I want waffle fries.” The sound blew up for the various ways it could be used, and it eventually became a popular trend.

Cute animals plus whimsical piano music in the background equal the most adorable TikTok trend. It all started with the user @june_banoon who recorded a video of a cat walking towards them and sang, “Here comes the boy, hello boy, welcome.” June's soft and elegant voice started a chain of other TikTok musicians adding in their own instrumentals underneath the singing. Since then, people have used the fully composed sound to create their own lovable videos.