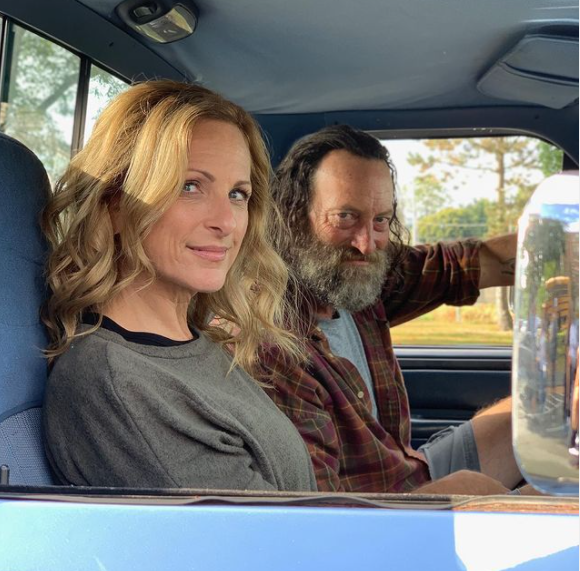 Coda’ is now streaming on Apple TV. (Photo provided via @codafilm on Instagram)

The best independent films of 2021

For the purposes of this ranking, an independent film can be defined as any movie with a budget smaller than $50 million that had its initial premiere at a film festival and which will be available on American video on demand by the end of the 2021 calendar year. The films are also limited to many films that have been screened at the combined festivals of Sundance, SXSW and Tribeca.

Language Lessons is important for its timeliness because it takes place entirely over Zoom. Indie pioneer Mark Duplass co-wrote and co-starred in the film with filmmaker Natalie Morales in her directorial debut about a man who receives Spanish lessons as a birthday gift. Morales plays the Spanish teacher and Duplass her respective student. Despite their relationship being entirely virtual, both characters end up divulging into matters of their personal lives. The filmmaking constraints prove major assets in depicting each individual’s sense of isolation. There is no shortage of emotional depth in the static of the computer screen thanks to the dedication of the leads who clearly poured their hearts and souls into getting the film made. It’s sure to be a relic of COVID era cinema.

Language Lessons is available to rent on VOD.

Try Harder! is a youth-focused documentary from the Sundance run. Its topic of coverage? Students at an ultra competitive high school in California preparing to attend Ivy Leagues. Try Harder!’s high stakes blend refreshingly with the general silliness of 16-year-old antics. Debbie Lum’s choice of student characters to follow over the course of the film covers most of the bases. From those who attend their school due to their parents’ pressure to those who attend it because they have internalized their own fate, the mid-adolescent crisis is palpable. The doc is simultaneously spellbinding and saddening in its coverage of SAT prep, extracurricular multitasking and racial bias (the school is predominantly Asian, and students are lectured about how they might be qualified for a college but still not considered ideal candidates). Its entertainment is somewhat bittersweet, but being able to see what the students have accomplished is more than worthwhile.

Try Harder! will be released on Dec. 3.

From the sound designer of Whiplash comes a similarly themed story about a woman who pushes herself to the brink in the world of college rowing. Isabelle Fuhrman (best known as Esther from The Orphan) delivers a powerhouse performance in the lead role of Alex. Her addict mentality coincides with her physical transformation in that she visibly hollows out over the course of the movie. The chilly New England backdrop adds to the compelling sentiment of rivalry, for which Alex’s biggest opposition is her own demons. Although certainly not entirely original, the film’s slick aesthetic (reminiscent of The Social Network), punchy sound design, and Furhman’s performance make The Novice a film worth watching.

The Novice will be released on Dec. 17.

Rebecca Hall’s directorial debut boasts the most recognizable stars on the list: Tessa Thompson, Ruth Negga, Andre Holland and Alexander Skarsgård. However, its smaller budget and arthouse feel give the movie an indie edge. Shot in high contrast black and white, Hall adapts the 20th century novel of the same name with considerable respectful distance. A mostly still camera with its fair share of long shots, it’s not exactly one of those movies people can just throw on. It does require a bit of patience. But a tentative viewer will be rewarded with a contemplative exploration of the color line, female relationships and power. The movie is visually compelling enough to watch without sound, with an “each scene a painting” kind of ornateness. It’s a special movie with more than a few possible interpretations.

Passing is streaming on Netflix.

CODA, as the Little Miss Sunshine of 2021, was THE Sundance hit of the year. The film sweeped most of the major awards at the festival and went on to secure a major deal with Apple TV. Its story is pretty much a straight remake of the French film La Famille Bélier, but adapted to fit American musical stylings and American Sign Language. Its sincerity proves to be its biggest asset. Witnessing the return of Oscar winner Marlee Matlin to contemporary audiences is a win on its own, but Emilia Jones’ earnest performance in the lead elevates the movie to classic status. Sian Heder’s humble filmmaking competence allows for the acting to take over. It’s a meat and potatoes kind of movie about family and finding one’s way in the world. It’s a total crowd pleaser and well worth the mere 90 minutes it takes to cheer its viewer up.

CODA is streaming on Apple TV.

Mass had its initial premiere at Sundance film festival, where it was picked up by Bleeker Street. The film stars Raising Hope alum Martha Plimpton and British veteran actor Jason Isaacs as a couple who has been struck by tragedy. They meet with the parents of the perpetrator of their son’s death. Set in the beige mid-winter neutrality of a church, Mass could have easily been a one-act play. It doesn’t quite need the filmmaking medium, to be perfectly honest. But it would be cruel to deprive anyone of the lead actors’ performances. Plimpton’s maternal counterpart is played by the highly underrated Ann Dowd, who would win an Oscar if life was fair. Her misery is devastating, and her portrayal of guilt unmatched. Mass is a difficult movie to recommend because of its subject matter, and its title isn’t an overstatement. It's a brutal two hours. But the script is so rich and the tension so palpable that it would be wrong to consider it any less than one of the best films of the year.