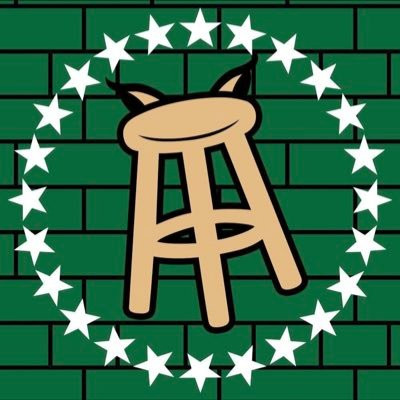 There’s always content to be produced and shared from our small, messy, beautiful town (Photo provided by @BarstoolOH via Twitter).

There’s a reason why we always say “I’m gonna get put on Barstool'' before doing something embarrassing in public: The devil works hard, but OU Barstool works harder.

When it comes to recapping all things interesting, hilarious and downright cringeworthy at Ohio University, Bobcat Barstool is the simmering hot tabloid of all the sins we accumulate in Athens. Whether it’s capturing freshmen making out at Red Brick, your roommate doing a round-off into your perfectly painted beer pong table or Brianna Chickenfry popping a champagne bottle into a crowd, there’s always content to be produced and shared from our small, messy, beautiful town.

Thankfully, Bobcat Barstool holds us accountable for it all. Here are the funniest and most defining posts from 2021:

Cereal in a Crystal pitcher

If you’re partaking in Athens summer, this is the one successful way to start your morning. In fact, it should be essential in your morning routine after a rough night out on the bricks.

Eating your favorite cereal out of a Crystal pitcher is a true OU delicacy, if you will. Posted on May 19, this picture truly set the tone for just how spontaneous, unforgettable and surprisingly enjoyable a summer in Athens always proves to be.

There’s no feeling quite like pouring your Cinnamon Toast Crunch into the pitcher from last night that you somehow woke up with this morning. Pro tip: make sure to wash out the alcohol a few times before adding the cereal and milk (unless you prefer cereal with a nice hint of Bud Light).

Sled Fest in anything but a sled on Jeff Hill

When you go to college in the Midwest, they really should tell you to pack a sled. How are you supposed to just know that Sled Fest will happen on a random Tuesday night in the middle of January? You don’t. Luckily, you don’t need one if you’re a resourceful (laundry basket owning) Bobcat.

Whatever brave soul first took the plunge down Jeff Hill on Jan. 26 couldn’t have foreseen the chain of reactions that were immediately set in action. Suddenly, everyone dropped what they were doing, bundled up and began looking for anything possible to use as a sled for the steep hill. That is, anything but an actual snow sled.

While most went down in laundry baskets, others took to blue dorm carts, mattresses and even soggy cardboard boxes. If anything, this post shows just how innovative and creative Bobcats are for the means of some clean, wholesome fun.

Sometimes mistaken for the Spider-Man: No Way Home trailer, this post was about another legendary event that happened on a random Tuesday in Athens. Without a doubt, the Spider-Man shuffle was truly “one of the best shuffles Court Street has ever seen,” per @barstooloh’s caption.

Posted on Feb. 23, the shuffle showed hundreds of Spider-Men flocking all around the street, shooting spidey webs at the bars and running around the sidewalks in the middle of the night. As a matter of fact, the group was so large, it stopped traffic proceeding toward the end of Court Street near Courtside Pizza.

While we may never know who our friendly Spider-Men are, this town could surely use another Spider-Man shuffle sometime soon.

If a night could exist as both exceptional and disappointing, it would probably be this one.

On March 20, the men’s basketball team gave Athens all the reason to celebrate. When the No. 13 seeded Ohio Bobcats beat the No. 3 seeded Virginia Cavaliers in the first round of the NCAA tournament, absolute mayhem and chaos took over Court Street in honor of the win. Despite the current mask mandate, capacity restrictions and social distancing protocols, all orders were dismissed as the crowds became uncontrollable. People were flooding the streets, crowd surfing, climbing light poles, overpopulating the bars, being arrested and destroying property before the events could be broken up by police.

While the victory was sweet, the aftermath was anything but. When videos surfaced online of students crowding tightly without masks, the comments on even Bobcat Barstool were not happy about the negligence of the safety restrictions. While this isn’t the proudest moment in 2021’s record, it’s still one of the most memorable nights we’ll have from our years in Athens.

Flipping into the pool at beach party

What a lovely coincidence it was for the annual beach party to be ensuing as parents were moving in their sophomore students to Bromley Hall; it’s one heck of a neighborly welcome.

From all the videos that circulated from the beach party on South Congress during Welcome Weekend, this Bobcat Barstool post was the one that circulated the most. Not only does the post show an impressive backflip from a second story window into the pool, but it also shows the individual opening a beer and chugging it on the dismount. If that’s not true OU patriotism at its finest, we don’t know what is.

Brianna Chickenfry partying in the rain

Out of every single post in 2021, this one in particular comes out on top. When Barstool’s Brianna LaPaglia, known as Brianna Chickenfry, came to town, it was a big win for OU’s Barstool content.

As the third stop on her College Dropout Tour, the 22-year-old showed up with her team on Oct. 14 to have a weekend full of meet-and-greets, partying on Mill Street and even hosting a banger in the pouring rain.

When LaPaglia was scheduled to host a party outside on South Congress, not even the torrential rain could stop her from creating one of the biggest crowds on OU’s campus in years. Despite the weather, the champagne was flowing, and no one cared if their hair or clothes were soaking wet.

If you follow Barstool founder Dave Portnoy’s One Bite Pizza reviews, you’re definitely familiar with the Blocks Pizza Deli review featuring the armless special guest who passes by. It’s the mystery of how the armless man could possibly be pulling a suitcase that led to the overwhelming popularity and half a million views.

After the review went viral, a few Bobcats decided it was time for Courtside Pizza to finally get the One Bite review it’s always deserved. In September, two individuals created a parody of the Blocks Pizza Deli review right in front of Courtside, which was later commented on by Portnoy himself.

Although the video doesn’t make it all the way to the official rating, we know that it would be a solid 9.9 on the One Bite scale; everyone knows the rules.