Ohio University’s campus is not new to flooding issues from the nearby Hocking River.

The original settlers came up the Hocking River to the land the university sits on in 1797 and built houses and established a town, according to the 1804-2004 edition of Ohio University Press. During those days, the river provided a means of transportation and the start of a milling industry.

The community continued to grow and the Hocking Canal was opened in 1843, but soon began losing business to railroads. Its use came to an end in 1873 when the canal bed and its towpath were ruined by a flood. 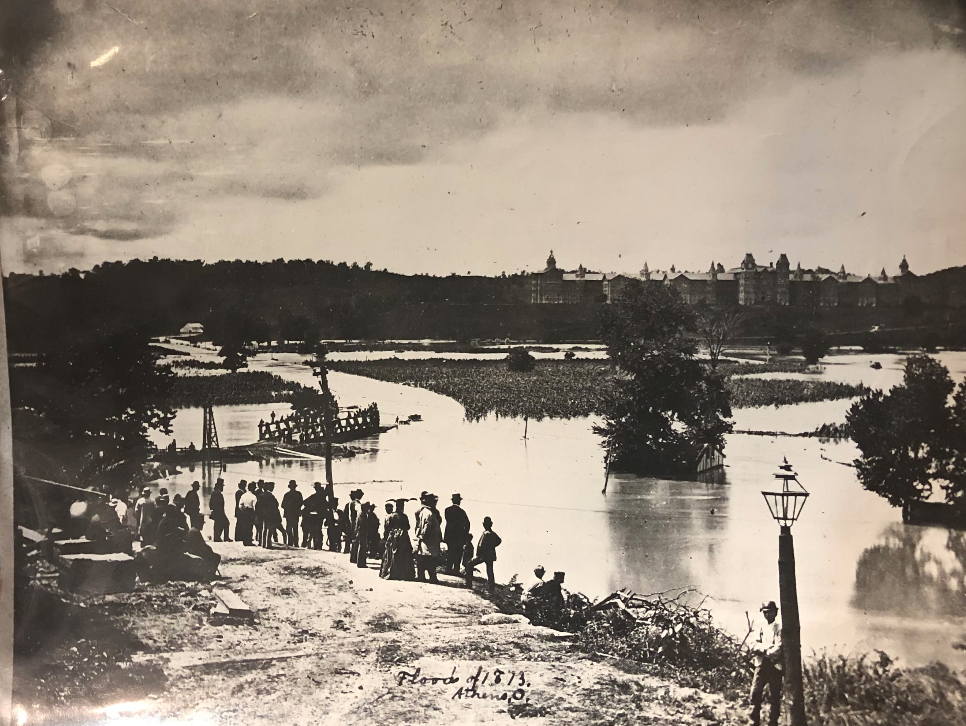 One of the first floods documented on OU’s campus from 1873, with The Ridges visible in the background.

Various floods happened throughout the 1900s, however, it wasn’t until later in the 1960s when the campus endured its more devastating floods.

In March of 1963, a flood said to be Athens’ worst in 35 years, hit nearby areas along the Hocking River and the Ohio River Valley, according to a previous Post article. The flood overtook four residence hall’s electricity on East Green. The entire West Green landscape was also flooded.

About 700 West Green residents and 200 Athens residents were evacuated for eight days and the flood caused $1 million dollars in damages, according to a previous Post article.

Water flooded the basements of McCracken Hall, Grover Center, Peden Stadium and others, according to the April 1963 edition of The Ohio Alumnus. The Hocking River reached a crest of approximately 24 feet. 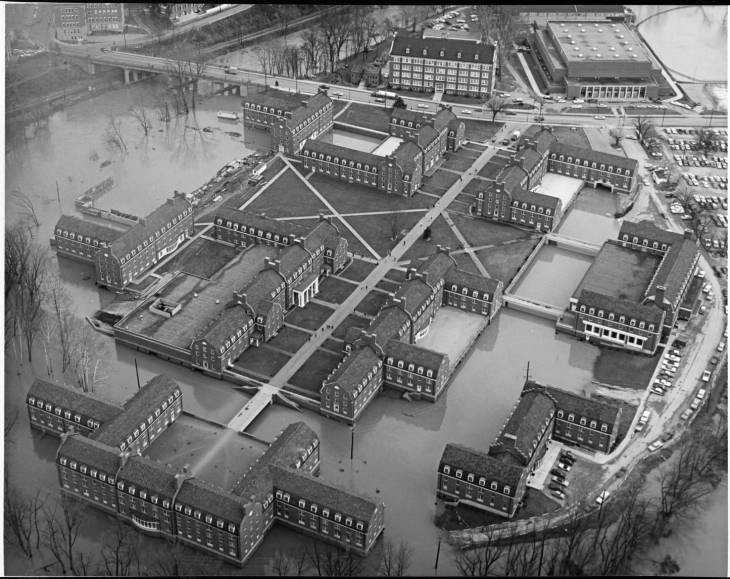 An aerial view of Hocking River flooding West Green in 1963.

Again in March of 1964, the campus saw its second record-breaking flood, according to a previous Post article.

The flood caused $14,000 in damages in Grover Center alone, according to the article. 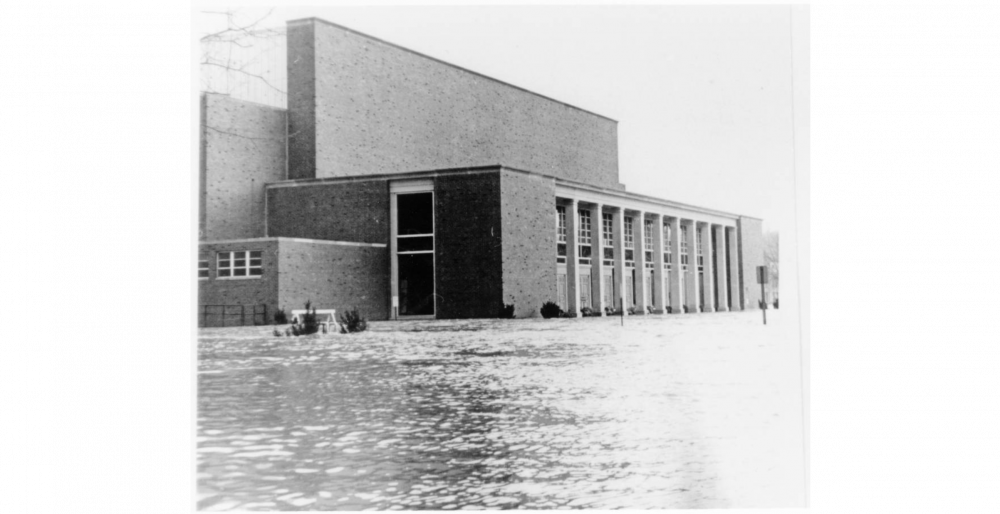 Outside of Grover Center during the 1964 flood.

In March 1966, a Post headline read “‘Harvard’ slides into the Hocking.”

A third flood, equal in wreckage from the floods that occurred in 1963 and 1964, embraced the campus once again. Attention became focused on the need for a flood protection system.

A previous Post article states the Army Corps of Engineers were working on a plan to control the current of the river and planned to have it finalized by the summer, which would then be presented to Congress for approval in the fall.

“The fun will soon be gone,” a May 1969 Post article read. “Ohio University students will no longer be able to dive out third floor windows into swirling flood waters. There will be no more floating around campus in homemade rafts, no more wading through waist-high water to attend parties.”

According to the article, the university rid themselves of an average of $800,000 in flood damage costs from the new flood protection project which re-routed the Hocking River.

Groundbreaking for the project, which had an estimated cost of $10 million, began April 12, 1969 and was expected to be complete in the spring of 1976. The project would move 5.5 miles of the river south of its location at that time. 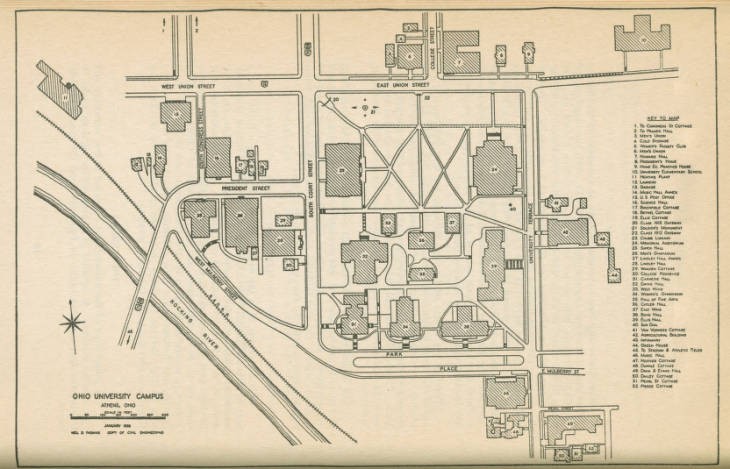 While there have not been any major floods at OU since the 1960s with the help from the relocation of the Hocking River, floods are still possible.

In a previous Post article, it was noted that Ohio receives the most rain in the months of March, April and May which increases the risk of flooding. In 2008, the Hocking River rose to 22 feet, which led to road closures.

“Although campus hasn’t seen any major flooding in recent years, Emergency Programs Coordinator Jill Harris said OU does have certain measures it has to take,” read A Post article from 2008.

The river is monitored constantly, according to the article.

During the last academic year, OU anticipated potential flooding to its campus. Students had a three day weekend due to the anticipation of the severe weather.