Best Show of the Year

Music lovers are expected to pack the house at Casa Nueva or The Union Bar and Grill during busy weekends like Boogie on The Bricks, but what keeps people coming back are the local bands who have built their legacy in Athens.

For Any Colour, a Pink Floyd tribute band that got its name from a track on the album The Dark Side of the Moon, Athens has become a place for them to perfect their sound and share their love for music with people of all ages.

“They continue to invite us back because they like what we do and we do it well,” said John Patrick Corliss, bass and vocals for Any Colour. “If you don’t play it right, people are going to know. Your attention to detail has to be impeccable.”

Inspired by jazz and rock music, members of Any Colour grew up playing acoustic versions of Pink Floyd songs and began to hone in on their philosophical lyrics, experimentation with sound and extended compositions.

Any Colour has performed more than 10 times in Athens during the past academic year, specifically at Casa Nueva, The Union and Jackie O’s Brewery. Any Colour has also performed in Columbus, Ohio, where they have an upcoming show on Dec. 21 at Woodlands Tavern. 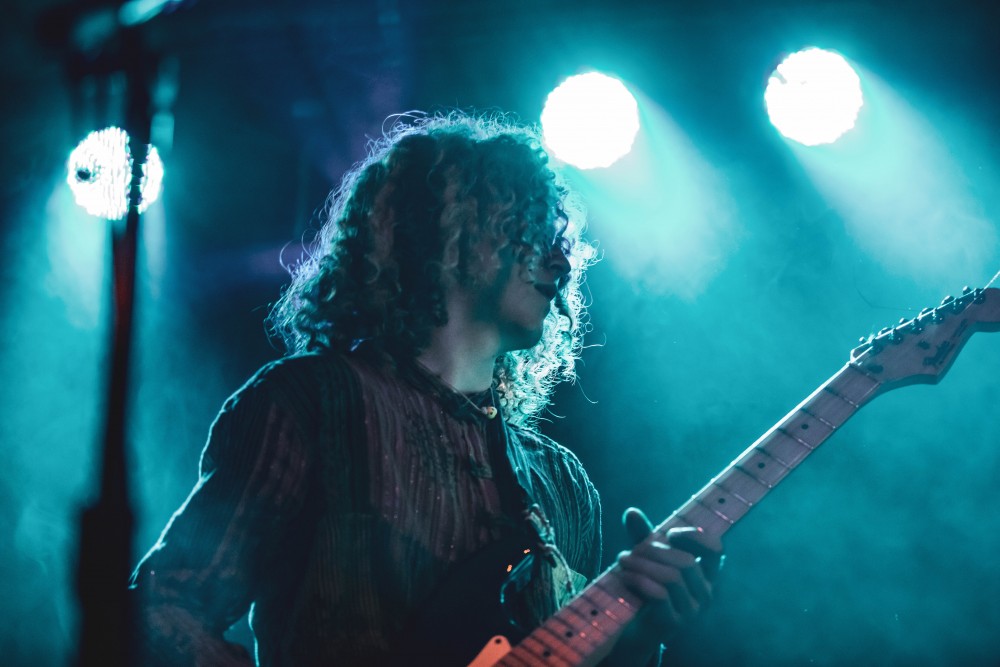 
“I love the music so much so that I think the one thing you can do to keep the music going is to pay tribute,” said Nick Dzuban, guitar and vocals for Any Colour. “If we play well enough that people go home and still play Pink Floyd, then I think we’re doing our job right.”

Whether the crowd ranges from students to parents to Athens residents, all generations appreciate live music done well. The members of Any Colour like to transform the raw recordings of Pink Floyd into their interpretation of a live show.

“One of the biggest compliments we can receive when we play at something like Dad’s Weekend is ‘Man, I saw Floyd in ’77 and you guys knocked it right out of the park’,” Corliss said.

Bartenders and employees at Casa Nueva agree Any Colour has mastered the psychedelic rock sound that made Pink Floyd one of the most influential groups in music history.

“They’re a super group of dudes that have a dedication to Floyd and can really play a tune,” said Mike Lannen, a bartender at Casa Nueva and frontman of his own band Death To The State. “That’s pretty cool in my book.”

What to expect at a show at Casa Nueva is not extravagant lights or overbearing fog machine effects, rather, the atmosphere is what makes shows so popular. Athens’ small-town vibe allows the crowd to be immersed with the music along with other enthusiasts from the area.

“The great thing about Casa is there’s always a positive atmosphere,” said Lannen. “Athens is very much a town of musicians supporting other musicians with a wide spectrum of different music.”