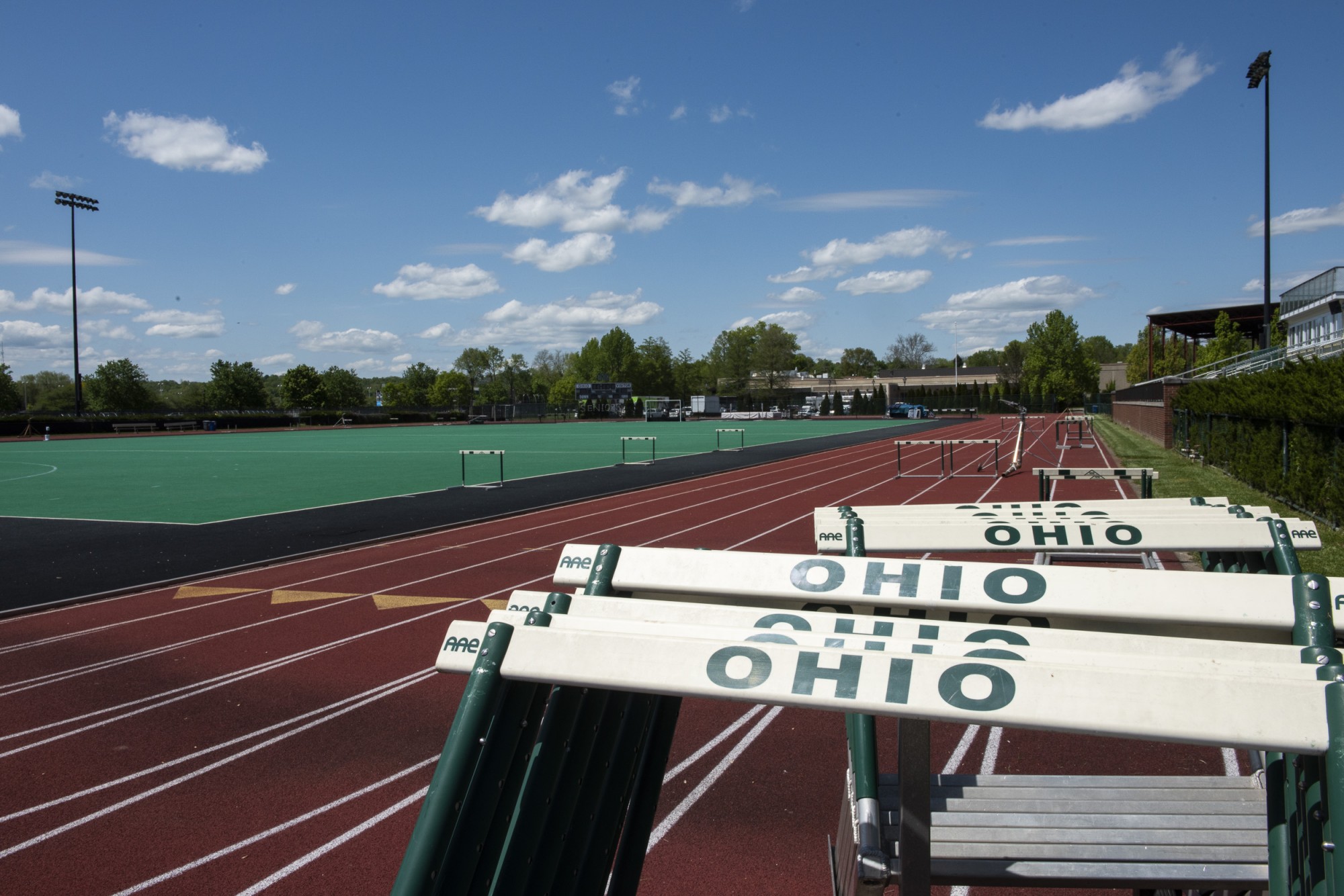 What you missed from Ohio athletics over the summer

Even after the school year ended, sports at Ohio carried on.

As seasons finished up, Bobcats got drafted to professional leagues, new coaches were hired and other changes could be found for teams and fans alike.

For anyone who wasn't keeping up with their favorite Ohio teams and players, here is everything to catch up on from this summer:

Preston was drafted No. 33 overall by the Los Angeles Clippers via trade in the second round of the NBA draft July 29. Last season, Preston was a leader in the Bobcats' run to their first NCAA Tournament appearance since 2012 and helped knock off the reigning champions, Virginia, in the first round. He also made his mark by leading the Bobcats with 133 assists and an average of 16.1 points per game. Since getting drafted into the NBA, Preston has already impressed like he did in college. In an NBA summer league game against the Memphis Grizzlies Aug. 16, Preston scored 15 points.

Rock was drafted by the Colorado Rockies with the 68th overall pick in Competitive Balance Round B of the MLB draft. During his junior season, the First Team All-MAC pitcher had 117 strikeouts and a 2.33 ERA. He rose to the spotlight after pitching a no-hitter against Morehead State Feb. 26 in just his second start of the season.

Jimerson also started her professional career this summer. She signed a contract with Szent Benedek Roplabda, a club in Hungary, in July. Jimerson led the Bobcats with 215 kills, a .345 hitting percentage and 70 blocks last season.

A new era began for many of Ohio’s teams over the summer with the hiring of multiple new coaches. After former Ohio football coach Frank Solich announced his retirement July 14, the program had big shoes to fill. However, it already had its next coach in mind and immediately announced that associate head coach Tim Albin would take Solich’s place at the helm. Albin had been the associate head coach since 2019 but worked under Solich for many years. He has a great deal of knowledge about Ohio's offense after working as the offensive coordinator and running backs coach since 2005. Ohio will need to use this offensive knowledge to its advantage when it takes on some tough opponents this season such as LA-Lafayette and Northwestern.

Geoff Carlston will make his return to the helm of the Bobcats' volleyball team following former coach Deane Webb’s retirement from coaching. Even though Webb had just guided the Bobcats to a 12-8, third place finish in the Mid-American Conference, fans should not fret. Carlston has a history of winning with Ohio. He was the coach of the volleyball program from 2003-2007 before he left to become the coach at Ohio State for 12 years. He holds four MAC championships with Ohio and a winning percentage of .968 against MAC opponents.

Craig Moore was promoted to full-time coach after serving as Ohio baseball’s interim coach in the 2021 season. Brennan Whitis was named the next coach of Ohio’s men’s golf team July 9.

On June 30, the NCAA announced that starting July 1, NCAA athletes are now able to profit on their own name, image and likeness. Although athletes can still not accept direct payments from colleges and universities, they are now able to sign with agents and companies to make money off of endorsements. De’Montre Tuggle was the first Bobcat to sign such a deal. Tuggle signed with BobcatAttack.com, a Bobcats fan site. Since then, other Bobcats have teamed up with Barstool Sports, a media company that discusses sports and pop culture.

The Convo gets an upgrade

Not only did some of Ohio’s teams get a new look over the summer, but so did one of the courts. The floor of The Convo was remodeled and now has a fresh, new look. The new court embodies one of the most prominent elements of Ohio University that so many people love -- the bricks. Most campus buildings and even some roads are made up of brick. The green outline of the court looks as if it were made of bricks as well. In addition, the Ohio logo in the center of the court is now outlined by the State of Ohio, drawing viewers in even more than before.