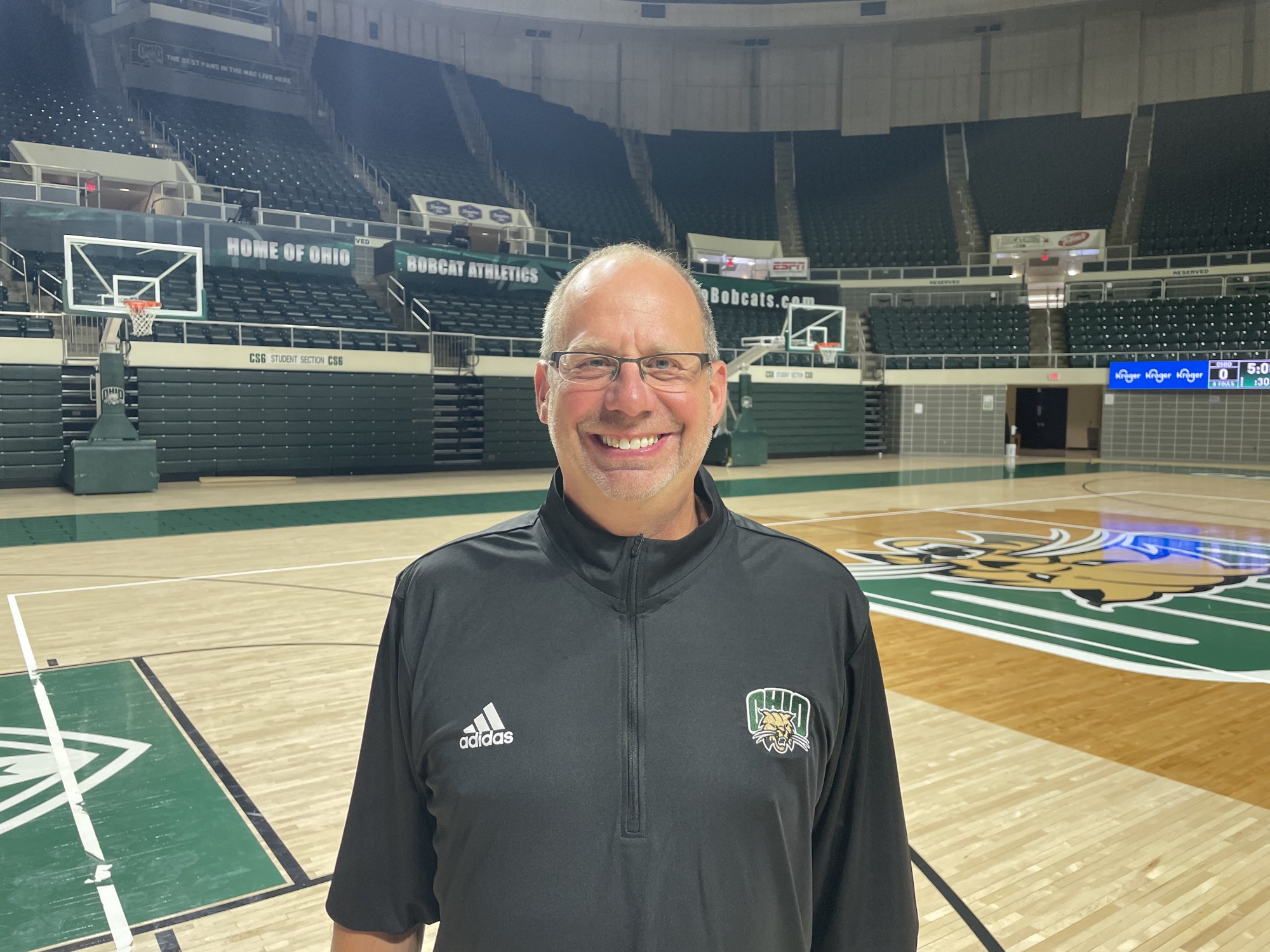 Volleyball: Geoff Carlston wants the Bobcats to learn about more than volleyball

G eoff Carlston is one of Ohio’s most decorated volleyball coaches. During his first stint at Ohio, Carlston racked up a Mid-American Conference title every season from 2003 to 2007. In his first five seasons, he was named MAC Coach of the Year four times. Before his first departure in 2007, Carlston had only lost two conference games.

Now that he’s back, Carlston wants to maintain that success.

Success is nothing new to Carlston. He’s brought consistent success to almost every program he’s been hired by. He led Ohio State to 12 NCAA Tournament appearances in 12 years, and has a career coaching record of 413-217.

He accepted his first collegiate job as the coach of Concordia University, St. Paul in Minnesota in 2000. The season before his arrival, Concordia held a season record of 9-32. In Carlston’s third and final season in 2002, Concordia finished with a record of 24-9. Carlston turned around a struggling program to give it its best single-season record as a Division II program.

Carlston has left a mark on every team he’s coached for, but he never saw himself becoming a coach. He always imagined he’d become a professor.

“I just frankly fell into it,“ Carlston said. “It's not like I was 15 and said I wanted to be a college coach.”

Teaching is something that he has enjoyed since he was young. He loves to watch the moments of realization when someone learns something and loves aiding in the transformation of others. Coaching gives him the opportunity to have those moments while also feeding his competitive side.

For Carlston, his goal is to educate his players on more than just volleyball. He wants to instill community-based values into them through the trials of volleyball.

“I believe strongly that there’s so many cool life lessons and whether it’s gratitude or vulnerability or trust or selflessness or altruism, all those things can be learned and are learned through volleyball,” Carlston said.

He learned a few lessons himself while serving in the Peace Corps. Carlston traveled to 45 countries during his service, and he was able to continue coaching volleyball while abroad. He was the coach of the Belize women’s national team and an assistant for the men’s national team during his time of service. Under Carlston, Belize’s national teams collected their first international victories.

Incorporating the lessons he learned from traveling abroad helps Carlston encourage his athletes to explore the communities around them. He wants to build a passion for exploration within his players so that they are prepared for future leadership roles in their careers.

He sees volleyball as a microcosm of the real world. There are lessons in failure, anxiety and stress in volleyball that will translate into other aspects of an athlete’s life. Carlston emphasizes these lessons throughout his coaching process.

Carlston learned a thing or two himself while he was away from The Convo. He learned that the sense of community in Athens is unlike any other. The people and volleyball program are close to his and his family’s hearts.

Although it does feel odd for Carlston to be back in Athens.

“It’s great to be back,” Carlston said. “It’s weird, you know? Not going to lie, it’s a little bit strange, but it’s a good strange.”

The energy in The Convo is something that he is looking forward to feeling again. The sense of togetherness that lingers throughout the crowd and onto the court gives the team a confidence boost in conference matches. He likes seeing faces in the stands.

With that in mind, Carlston wants to put the success of his first tenure with Ohio behind him. His focus is on the present.

“This is this group’s time and the future Bobcats’ time,” Carlston said. “So for me, it’s really about staying present here and what can we do with this group right now. I think this group can do some really cool things.”

Carlston plans to instruct the Bobcats by developing their minds and souls at the same time. Recently, the team took a retreat before their preseason activities began in order to connect with one another. He found that it helped the team buy into his plans for the regular season as they spent time together and away from the court.

Coaching may not have been the route Carlston expected to follow, but his desire to educate shines through in his coaching style. The athletes that he mentors gain more than they bargained for as they navigate volleyball and life.