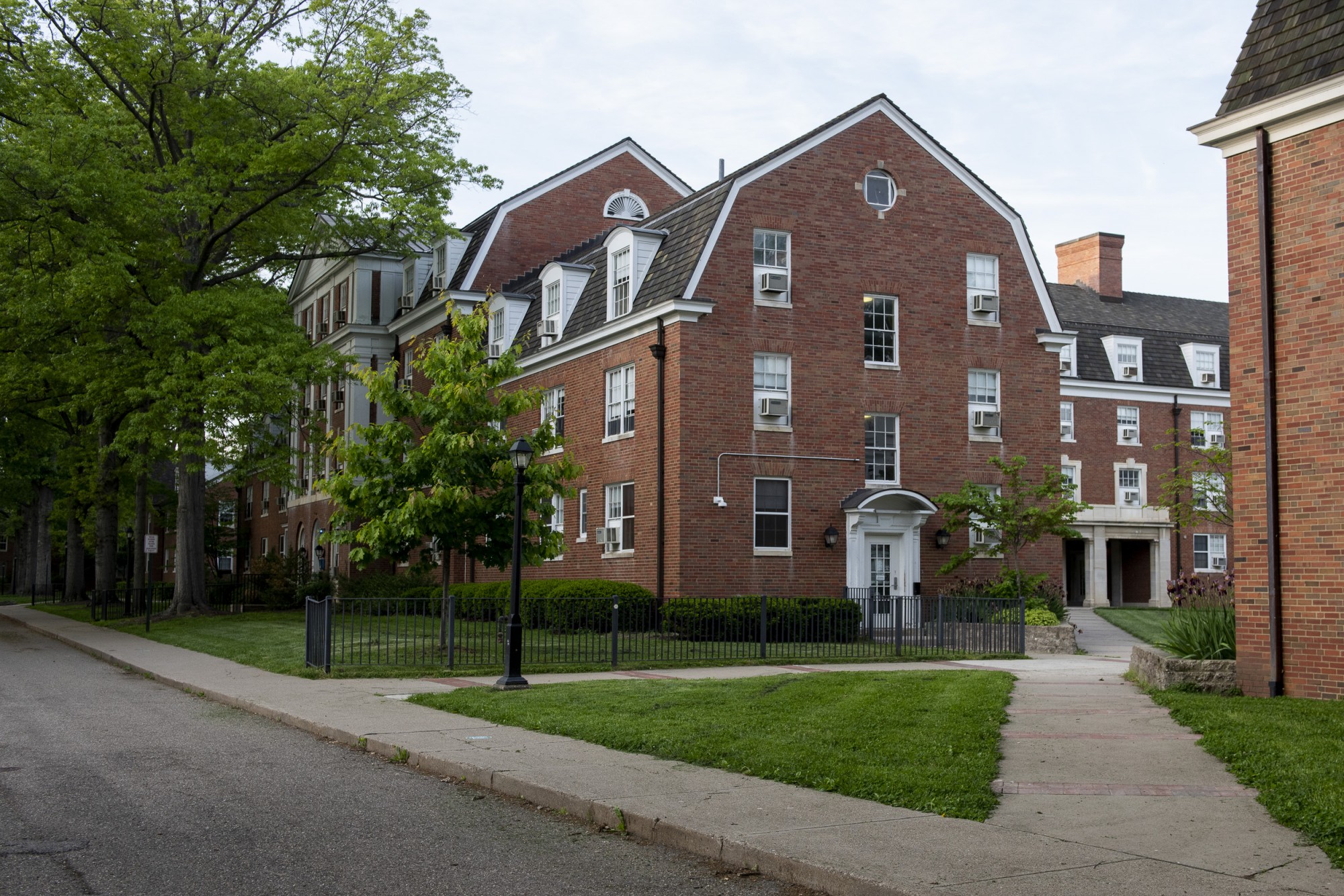 W hile capital improvement plans are being developed by the Ohio University Board of Trustees, summer construction projects have bled into the fall.

Demolition on the catwalk connecting Nelson Commons to the South Green catwalk is ongoing, Brent Buckley, director of Design and Construction Support Services, said. No other demolitions or renovations of the catwalk are planned. The demolition is being done in an effort to open up green space on campus, according to a previous Post report.

The Board recently approved a six-year capital improvement plan, or CIP, for the 2022 fiscal year, or FY22, through FY28. These plans set in action the renovation of Gamertsfelder Hall.

“As part of the recently approved CIP, Gamertsfelder is scheduled to undergo a $10M+ renovation this coming summer and into Fall 2022 that is intended to renovate the HVAC system as well as the restroom and other improvements,” Buckley said in an email.

The addition of new windows into Gamertsfelder Hall in the summer of 2023 still needs approval by the Board of Trustees, Buckley said. Washington Hall and Scott Quad are also pending approvals and proposals for renovations, respectively.

“Washington Hall received the first phase of its renovation in 2018 and is scheduled to additional upgrades in summer 2022 to bring chilled water to the building and, along with Gamertsfelder, new windows in summer 2023,” Buckley said in an email. “Scott Quad is a facility identified in the portfolio reduction strategy in the CIP; however, no proposal has yet been made to the Board of Trustees for timing/methodology of project approach.”

“When I first moved in to Gam, my doorknob was absolutely broken, and we had to have an emergency maintenance call come in,” Geary said. “My light shorted out and then I had three repair guys in my room right before spring break rewiring the light in my dorm because it wasn’t a regular bulb. The bathrooms are atrocious … I felt claustrophobic in those showers, definitely got some bumps and bruises while trying to take a shower.”

Despite these negatives, Geary said she really liked the environment in the building as there was always something going on. While she enjoyed her experience in Gamertsfelder Hall, she wouldn’t live there again.

“I think it should just be renovated,” Geary said. “I don't think it should be torn down, because it's been on East Green so long. It’s one of the biggest dorms on East Green, next to Jeff and Washington. And there's a ton of history behind it too … Same thing with Scott Quad, there's too many murals and too many memories.”

Darian Dudzik, a senior studying integrated media, expressed similar sentiments to Geary about Scott Quad. Dudzik lived in Scott Quad from the fall of 2017 to the spring of 2018.

“They ought to renovate it and preserve it,” Dudzik said. “The way it was heated — they used radiators from the 1940s in our rooms … they ought to preserve some parts of it.”

Dudzik said the Scott Quad bathrooms do need to be renovated, but there are parts of Scott Quad he would be upset to see gone.

“I've always noticed it's just got its own kind of spirit to it. It's so individual from all the residential greens, like West Green, East Green (and) South Green,” Dudzik said. “I've always had pretty fond memories of the building … The courtyard was beautiful, just the way everything was set up was just very homey. It felt like I was in like a classic college dorm from the movies.”

Clarification: One of the headlines of this story has been updated to better reflect the nature of construction on campus. A quote was also shortened for clarity.