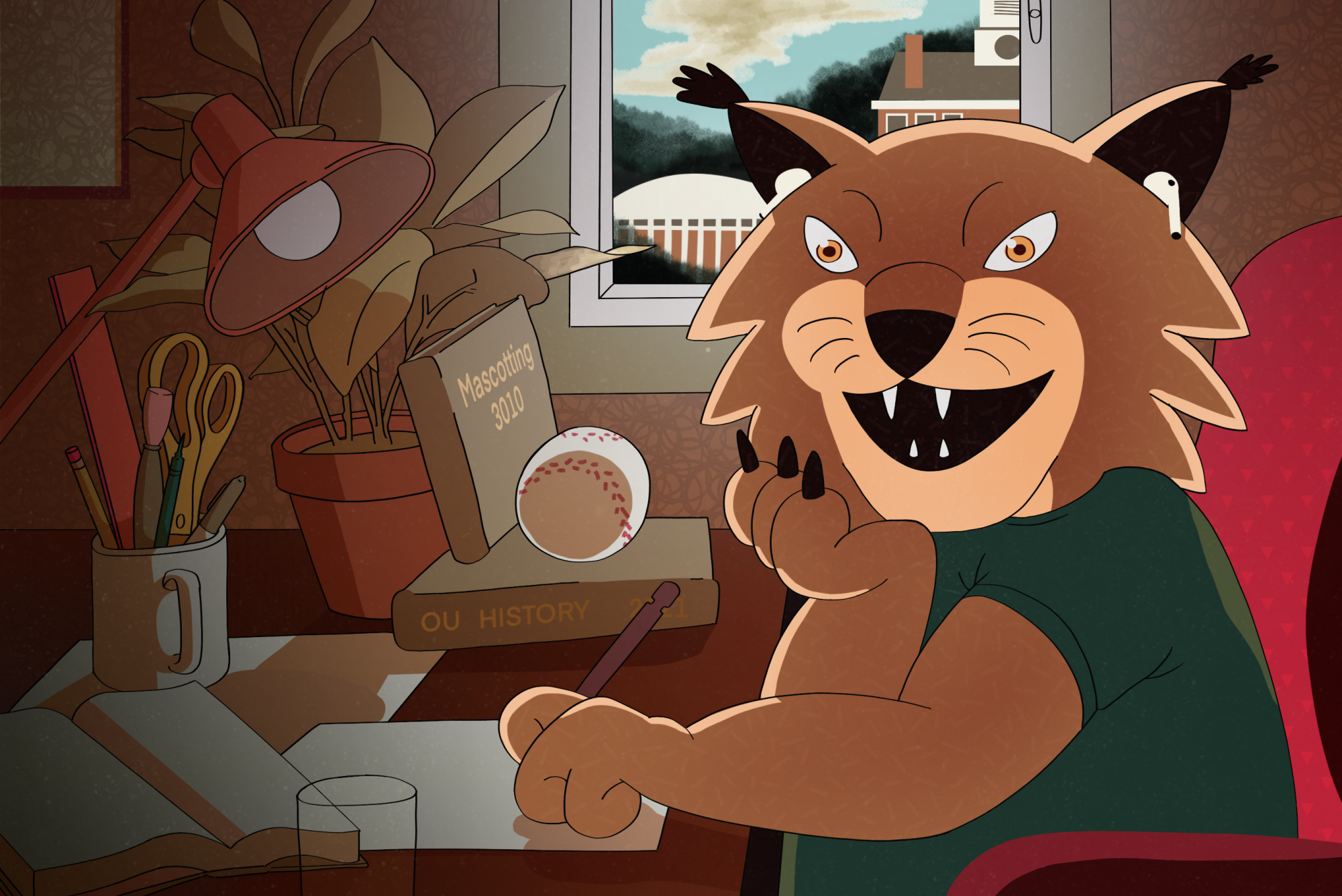 10 songs to guide you through Athens

10 songs to guide you through Athens

F or most Ohio University students, Athens has unfortunately felt far away for the last year and a half. The college experience through a computer screen has nothing on walking on the bricks through College Green, experiencing Court Street firsthand and enjoying all of Athens’ delicacies. Now, as we all finally make our way back to in-person classes, it’s vital to have the perfect music to accompany the journey.

Here’s a playlist for every impending Athens moment:

For when you want to live your coming-of-age movie moment while walking through College Green: “He Gets Me So High” by Beabadoobee

College Green has an irreplaceable beauty to it. There’s a homey feeling that courses through your veins while walking through it, and that’s epitomized when backed up by this new Beabadoobee track. The Filipino-British singer finds that she keeps coming back to one guy because of this incredible feeling of tranquility he gives her. Though he basically tells her to get over it, she knows she’s going to hold on to this warmth for a while. The guitars, breezy and infectious, feel like College Green on a perfect 75-degree, sunny day.

For when you need energy for an early class: “Pressure” by Paramore

You probably already regret signing up for that 8:30 a.m. class, and as you roll out of bed for it, you have a loss of energy that not even a venti coffee will restore. Let early Paramore help you out. The track kicks off with angst-ridden guitars and Hayley Williams’ distinct pipes telling former bandmate Jeremy Davis, who willingly departed the band, Paramore will be fine without him. As you blast this while walking to class, you’ll think you’d be better off without an early class, but it’s something you know you’ll have to live with.

For when you need to relax before an exam: “Just Go” by Arlo Parks

After the last school year, when a lot of people didn’t have timed exams, it’s hard to know what to expect for your first in-person exam again, and it’s easy to think you’ll blow it. Arlo Parks, however, knows how to calm anyone down. On her track “Just Go,” blissful guitars will satiate your entire body and push out the bad vibes. As Parks tells her ex, who came back for a second chance, to leave, your worries will go with them.

For when you need to mourn an exam grade: “traitor” by Olivia Rodrigo

Now, not every exam is going to go smoothly. For the days you get your grade back and it’s not pretty, you’ll inevitably just want to mourn. Olivia Rodrigo has your back. We all know this heart-wrenching track is about Rodrigo’s relationship with her ex, Joshua Bassett, given that their time together has become one of the most popular discussion topics of the last year. Though an exam grade doesn’t compare in the slightest to their relationship, you’ll feel betrayed by your brain, which forgot everything come test time, and this song will be there for you like no other.

For when you’re burnt out: “Graduate” by Third Eye Blind

There will be days, especially near the end of the semester, when you’re so burnt out you just want to get your diploma and get out. Third Eye Blind’s 1997 classic “Graduate” is the perfect track for moments like that. Backed by explosive guitars, frontman Stephan Jenkins puts his entire chest into his vocals, letting it be clearly known that he just wants to grow up and get out of the mess his life has become. Come final exam time, you’ll most likely be screaming with him.

For an easygoing day: “Prom” by SZA

It’s integral to make time for self-care during the semester, and that includes having days where you do nothing at all. SZA’s “Prom” should be your accompaniment. This disco-pop banger shows SZA reflecting on her insecurities — and failing to remind herself there is so much ahead of her. The upbeat music serves as a message to have fun, put priorities on the backburner for just one day and let SZA’s godly voice engulf you.

For when you need subtle motivation to walk up Jeff Hill: “The Chain” by Fleetwood Mac

The hardest part of the semester might not even be classes. For anyone living on East Green, it might be walking up the never-ending Jeff Hill. Let the steady beat of Fleetwood Mac’s “The Chain” motivate you. While the group sings about how the metaphorical “chain” is what’s keeping the relationship together, the popping bass accents the angst the narrator has knowing their partner isn’t acting like boyfriend/girlfriend material. If not the angry vocals themselves, the guitar and bass solo will lift you up Jeff Hill and beyond.

For your pre-game pump-up: “Ballin’” by Logic

Whether you want to get hyped for an OU football game or a night on the town, this track by the unretired Logic will put a pep in your step. This track came out on one of his early mixtapes, before his debut album, where he realizes he’s already achieved mass acclaim. He says he made a promise to his mom when he was young that he’d make something of himself, and he has, now overflowing with money and confidence. The energy is infectious.

For your first night out on Court Street: “Dancing Queen” by ABBA

Thanks to the Mamma Mia! franchise, most of ABBA’s discography has earned a special place in the hearts of basically everyone. However, this has been a classic since it was released in the ‘70s. The track is all about dancing your heart out and feeling on top of the world, which is exactly what Court Street late at night does to a person. Though this isn’t what an Athens bar usually plays, if one decided to give this a spin, everyone would undoubtedly go bonkers.

For when you realize Athens will forever be your favorite place on Earth: “Hammer To Fall” by Queen

There’s going to be a night when you catch yourself happy, whether you’re on Court Street, in a dorm with friends or with a campus club, and utter contentment washes over you — because you know Athens really feels like home. This Queen hit examines the touchy parts of life, but the thrilling guitars and drums exude the utter joy Athens provides. While you may already start thinking about life beyond OU, listen to this track to remember you picked the perfect place to spend these four (or more) formative years.