P eople will do what they can to make sure a vending machine doesn’t take their money. 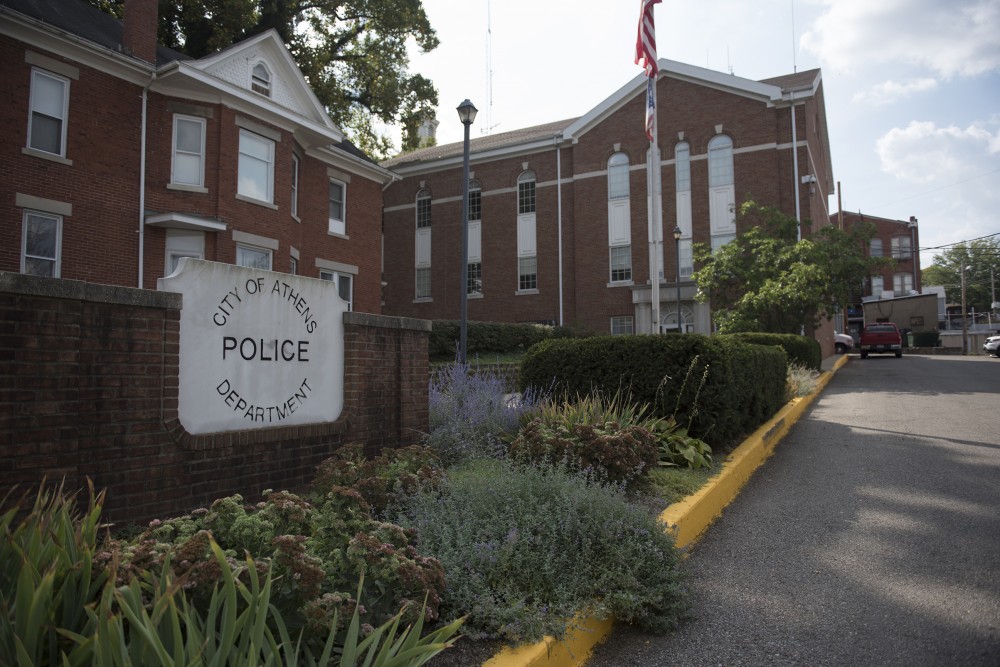 The Athens Police Department on College Street on Sept. 18. (FILE)


The Athens County Sheriff’s Office responded to a call for a report of a suspicious person on Aug. 9 on North Plains Road in The Plains.

The caller said a man was hitting the vending machine and seemed to be trying to break the machine. Deputies patrolled the area but were unable to find a man to match the description. Deputies returned to patrol.

Did you hear that?

The sheriff’s office responded to Strouds Run Road on Aug. 10 for a complaint from a resident that someone had pushed her bathroom floor up from underneath the house.

According to the report, the house had been settling more on one side than the other, which caused the floors to bow and the paneling to come loose. The woman said other weird things had been happening. Deputies advised her to set up a trail camera to try to catch something.

On Aug. 10, deputies responded to Big Bailey Road for a report of an aggressive dog on the caller’s porch.

Once deputies arrived, the dog ran home. The dog ended up being “very friendly,” according to the report. Deputies spoke to the owner of the dog, who said the dog had been able to get through the fence in the backyard.

On July 5, deputies were dispatched to Laughlin Hill for a 911 call.

After speaking with the homeowner, it was determined that there were issues with the landline. The homeowner said they contact their service provider, reported the problem and were waiting to hear back. No further action was taken.

Pain in the grass

On July 3, the sheriff’s office responded to a call of a naked man running and screaming on Salem Road in Athens.

Deputies spoke to the caller, and the suspect was found. According to the report, the man was not naked and actually had cut his foot in the yard, which explained the yelling and screaming. The man refused medical treatment, and deputies returned to patrol.

On Aug. 10, deputies responded to Big Bailey Road for a report of an aggressive dog on the caller’s porch.

Once deputies arrived, the dog ran home. The dog ended up being“very friendly,” according to the report. Deputies spoke to the owner of the dog, who said the dog had been able to get through the fence in the backyard.

Borrowed from a friend

On July 3, deputies responded to Pine Street in The Plains for the report of two suspicious women pushing a wheelbarrow down the street.

Deputies spoke to the females on Ohio Avenue. They said they had just picked up the wheelbarrow at a friend’s house and were heading home. No criminal activity was observed and deputies returned to patrol.

The sheriff’s office responded to a report on State Street in Amesville for a report of people hanging around the bank.

Deputies spoke to the people, who said they were using the WiFi.

On July 16, deputies responded to State Route 13 in Glouster for a well-being check.

The woman said she received a message from her friend asking her to order her a pizza. When the caller went to check on her friend, no one answered the door. Deputies spoke to the woman, who said she was fine and that everyone in the house was asleep. Deputies returned to patrol.

On July 16, Deputies responded to New Floodwood Road in Nelsonville for a report of a man passed out behind the wheel.

Deputies spoke to the driver. According to the report, he was taking a nap due to his vehicle being broken down. No further action was taken.