O hio University hosted the Kiplinger Program in Public Affairs Journalism in April for the first time since the program’s relocation to the E.W. Scripps School of Journalism earlier this year.

The prestigious fellowship program, which invites journalists from across the world to improve their storytelling skills through training with the newest technology and tactics, was relocated in February from Ohio State University after spending 45 years at OSU’s Columbus campus.

The program was first endowed in 1973 by Austin Kiplinger in honor of his father, W.M. Kiplinger, one of the first journalism graduates from OSU and the former editor-in-chief of The Lantern, the student-published university newspaper on campus.

The move to OU was a natural next step, said Director of the E.W. Scripps School of Journalism Bob Stewart. 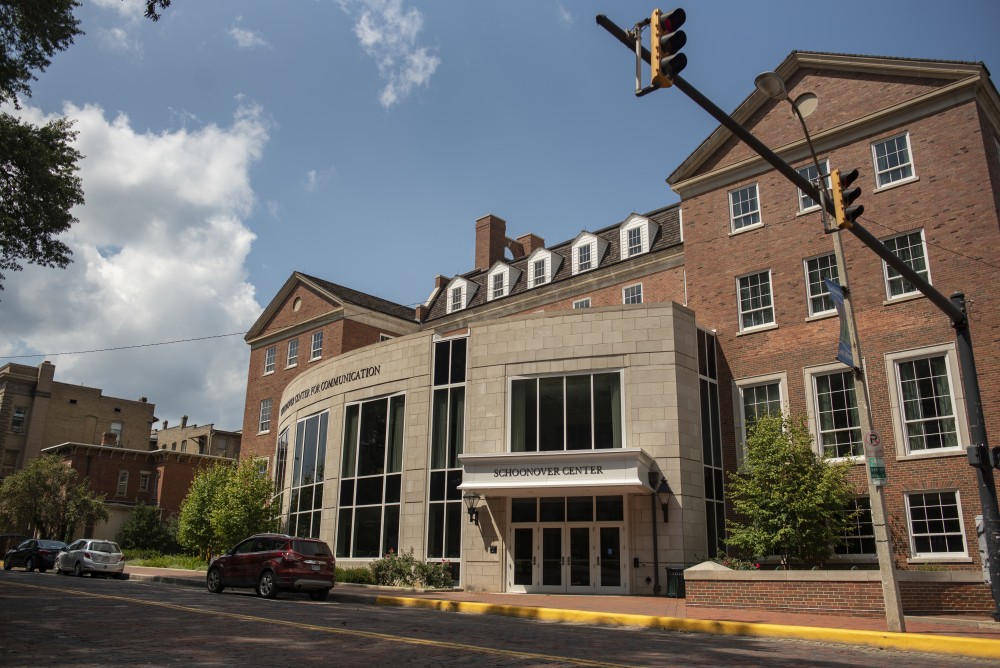 Schoonover Center is the home of the Scripps College of Communication at Ohio University, located in Athens, Ohio.

“The Kiplinger fellowship not only offers successful journalists who are well into their career path the opportunity to learn from our world-class faculty, it is a fantastic opportunity for our students to network with experienced industry professionals and learn from their collective experiences,” Stewart said in a university release.

The Scripps school was given $200,000 by OSU to spend on the Kiplinger program, which is 4 percent of an approximately $5 million endowment to support the future of the program.

The school was also given an additional $375,000 gift, combined from five previous accounts at OSU, to help the new account at OU accumulate interest over the first few years.

The Kiplinger endowment is the largest endowment ever received by the Scripps school, Stewart said. “That’s not to denigrate the Scripps Howard gift (from which the school is named), but it just tells you how big it is,” he said.

The program hosted 22 journalists from across the world on the Athens campus in April, including eight fellows from outside the United States — one from England, Spain, Pakistan, Moldova, Costa Rica and Belgium and two from Canada.

Joe Hernandez, a reporter from WHYY public radio in Philadelphia and 2019 Kiplinger fellow, said that he was grateful for the connections he made with journalists across different mediums and across the world.

“It was refreshing to have a full week off from daily story duties to be able to focus on the craft of journalism and learn from my peers,” he said.