G igi Secuban, the vice president for diversity and inclusion, announced in April that Ohio University will postpone the relocation of the LGBT Center in response to a student protest at the end of the Spring Semester.

The university announced the relocation of the LGBT Center on April 9 after about 15 students protested outside Baker Center against what they deemed to be an attempt to integrate the two centers, according to a previous Post report. 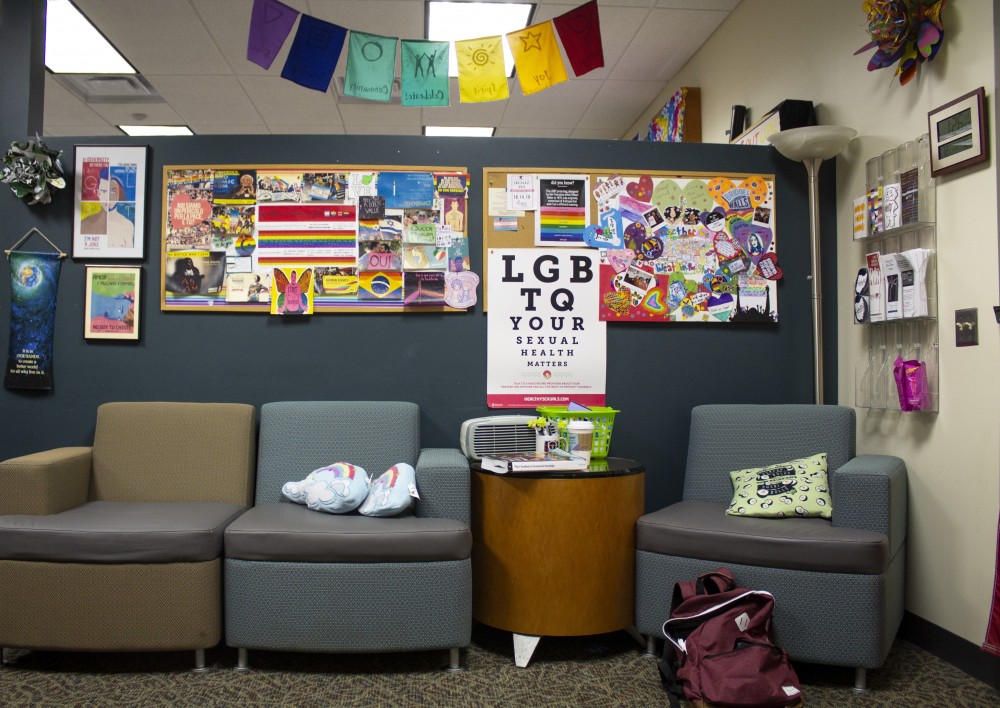 The lobby of Ohio University’s LGBT Center on Sept. 25. (FILE)


Secuban said she heard “many voices” express concerns about the university’s plans to relocate the LGBT Center into the 1,200-square-foot, renovated gallery space, next to the offices of the Multicultural Center, or MCC. The move sparked controversy in the community because it would have taken away space the MCC was already occupying.

“Both centers have growing footprints, so to find a space that fits both their needs can be a challenge,” Winsome Chunnu-Brayda, director of the Multicultural Center, said in a previous Post report.

A resolution was also passed in Student Senate earlier this year opposing the university’s plan to relocate the LGBT Center next to the MCC.

After the conclusion of the Student Senate meeting, Secuban and OU President Duane Nellis decided to postpone all relocation plans until an alternative is found.

“As a next step, we will identify temporary office space for the LGBT Center staff until we can identify a permanent solution through a renewed strategic and collaborative approach with the community this fall,” Secuban said in a statement.

University spokeswoman Carly Leatherwood said in an email that the LGBT Center has developed a new mission statement that will guide their efforts beginning in the fall semester.

“Over the 2019-20 academic year, the LGBT Center will adopt a programmatic theme of “Friendship and Community” to streamline public communication about the Center’s multifaceted goals,” Leatherwood said in an email.

The LGBT Center has developed a number of new initiatives to help new and existing students acclimate to life as students. Two of these strategies include a brand new SafeZone training curriculum and the founding of Out Ohio, a diverse employee affinity group.

The LGBT Center has also promised a welcoming space for returning students in the fall. Leatherwood said the space will be ready for socializing, planning, studying, mentorship, action-inspiring conversation and to find community and friendship.

“Our Fall signature event will be our Rainbow Connections Conference on Saturday, October 5, from 1-4 p.m., to kick off LGBT History Month,” Leatherwood said in an email. This event will celebrate the visibility and diversity of the LGBTQ+ identified individuals on campus and across the communities in Ohio.

“My commitment is to do what is best for our students, community and university as we pave a new pathway forward for diversity and inclusion,” Secuban said in a university statement.