B illed as The Star of the Hocking Hills, Nelsonville is a small town rich in local history. Its Historic Square Arts District pays homage to local artists with special events held every final Friday of the month, except for December, to highlight the town’s rich art culture.

When: Final Friday of each month excluding December

Final Fridays was started by a local group of artists over 15 years ago to showcase the amazing art scene Nelsonville provided. Although the festival is not as big as it once was, Bill L'Heureux, president of the Nelsonville Area Chamber of Commerce, believes they’re still a great asset of Nelsonville.

“The city is all in favor of it, and they’ve been really well attended,” L’Heureux said. “I see it picking up again. It just needs new artists coming in, fresh ideas and perspectives.” 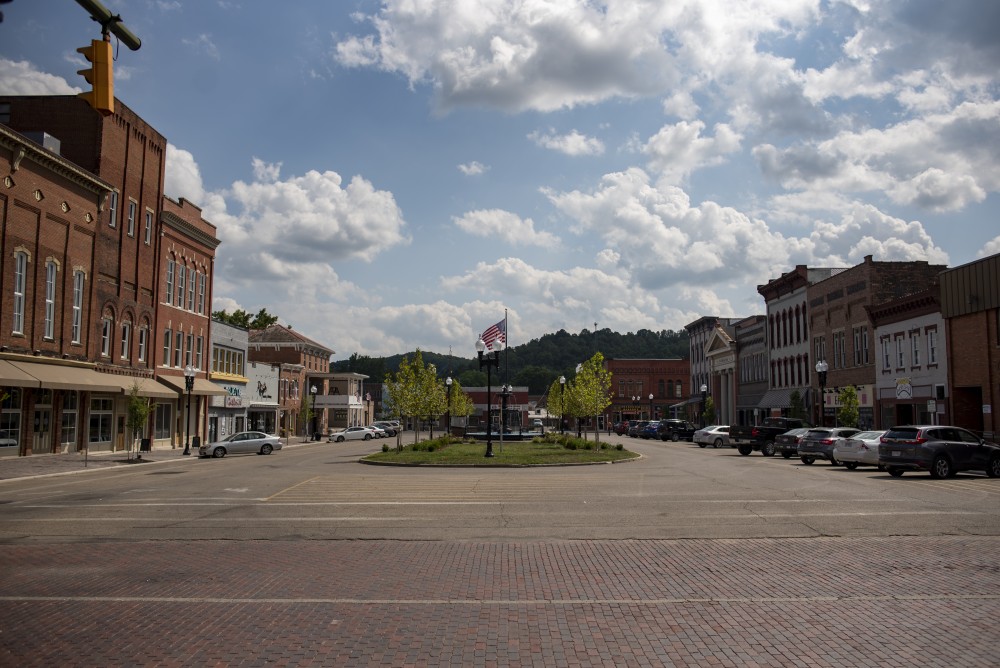 The Historic District in Nelsonville, Ohio, hosts Final Fridays on the final friday of each month.

Checking out Final Fridays is also a great opportunity for Ohio University students to explore places off campus that they might not have thought of visiting before. The Athens Public Transit just recently extended bus routes that can take people to and from Nelsonville, and even students can take advantage of it.

“The new bus line from Athens to Nelsonville is going to run six days a week,” L’Heureux said. “It should definitely help with people getting from Nelsonville to Athens and vice versa. It only costs a dollar.”

“(Final Fridays) is a really great community event,” she said. “It brought different themes and highlights to what was happening in the shops, so it helped the businesses to succeed. It really was a chance for people to come together and have a community event.”

Although many of the events that take place during the final Friday of the month are art openings, Nelsonville Emporium still tries to stay involved by staying open longer and holding special events in-house.

“We still participate every final Friday, but we usually offer a book signing or a meet-and-greet with some of the artists,” she said. “Just because we don’t want to change everything every time, we usually just add something in to help participate with it.”

“(Final Fridays) is a really great community event. It brought different themes and highlights to what was happening in the shops, so it helped the businesses to succeed. ”-Jennifer L’Heureux, owner of Nelsonville Emporium

Despite all the changes the event has gone through, from holding large festivals that required the streets to be blocked off to hosting intimate art showings in several of Nelsonville’s finest art galleries, they are still events that give life to the bustling art district in Nelsonville.

“They’re just great because it provides the artists with a chance to have venues to show their work in a small community atmosphere,” she said.