Notable Athens events to check out this year

From festivals to parades to parties full of music, there are several different events and activities near campus to look forward to. Here are just four Athens-centric activities to keep an eye out for this year:

The 21st annual Pawpaw Festival will be held Sept. 13-15. It is the largest festival of its kind in the world and is held at Lake Snowden, about 6 miles west of Athens. Shuttles will be available at Baker University Center for students interested in going. 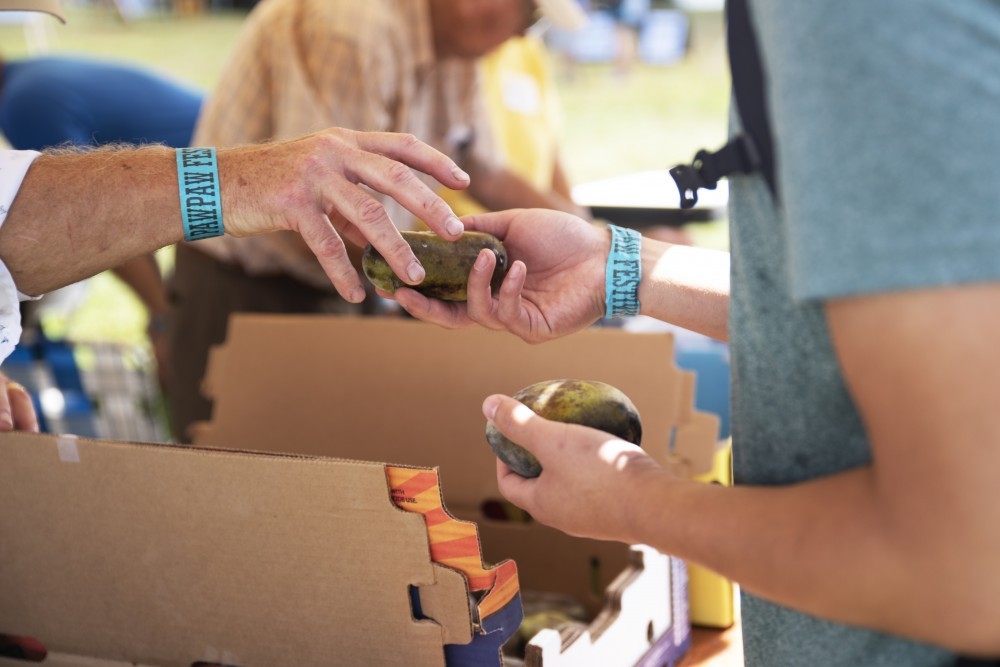 
Pawpaws are a tropical flavored tree fruit native to Ohio. It is North America’s largest native tree plant. Festival founder Chris Chmiel works with Integration Acres to process the fruit by taking the skins off and the seeds out and freezing them to eat year-round.

“It’s been a lot of fun. We’ve had people from all around come to our community … It has a big economic impact,” Chmiel said. “It’s a tradition for a lot of people.”

Perhaps the most renowned event in Athens is the Halloween block party. Students and Athens residents alike fill up Court Street to marvel at one another’s costumes as well as listen to the live music put on by bands or DJs. Brandon “DJ B-Funk” Thompson said all of the acts are typically local to Athens.

“We try to keep acts local, so they can play on the big stage and gain support,” Thompson, who has DJed the Athens Halloween Block Party before, said.

Thompson said that this year, the Halloween celebration will most likely start a little earlier and include some family-friendly activities.

Thompson said that this year, the Halloween celebration will most likely start a little earlier and include some family-friendly activities.

“We want people to come out early and look for new, exciting things to happen. Don’t just stay at a house party; definitely go to Court Street.”-Brandon “DJ B-Funk” Thompson

To Thompson, the Honey for the Heart parade held by Passion Works Studio is one of the most interesting parts of the block party. Anyone is welcome to participate by meeting at Central Venue and finding a giant puppet costume to wear prior to the parade, which goes from Courtside Pizza to the Alumni Gateway.

“We want people to come out early and look for new, exciting things to happen,” Thompson said. “Don’t just stay at a house party; definitely go to Court Street.”

Once spring rolls around, every Ohio University student knows that fest season is quickly approaching. Throughout the month of March and halfway through April, respective locations in Athens hold different fests for students to get together with friends and listen to great music.

Kaylen “DJ Marcellus Doe” Spears, one of the founders of Brick Life Entertainment in Athens, said the most exciting event he has DJed at was Palmer Place Fest, which takes place in March.

“It’s crazy to feel a whole entire apartment complex and balconies full of people vibe to my music inside of a private area,” Spears said. 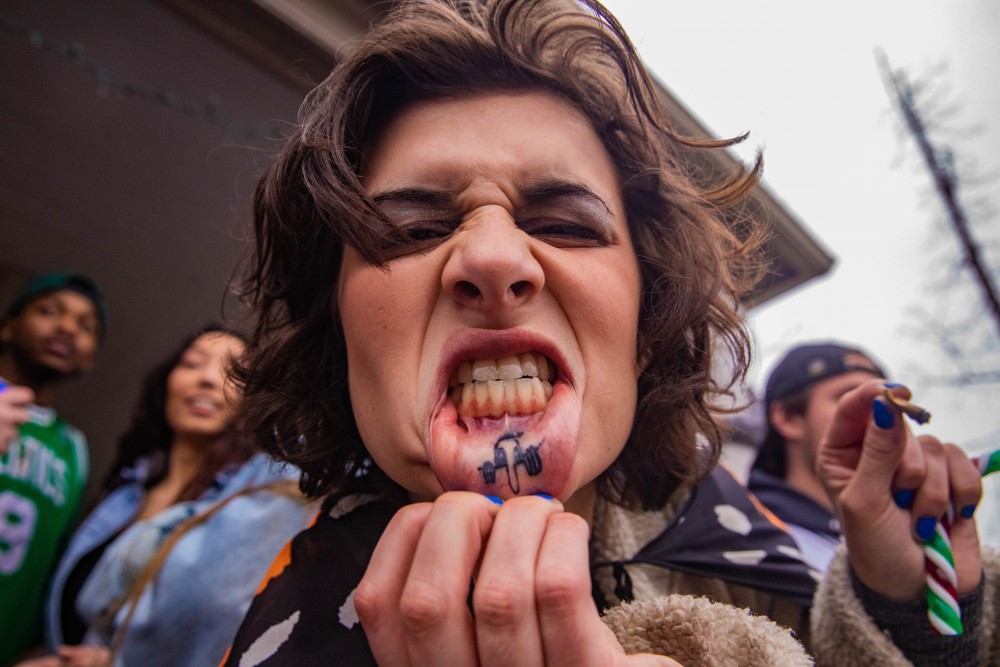 Ria Grilliot shows off her lip tattoo at one of the several parties held during Ohio University's annual Mill Fest. The fest has multiple houses holding rowdy parties on March 2, 2019. (FILE)

Spears said at the beginning of his career as a DJ, he charged $1 per song request. Now, he does not take requests because he believes that as a DJ, it is his job to influence people to dance to music they never thought they would dance to.

“I like seeing other people enjoy themselves,” Spears said. “I want people to see that an event is being held by Brick Life and say, ‘If this page is throwing a party, this is what I’m interested in.’”

This fall, DJ Marcellus Doe plans to perform during opening weekend and bid day parties held by various sororities on campus. He will be at all the fests in the spring.

Spears has been a DJ for four years, and his first set was in a backyard on Palmer Street with nearly 1,000 people. He plans to move to North Carolina next year to continue his DJ business.

Year-round, there is a farmers market held every Saturday morning on East State Street next to Texas Roadhouse. April through October, the market is open every Wednesday and Saturday morning.

There are almost 80 local vendors to the area selling food from poultry to vegetables.

Becky Clark, head of promotions and marketing for the Athens Farmers Market, said the market wants to reach the student population.

Coffee and breakfast food are available during the time the market is open. Clark said people will go to the market every week and socialize with people they see there, while eating breakfast and sipping coffee.

There is also a separate event the market holds off-site at which people are encouraged to meet and get to know the vendors.