Students may have been away from campus, but police departments in Athens were still hard at work. Check out what happened while you were away:

On May 3, the Athens County Sheriff’s Office responded to a report that a man believed his roommate had broken his home stereo system.

Upon arrival, the stereo had “internal issues” and had no outside damage to prove that someone intentionally damaged the stereo, according to the police report.

On May 5, the sheriff’s office responded to Rite Aid in The Plains about a man and woman who had been walking around the store for several hours and had done so for the past several days. 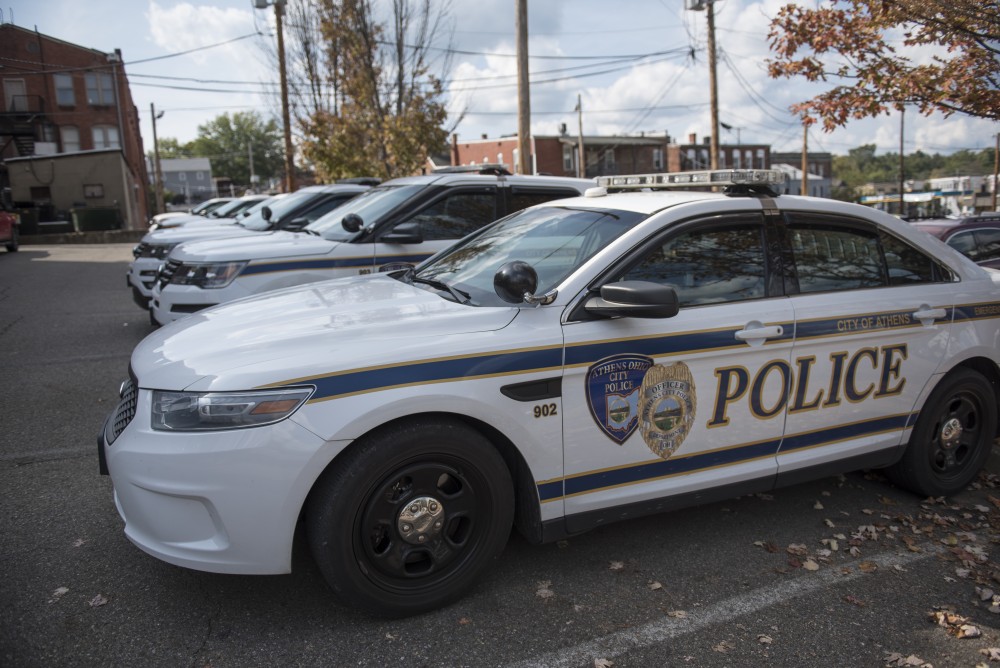 Police cars parked outside the Athens Police Department on Sept. 18, 2017.

Police spoke with the two people, and deputies knew them from “prior dealings with them,” according to the report. The woman willingly provided her information, but the man lied about his name and date of birth.

The man ended up leaving the area on foot. Because he had no warrants and no crime was committed, deputies had no cause to go after him and “interfere with his journey.” Both parties were advised not to return to the store or charges would be filed against them.

On June 8, the sheriff’s office responded to Happy Hollow Road after a report that a residence “had a lot of drug activity” and was keeping a baby deer in the house, according to the report.

Deputies spoke with the owner and several other occupants. There was no evidence of drug activity, but a deer was found in a bedroom. The deer was turned over to wildlife officials.

The sheriff’s office responded to a call of a suspicious man at Pot of Gold casino in The Plains on July 13.

The man was at the casino not playing the slot machines and seemed to be looking around the place, according to the report. When deputies arrived, they were told the man did not appear to be suspicious anymore. Deputies left at request of the business.

On July 12, the Athens Police Department took a report about a counterfeit bill at Hocking Valley Bank on West Stimson Avenue.

According to the report, a $5 bill was washed to look like a $100 bill. There were no suspects at the time of the report.

On July 9, the sheriff’s office responded to Nixon Road for a report of marijuana plants growing on the property.

The homeowner said they did not put the pots in that area and wanted them removed, according to the police report. Deputies removed the pots and submitted them for destruction.