Qdoba opened in May.

Steak ‘n Shake was originally scheduled to open this summer.

While students have been enjoying their summer, businesses in Athens have been at working opening their door and closing others.

QDOBA opened its doors May 1; welcoming hungry Athens residents, students and anyone passing through to grab some grub to eat.

Kayla Hall, general manager of QDOBA, 859 E. State St., said the past two months have gone well, but business has been slow.

“While the students were here, we were super busy, but as soon as students left and construction started, we died down tremendously,” Hall said. 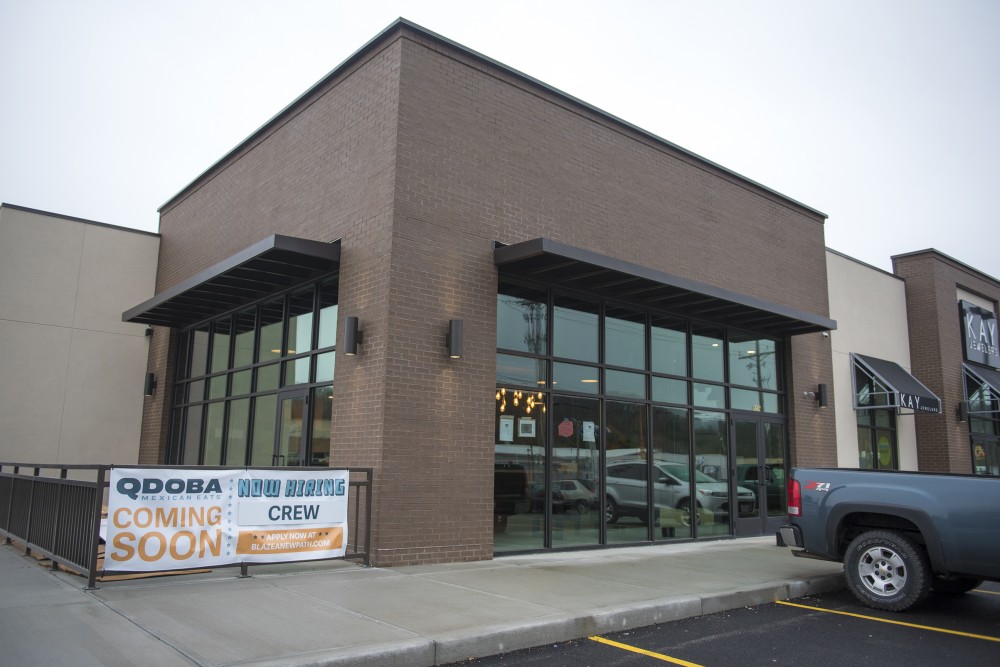 The exterior of the future home of Qdoba on East State Street on March 27.

Once students return to campus in late August, Hall said she believes QDOBA will return to being busy.

Henry Strosnider, a sophomore studying integrated mathematics education, said he knows what QDOBA tastes like, but he would rather have Chipotle due to it being on campus and because he likes the taste better.

Hall said she believes that QDOBA being off-campus has drawn in more people other than just students.

“You don’t have to worry about parking,” Hall said.

Anyone in Athens who’s excited to eat a steak burger or slurp a shake will now have to wait until November.

Steak ‘n Shake was originally scheduled to open in the summer of 2018, according to a previous Post report, however, Jim Stricklin, a co-owner of the restaurant, said it will now likely open in November.

Stricklin said he and the other owners are waiting on the final appraisal. After it is given, he said it will not take long. He said he has also hired a management staff and started their training.

“It is moving forward, it just doesn’t look like it from the street,” Stricklin said. “We are still coming, it is just taking a little longer than I had hoped.”

Strosnider said he is looking forward to the Steak ‘n Shake because it is a good meal for the average college student.

“We are taking aggressive action to right-size our retail footprint,” Sands said in an email. “We are committed to providing great service and every product businesses need whether it's in-store, online or through mobile.”

Sands said that is all the information she can share at this time.

Shrivers has been around for more than 20 years in the Zanesville area, co-owner Ben Holter said. The Athens location will be its ninth retail location. There is also a branch in Nelsonville.

“We felt the location on West Union Street was a perfect spot for a new pharmacy and Athens is a great market with significant growth potential,” Holter said in an email. “Our location is convenient for students, customers who utilize healthcare services at O'Bleness Ohio Health and also for local residents who live on the west side or just want to avoid going to East State Street.”

“We accept all prescription insurance plans and can easily transfer prescriptions from their home pharmacy,” Holter said in an email. “We also offer a Free Rx delivery service to campus and the Athens area 5 days/week!”