5 games to watch this fall

Fall is a busy time in the sporting calendar. Football is in full swing; along with the volleyball, soccer, field hockey, cross country and golf all playing. Hockey gets underway, and the first strains of basketball season are felt.

Here are five games Ohio fans should have scheduled on their calendars for the upcoming months:

This game might be a MAC Championship Game preview. The preseason media poll has both of the two teams projected to win their respective divisions. The Bobcats will to travel to DeKalb for their sixth game of the season, where Ohio will be tested near the beginning of the conference season. 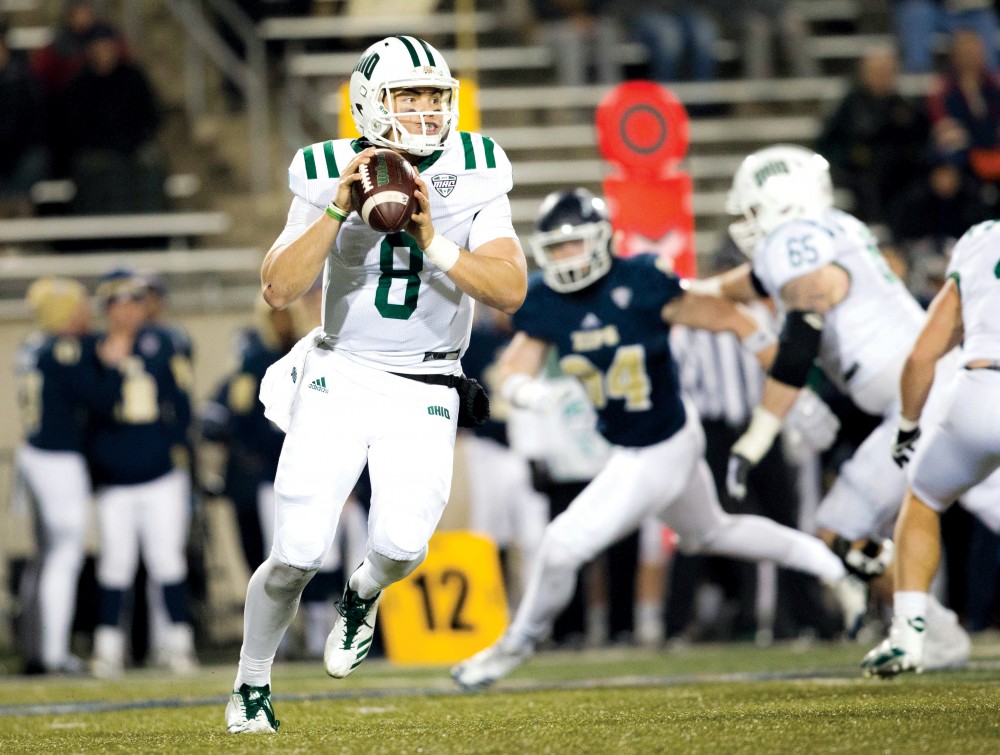 Ohio's Nathan Rourke (#8) scans for an open player during The Bobcats game against Akron on November 14, 2017.

Last season, Ohio was on the brink of winning the MAC East until it lost to Akron 37-34. This year, the Bobcats have a revenge spot the night after Thanksgiving at Peden Stadium. This game might be Ohio’s chance to clinch its spot in Detroit against a team that has given the Bobcats fits in spots like this for the past few seasons.

Ohio travels to Lincoln to take on the reigning national champion Cornhuskers in an early season test. Nebraska has won two of the last three championships, and hasn’t lost at home since Oct. 1, 2016. A win in this game would be a highlight of the Bobcats’ season. 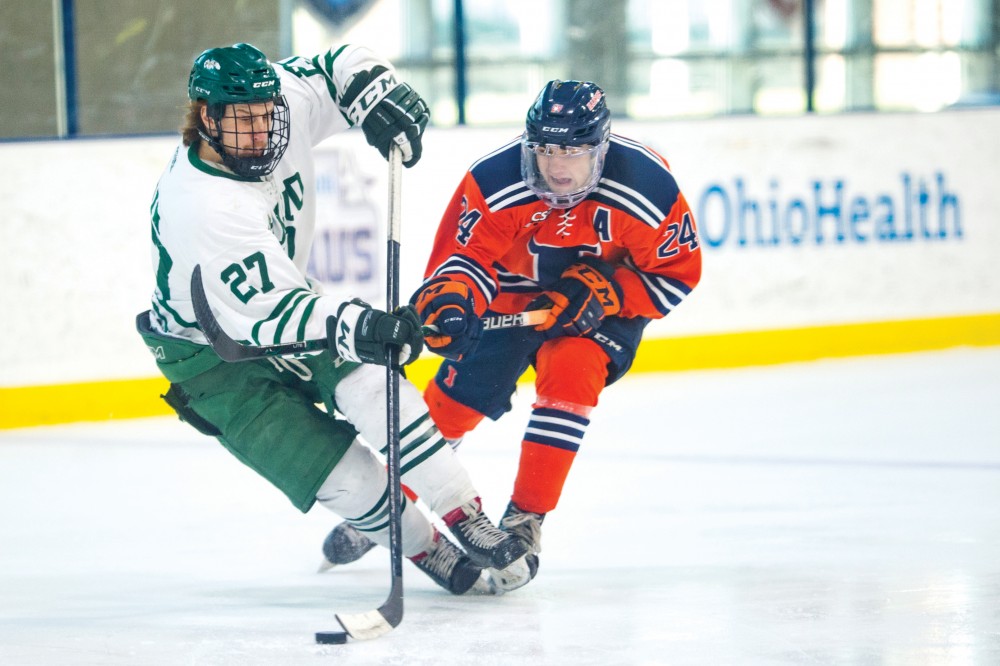 Ohio's Matt Rudin fights Illinois' Robert Ernsting for the puck during Ohio's game against Illinois in the 2018 ACHA National Tournament on March 11.

The series that will close out the fall semester for the Bobcats will look to be a revenge spot. Ohio lost in both the Central States Collegiate Hockey League tournament, which the Bobcats hosted last season. Ohio was favored in that game. Then, in the American Collegiate Hockey Association tournament, the Bobcat’s season ended by the Fighting Illini. Ohio should have won both games, but failed to, and these two games at Bird Arena are some of the biggest of the first half of Ohio’s season. 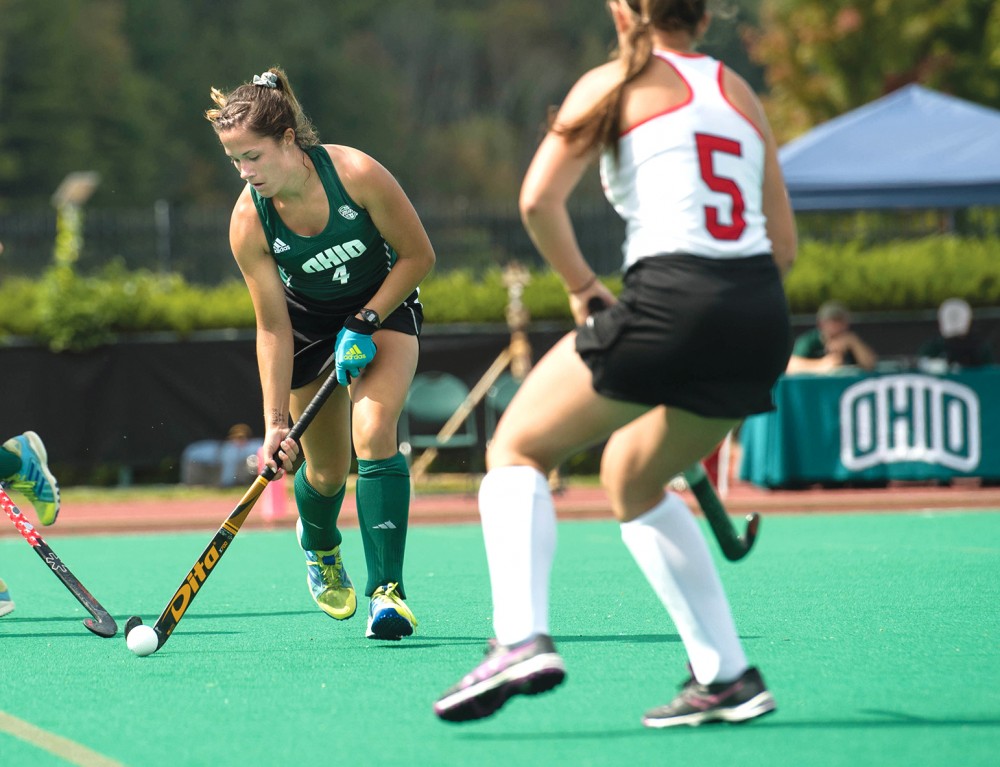 Ohio’s Claire Buckey hits the ball up the field during the Bobcats game against Ohio State on September 17, 2017.

Any chance for the Bobcats to play the Buckeyes is a big one. New coach Ali Johnstone will get her first chance to lead her alma mater against the big school to the north. This midseason matchup will be a good watermark for a program in the first year under a new coach.

Another Bobcat team taking on a Buckeye squad is the volleyball team Aug. 25.