Catch up with Athens City School District Board of Education

After months of deliberation, the final details of the facilities master plan and its corresponding levy were confirmed this summer by the Athens City School District Board of Education.

The board had begun confirming the final details in March when they approved the facilities master plan. They finished the final steps of funding the plan last month by approving the dollar amount and mileage of the bond issue that will be on the November ballot.

Superintendent Tom Gibbs said the final total for the levy is $60.5 million and the final mileage is 5.88 mils. In a previous Post report, board member Kim Goldsberry said the board had been going back and forth on locally funded initiatives to keep the price down for voters.

The total mileage also stayed in the board’s goal of 6 miles, according to a previous Post report.

Gibbs said the final dollar amount and the final mileage was confirmed by County Auditor Jill Thompson. The deadline for any changes to the total was last meeting, so now the board has to wait and see if the bond issue passes in November.

The $60.5 million total is to cover the cost of locally funded initiatives. The majority of that total accounts for inflation.

“It's been more significant this past year than it has been in years past, and we know it will take us several years to get the project completed,” Gibbs said. “We want to make sure that we had a cushion in there to address that concern.”

The total on the bond issue would also help cover the fixed seat auditorium and the new tennis courts at Athens High School. 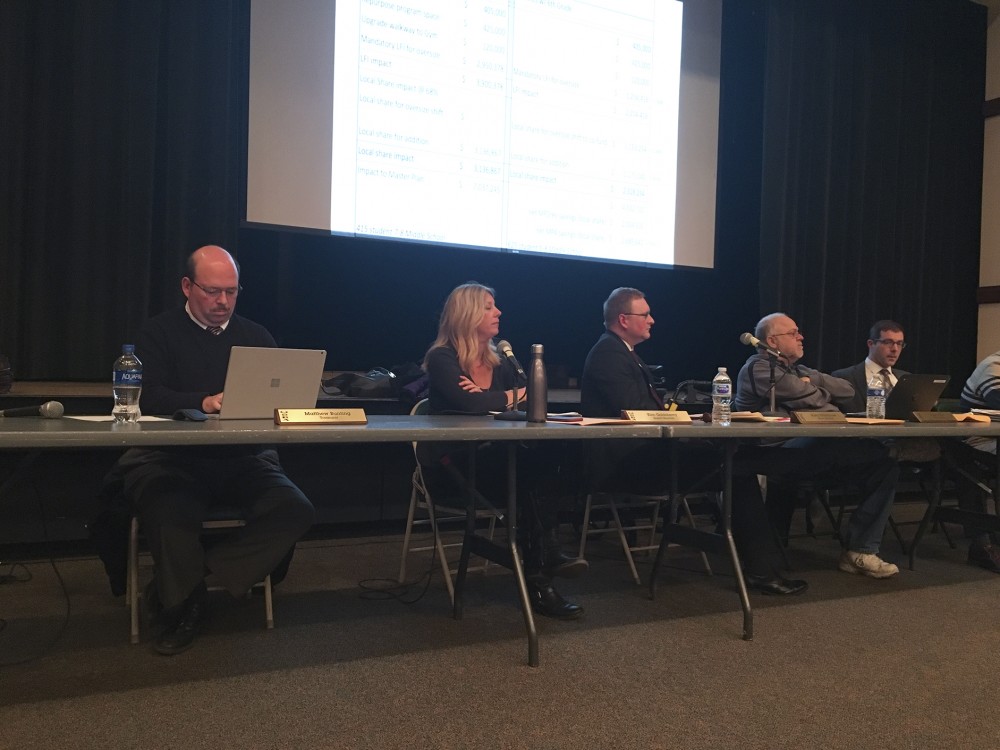 Representatives from the Athens City School Department held a meeting on March 8 to decide on "option four."

Gibbs said the bond issue will include improvements to Athens Middle School such as a change in the office location, better handicap accessibility and an enclosed walkway.

The facilities master plan includes a new grade configuration. The final configuration will be two new pre-K to third-grade buildings, one renovated fourth to sixth-grade building, a renovation to Athens Middle School and a new Athens High School, according to a previous Post report.

The plan will include safety upgrades such as access controls, a visitors entrance by the main office, a single button to automatically lock external doors and a significant increase in the number of security cameras on school grounds, according to a previous Post report.

Board President Rusty Rittenhouse had strong words about the difference in placement in a previous Post report.

“One of these proposals is safe,” Rittenhouse said in March. “The other is dangerous.”

The board will introduce a resolution to proceed so the bond issue will move forward to placement on the ballot.

As residents get closer to deciding on the bond issue in November, Gibbs hopes residents understand the buildings need significant investment.