The Kennedy Museum of Art has been putting up art shows and exhibitions for more than 20 years.

This year, it will once again organize a series of locally and internationally inspired exhibits for viewing, along with other galleries across campus. Art exhibitions are organized for students, professors and others to view throughout each academic year.

Jeffrey Carr, the exhibitions and collections manager at the Kennedy Museum, said the museum will have a 20th anniversary exhibition for Passion Works Studio titled “A Story of Flying: 20 Years of Passion Works.”

Carr said the museum hosted an exhibit of Passion Works art when it first opened as a gallery in 1996, but this year’s exhibit will be an “eye-opener.”

“It’s going to be immersive,” Carr said. “It’s part installation and part exhibit, which means there will be large elements of sculptural things in the gallery. Probably part of the exhibitions are going to surround you as you walk through it. There is also going to an interactive screen to see what Passion Works is about.” 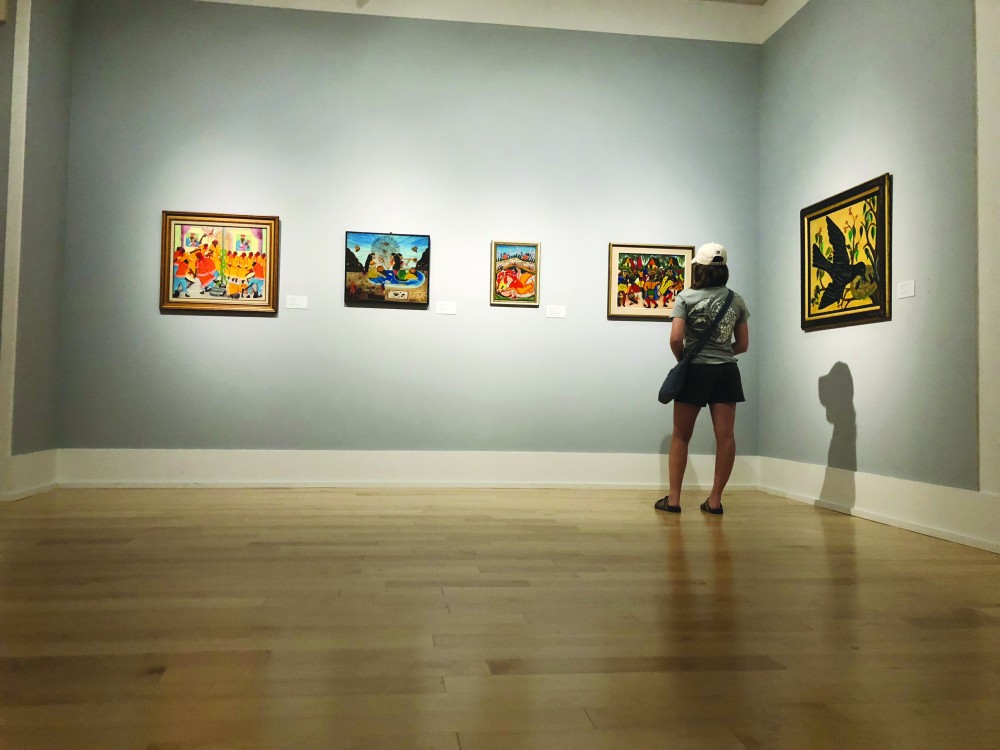 A student views A Sudden Garden: Haitian Art from the Huntington Museum of Art featured in The Kennedy Museum of Art on August 16, 2018.

“Their work is concerned with telling the stories of displaced people, particularly of people from (the Middle East),” Carr said.

To increase engagement with art among the student population at OU, Carr said the museum has built partnerships with professors to integrate visits in the curriculum.

“We get lots of class visits,” Carr said. “We have seen a big growth in student visits.”

Jacob Adams, a senior studying psychology and women’s, gender and sexuality studies, said he appreciates that art can be combined with other subjects that interest students, and the art department can make connections with other departments to get students to visit the galleries and museums on campus.

“Art can connect to any area of study,” Adams said. “There are so many galleries, but not that many people go to them as they are not advertised that often.”

He said that a lot of students might not be interested in going, as they do not think they are good artists. However, Adams believes that art is very accessible to everyone, even if one thinks one does not have the skills.

“Art is more than painting and drawings, not everyone can do that,” Adams said. “Some good artists cannot even paint or draw. They do other things.” 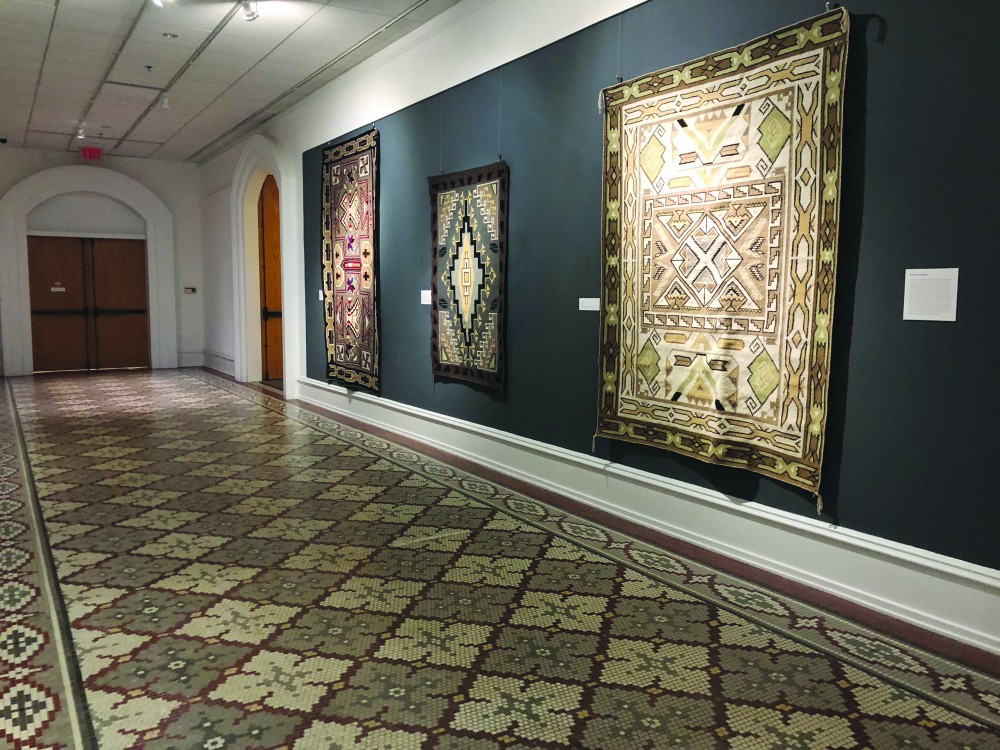 Merging Concepts IV:Communication Through the Ages.

Carr also said the budget for Kennedy Museum of Art and OU has decreased over the past decade because of a decrease in state funding. The museum receives enough money for the basics and gets some additional money from private owners. The museum relies on the Division of University Advancement for the fundraising it cannot do itself. Many times, the museum receives pieces of art as donation.

“We do not have deep pockets,” Carr said. “But we maximize every dollar we get. We have to make it work.”

Rachel Cornish, director of external relations for the College of Fine Arts, agrees that funding can sometimes be a bit lacking. However, she believes that a person does not need a lot of money to make great art.

Cornish said there are about 500 events organized for the school year, and the majority of those are free for students. She thinks the university does an excellent job of providing opportunities to students for participating and consuming art. She also believes that students can be engaged more in art with by participating in it and working with everyone, not just with an artist, to explore oneself.

“Art is of course a way of expressing oneself,” Cornish said. “Art can be healing. It can communicate different things and tell a story.”