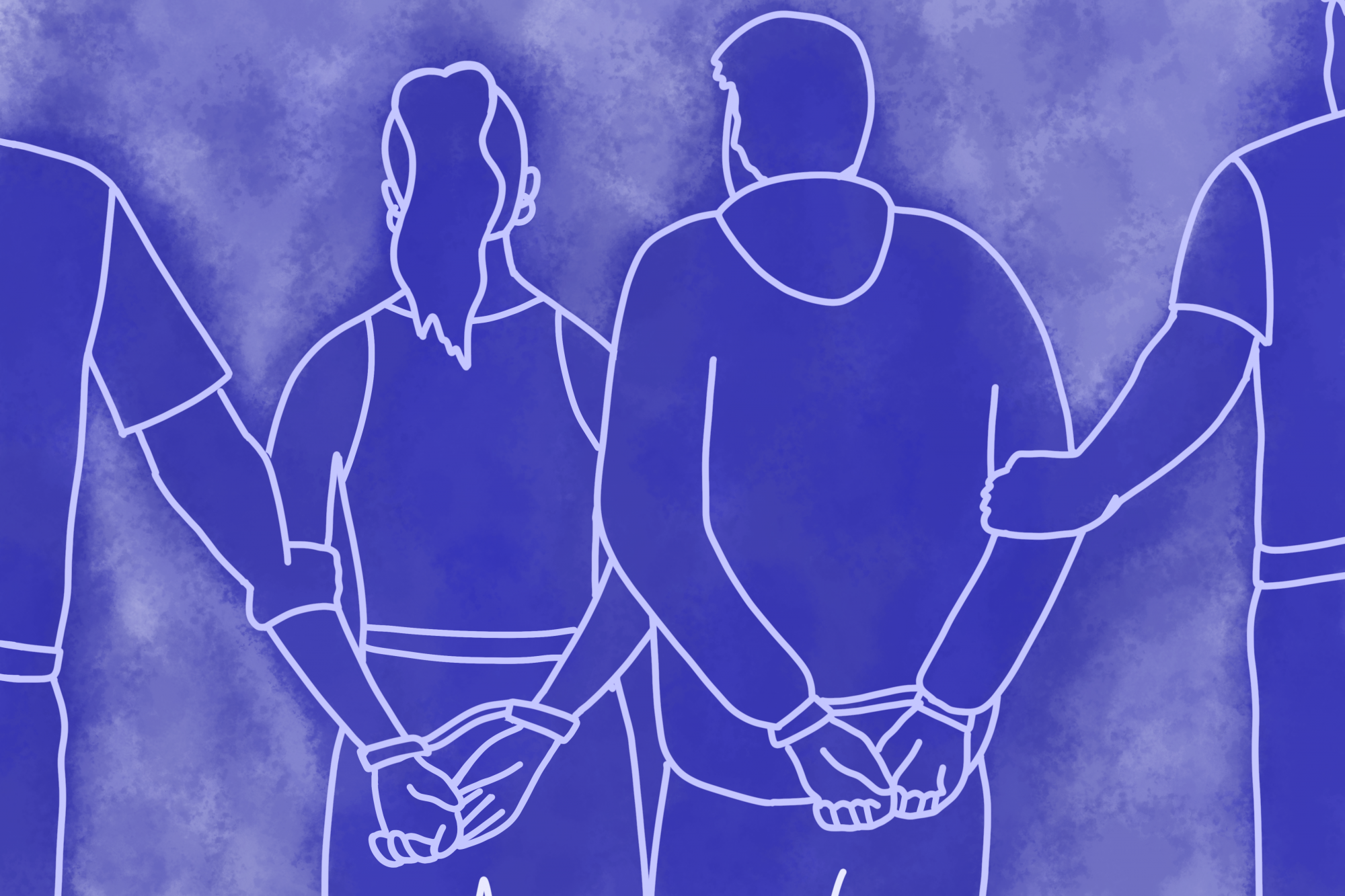 U nderage drinking has long been a common phenomenon among college students in college towns nationwide, and Athens is no exception.

Under normal circumstances, alcohol-related arrests and charges would be in the double digits. The last year has been anything but normal, though, and the number of underage drinking cases has decreased dramatically.

Ralph Harvey, captain of the Athens Police Department, said between Jan. 1 and April 5, only nine people were charged with underage drinking. The number of cases is down slightly from 17 people in that same time frame in 2020 and down significantly from 59 people during the same time frame in 2019.

“There are many factors that can play a role in this, however, the pandemic is the most likely, even if it is indirectly,” Harvey said in an email. “Similar to other crimes; less people in town, less activity, bars closing earlier, other businesses that sell alcohol such as restaurants doing less business overall, all play a role in this.”

The Ohio Investigative Unit, or OIU, has also seen a decline in alcohol-related citations while COVID-19 health order violations have increased, Eric Wolf, enforcement commander with the unit, said.

In many cases, catching people drinking underage is not even the primary reason for APD’s presence.

“Most of our arrests for underage (drinking) are in conjunction to another arrest or behavior that caused our intervention,” Harvey said in an email. “For example, we get called to a disturbance at a bar, it is two intoxicated persons and one or both are found to be underage. This can be anywhere in Athens, but most are in the uptown area.”

OIU’s work, however, is directly related to complaints it receives from the community or local law enforcement partners, Wolf said.

“Typically, we will receive complaints on various alcohol violations, be it underage sales, sales to intoxicated persons, any kind of illegal activity that's taking place on a liquor permitted establishment in Ohio,” Wolf said. “And then we go and make visits. So, our agents will visit these locations again in a plainclothes capacity, basically observe the actions that are taking place, and if there's any type of illegal activity taking place, be it criminal or administrative, then we take the appropriate actions.”

Wolf said action can also be taken against underage individuals who are drinking at house parties, in mall parking lots or at state or federal parks, among other locations. 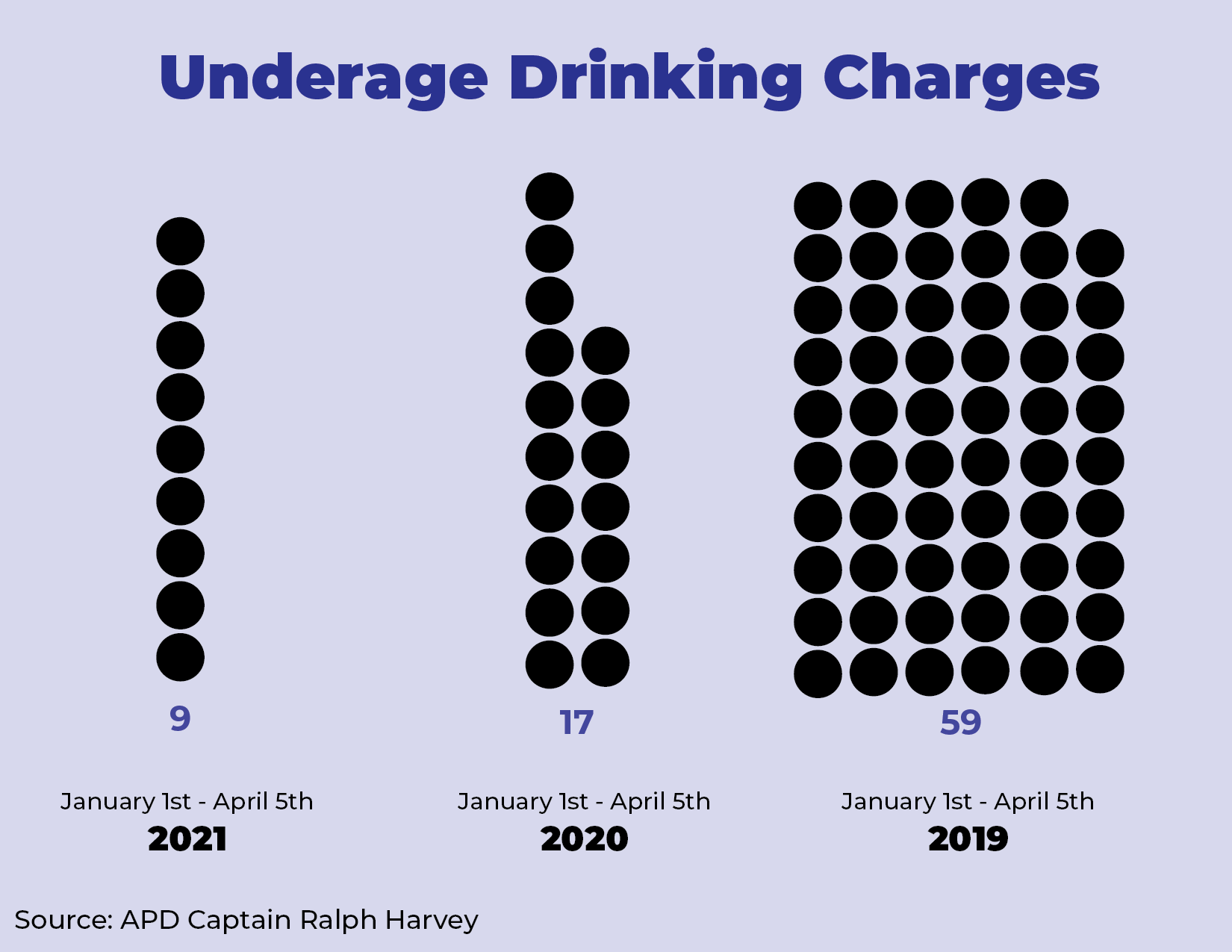 “Disorderly conduct by intoxication is the most common, but it can be almost anything,” Harvey said in an email. “If it is in conjunction with a more serious crime, such as assault, the person will usually be charged with the more serious crime and not underage (drinking).”

Similar to the specific charges given to individuals who drink underage, Wolf said the length of jail time for underage drinking offenders can vary widely.

Underage drinking violations are usually first-degree misdemeanors, Wolf said. First-time offenders are usually able to opt in to a diversion program or face a fine. Additionally, many individuals do not get jail time for their first offense but are instead given a citation and a day to appear in court. At a maximum, the penalty for a first degree misdemeanor in Ohio is six months of jail and/or a fine of up to $1,000.

In the eyes of Athens Mayor Steve Patterson, there are plenty of reasons for students not to drink underage, including a basic adherence to the law.

“Number one, you shouldn't (drink underage) because it's against the law. Number two is that we are under a pandemic,” Patterson said. “Think about the social inhibitions that occur by not being intoxicated. Those inhibitions go away when you are intoxicated, and you run the greater risk of being exposed, of coming in contact with someone else who may have COVID-19.”

“A good example to give you is Collin’s Law, that hopefully Collin’s Law is going to go through, due to the unfortunate death of one of our OU students due to hazing. With hazing … often excessive drinking is taking place, which takes lives,” Patterson said. “The law’s in place for a reason.”