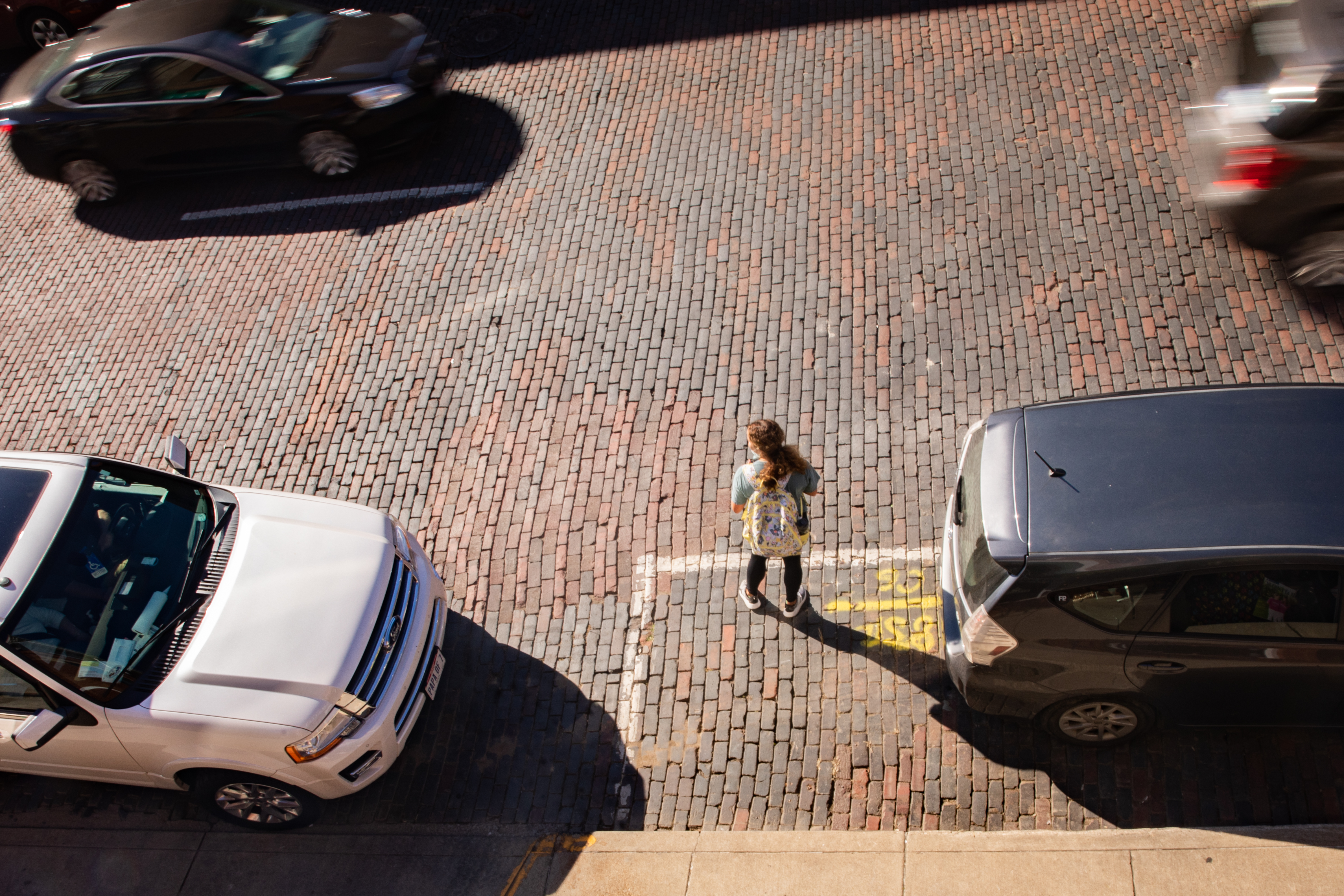 M any dread the sight of a large towing truck with hooks on its back, especially when it’s coming near their car or truck.

Towing is not a new issue in the city of Athens, with both permanent residents and students having stories of being towed and feeling as though they were charged an unfair price. These complaints are not only recent occurrences, and even those who have left Athens still remember the occasion when they walked out to see their car being loaded onto a truck.

Amanda Carter, a former OU student and former Athens resident, rescued her car from the back of a truck while it was being towed in 2016. Carter parked her car in the Family Dollar lot at the end of Court Street while she shopped. After she dropped her bags off in her car she walked up the street for just a few minutes to pick up a friend. When she got back to the parking lot, she saw her car being loaded onto a tow truck and the man driving the truck approached her.

“He was like, yeah well, there's no one that works there left to vouch for you, so you're gonna have to give me 100 bucks in cash unless you want to have to come pick it up in the morning,” Carter said. “I had to walk to the Chase ATM on Court Street and give him $100. And I was like ‘is there no paperwork or anything?’ He said no.”

Athens resident Nickie Bailes had two unpleasant experiences with a towing company in the past year. The first one happened when she was towed from in front of a friend’s home.

Bailes had gone over to help her friend with taxes in the spring, and they told her it was okay to park in front of their home. Her friend had been told by the building’s owners the lot was not being monitored due to COVID-19, she said.

She estimates she was at the home for about an hour, and during that time, her car was towed without her knowledge. This occurred during the late evening when it was dark outside, she said. Due to the time of day, Bailes said the company who towed her car, Curtis Towing and Auto Repair, would not allow her to retrieve it that evening.

Ultimately, Bailes was able to get her car back the next morning but said she was charged around $230 to do so. She was charged the original tow fee as well as an overnight fee and a weekend fee, Bailes said.

She was told Curtis Towing does have rights to monitor that lot; however, she believes they were not simply monitoring, but preditorally watching.

The second incident Bailes experienced was also with Curtis Towing.

This time was different. It was a private tow in which Bailes’ insurance company, AAA, called the company following a car crash. Bailes’ son was in a crash, requiring the towing of his car during the cleanup.

Normally, AAA works with Riverside Towing, but they were unavailable at that time, Bailes said. As a result, the tow company that was next on the rotation was called to retrieve the vehicle, and that company happened to be Curtis Towing.

When the tower arrived, Bailes said he was rude, and the situation was very confusing in terms of whether AAA would cover the cost, Bailes said. Ultimately, she paid Curtis Towing $180 for their services.

Bailes also emphasized her frustration with Curtis Towing operating on a cash-only basis.

Curtis Towing has a policy of accepting cash-only payments due to difficulties concerning credit card payments being redacted following the retrieval of one’s vehicle, Steve Curtis, the owner of Curtis Towing, said.

In the past, Curtis said, whenever the company has accepted a credit card, they have actually lost money. He said in his experience, people will pay the owed $129 and walk outside to immediately call their card company to dispute the cost. Additionally, an extra $28 is removed from his account because of each dispute, he said.

“That's why we can't take credit cards. I mean, the kids (college students) won't pay,” Curtis said. “And I have that right too. I don't have to take a credit card.”

Ohio Revised Code says a towing provider may accept credit card payments but does not say they are required to do so. 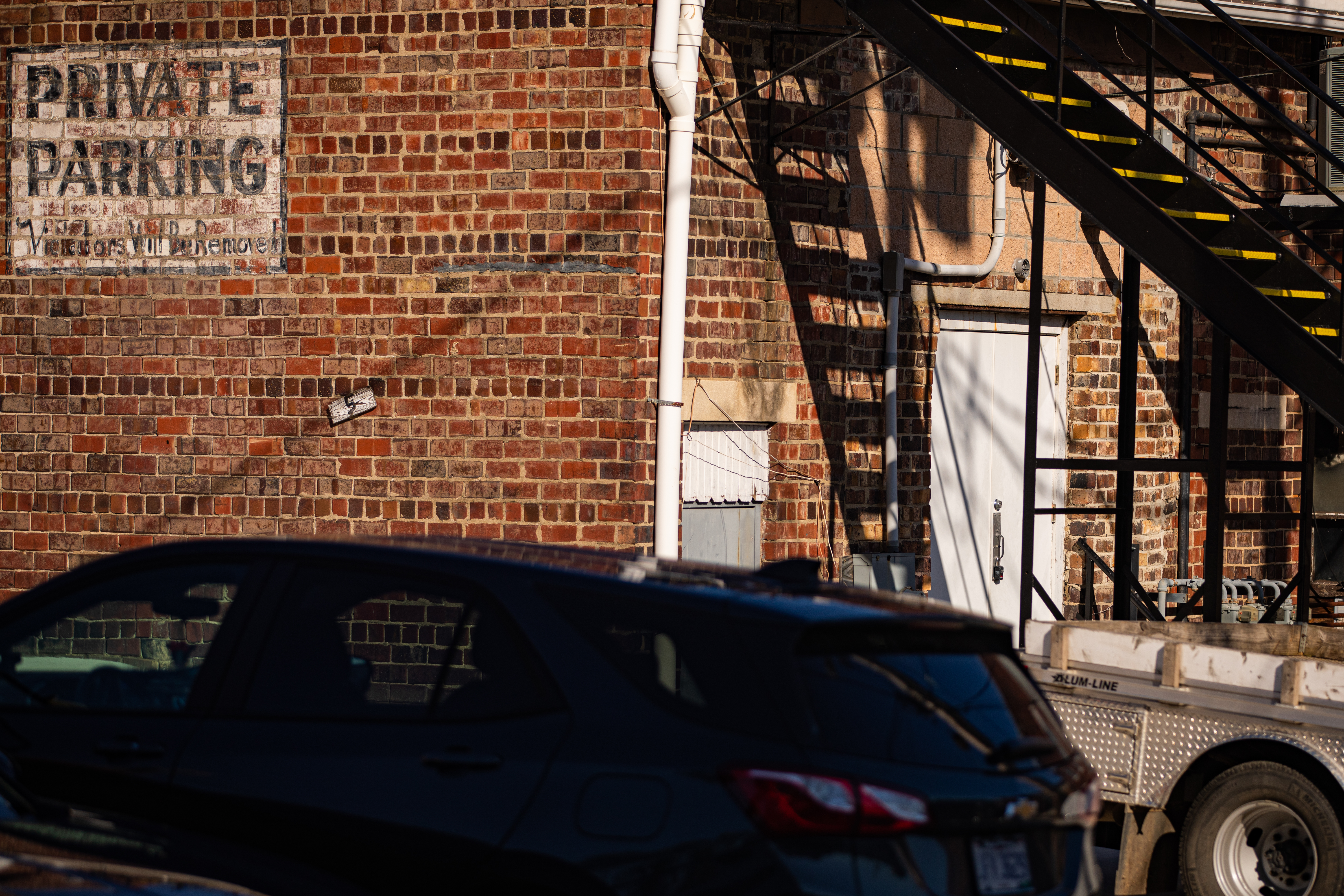 Bailes’ husband, Erik Boczko, had a similar experience earlier this year when he and a colleague parked in the same lot near Mill Street Apartments.

They went for a quick walk, only about 20 minutes, he said, but when they returned to the parking lot, their vehicle had been towed by Curtis Towing. When he and his friend went to retrieve the vehicle, they were charged a cash-only amount of around $180, he said.

Curtis also emphasized that his company follows state code, rather than city code, when it comes to the pricing of a tow. The exact fees allowed to be charged are outlined both in Ohio Revised Code and in a chart on the Ohio Public Utilities Commission website.

Athens Towing follows the same guidelines, John Moschell, an Athens Towing employee, said. However, the company does not work with private calls to tow lots.

“Most of the time we get people who are frustrated who have parking tickets, and the Athens city parking patrol dispatches us because we're all on a rotation, and they get irritated at our prices,” Moschell said. “It's understandable.”

Ohio’s towing rules say, for a vehicle weighing under 10,001 lbs, the cost of a tow cannot exceed $129. However, there are other fees that may be added to the total cost when retrieving a vehicle.

The maximum daily storage fee is $17 per day, and the maximum administrative fee is a $25 one-time fee, according to the PUC. It should also be noted, if retrieving a vehicle after regular business hours, the initial towing fee increases to $150.

“Prices are different if an individual actually calls us and we are able to access the keys and all of that good stuff,” Moschell said. “It definitely makes it easy and it's definitely a lot cheaper, about half the price.”

Athens City Code on towing says the maximum charge for towing a vehicle under 15,000 lbs is $50, regardless of any equipment used. As with Ohio State Code, there are other fees that may also be charged.

“City code does not regulate anything anymore; they did away with that, years ago,” Curtis said. However, he said he follows PUC guidelines.

Athens City Council discussed changing the city code a few years ago, Eliason said, however they chose not to do so.

The Athens City Code is still in place.

“It (being overcharged) is a civil matter between the parties,” Eliason said. “And the parties would be the person towed and the towing company. … What we've told people in the past, is that they should file a civil suit against the towing company if they're charged more than $129.”