Finding a Way to Play

Quiera Lampkins heard the news about why she might not have been drafted from one of her American Athletic Union, or AAU, coaches, who had also told her father.

As Lampkins went through two WNBA combines, she drew interest from some of the league’s teams. But at the end of the 2017 WNBA draft, Lampkins hadn’t been selected.

Lampkins, a former Ohio player, is the second all-time leading scorer in the team’s history. She’s part of the program’s 2017 class, arguably the best class in school history. During her senior season, she averaged 19.8 points per game and helped lead the team to a 22-10 record.

It was the third straight year the Bobcats had won 20 or more games in the regular season. Lampkins was on each of those three teams.

But when Lampkins heard that one of the reasons she wasn’t drafted was because she didn’t shoot many jump shots in college, she was driven to show that she could do more than drive to the hoop.

“A lot of people think it was like, ‘Well, she couldn't shoot,’ ” Lampkins said. “And it was not — that was never the case. It's just that I didn't shoot.”

Lampkins’ game has been centered on her driving to the basket with ease. When she played at Ohio, her role wasn’t to shoot jumpers. Her role was to drive and score. And if she didn’t score, she was to create shots for others.

Now Lampkins plays for BC Winterthur, a team in Switzerland. She’s developed into an all-around player, and it’s been an endeavor that is necessary for her growth as a professional player.

“It’s kind of fortunate, but I understand,” Lampkins said in referring to not being drafted. “Because you know, it’s a business. (The WNBA expects) their players to be able to do a lot of things.” 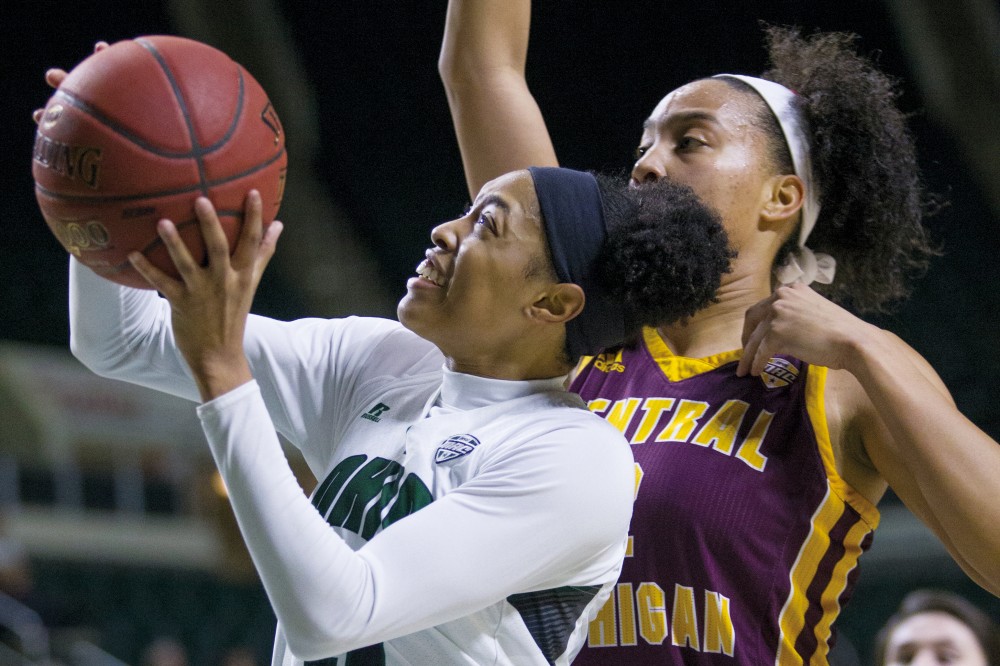 Ohio senior guard Quiera Lampkins drives to the basket during the first half of the Bobcat's game against Central Michigan on Wednesday, February 15, 2017.


What Lampkins has had to do is show that she can shoot. And she has. She is shooting significantly better with BC Winterthur than she did at Ohio. With the Bobcats, Lampkins shot under 30 percent from 3-point range for her career.

But with BC Winterthur, she is the team’s top shooter; she averages 41.3 percent from the 3-point-line.

For Lampkins, the addition of a jump shot to her game will likely help her receive WNBA opportunities.

While Lampkins still wants to go to the WNBA, she has had a change in heart about playing overseas since she arrived in Switzerland late last August. When Lampkins first got to Switzerland, she didn’t know if she could stay overseas for another year, much less play overseas for multiple years.

But Lampkins has seen the benefits of playing overseas. She still wants to play in the WNBA, but she also likes the idea of traveling the world.

And from a financial aspect, women are paid better overseas compared to what the WNBA offers. In 2016, the WNBA’s maximum salary was $106,000. WNBA players play overseas during the off-season, and they earn considerably more money.

Phoenix Mercury guard Diana Taurasi sat out the 2015 season, opting to play for UMMC Ekaterinburg, the team she plays for in Russia. Taurasi reportedly made nearly $1.5 million a year compared to what she was making in the U.S., which was just over $100,000.

Earning money is important, but for Lampkins, gaining exposure was initially the focus.

“I feel like once you first start out, at least for me, the money wasn’t really that important to me,” Lampkins said. “It’s important to get the exposure, get to play and to see if I could possibly continue to do this for year after year.”

Of course Lampkins cares about making more money. She said she’s making what a rookie typically makes overseas. In the future, Lampkins wants more than money, though.

She also wants more competition, as she strives to play in the EuroLeague. As a guard, she’s defending other American guards, who are some of the best players in the Swiss league.

“There’s other teams that are more competitive,” Lampkins said. “It’s not terrible, but I know there is more competition somewhere else.”

Lampkins has been successful so far in Switzerland, but with that, she has noticed differences between the way basketball is played in America compared to the way it’s played in Switzerland.

Lampkins said the game isn’t fundamental in Switzerland, citing that players in America learn the game’s basics at a younger age compared to players in Switzerland. Part of that, though, is because Switzerland has a work-oriented culture.

Because of Switzerland’s hard working culture, some of the players on BC Winterthur have jobs along with playing on the team.

Lampkins said that for some players, playing on the team is more leisure than it is a career.

“People have jobs and then they still play, but there's a chance that they won't be able to make it because they have work or something like that,” Lampkins said. “So like in other countries, it's more serious.”

For Lampkins, though, playing basketball is her job now. She’s a professional player, so she must go to practice and play in games. She must go to workouts, which she goes to with Abria Trice, the only other American player on BC Winterthur’s women’s team. BC Winterthur’s men’s team also has American players, and Lampkins and Trice work out with the American men’s players as well. 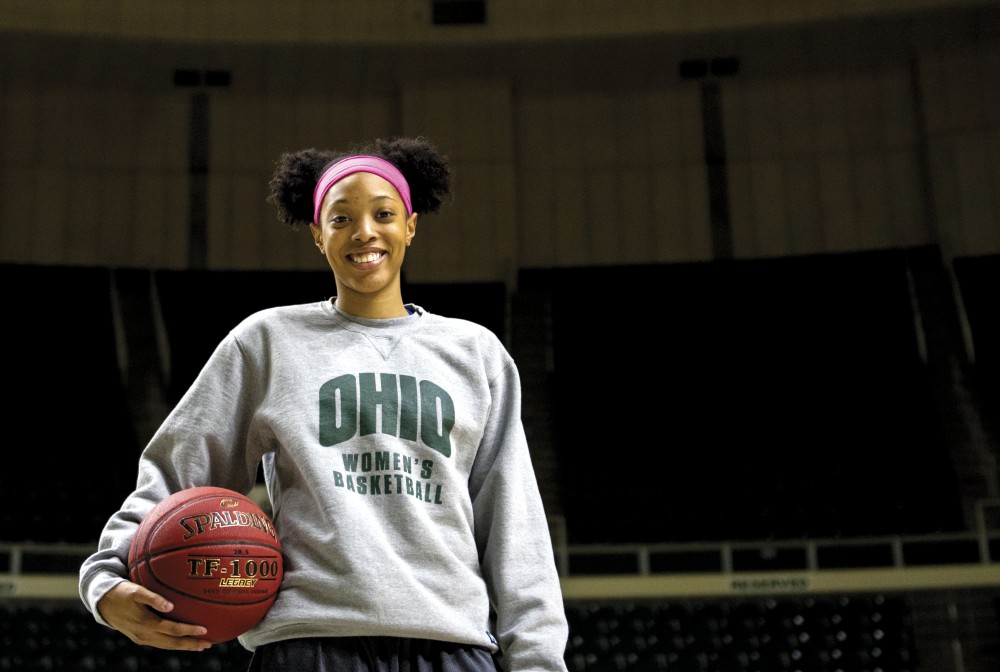 Quiera Lampkins poses for a portrait in The Convo.


Though Lampkins has practice nine or 10 times a week, she still has free time. She likes to watch animated movies. She recently watched Coco, which won best animated feature at The Oscars on Sunday.

Another challenge in traveling to play basketball in Switzerland was the time difference. Ohio is six hours behind Switzerland, so that’s been a difficult adjustment for Lampkins.

“I'm still struggling with it,” Lampkins said. “To this day, I don't go to sleep till maybe sometimes 5 a.m. here.”

Jasmine Weatherspoon, who played with Lampkins at Ohio, can relate to the time difference. Like Lampkins, Weatherspoon values family. But she’d be stuck when she wanted to talk to her family at 10 p.m. her time.

Weatherspoon plays professional basketball in Dunkirk, France, for DMBC, a team in a league called NF1. France is also six hours ahead of Ohio.

“I’ve had a lot of nights where I’ve stayed up till maybe 3 or 4 in the morning just because I don’t feel tired,” Weatherspoon said.

Lampkins is a self-acclaimed homebody. She likes being around her family and staying low key. She said that some of her friends didn’t even know she was playing basketball in Switzerland.

Lampkins knew that she was going to play professional basketball and achieve her goal of becoming a professional player.

“I like to be around my family, but other than that, I had no choice,” Lampkins said. “This is something that I wanted. I kind of had to suck it up. I’m a softie, but I tend to be tough when it comes to stuff like that.”