What guidelines women at OU had to follow in the ‘60s

When Ohio University students came to campus in the 1960s, they were presented with handbooks that outlined rules, expectations and information about campus services. The women’s handbook, titled “You, the Coed,” also featured a section with social tips, curfew hours and advice on how to be a lady.

“The most important thing about being a college woman is being a lady,” page 13 of the 1964-65 version of “You, the Coed” reads. “The coed is ladylike in the classroom, at parties and on campus.” 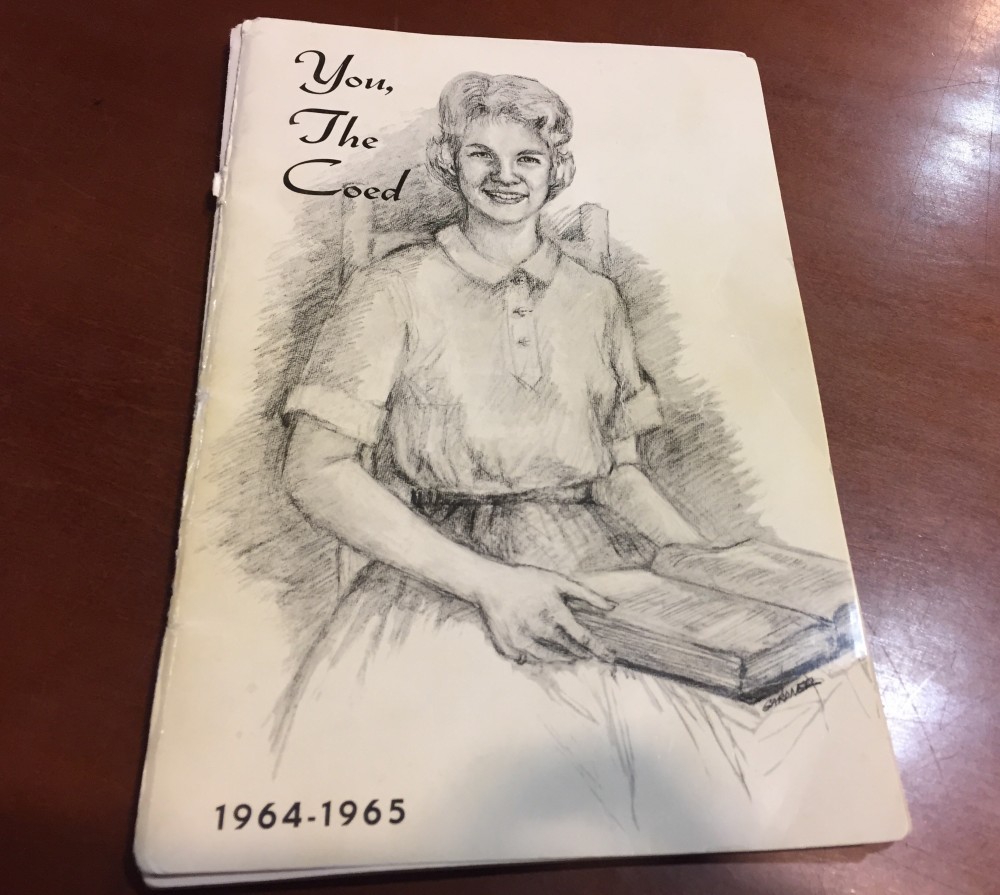 That handbook is 76 pages long, while the men’s one, called “You the College Man,” is 29 pages long.

Female students also had to follow a strict set of rules, including a curfew, referred to as “hours.” Male students didn’t have “hours.”

“You, the Coed” stated that women were not allowed to leave their housing units before 7 a.m. Hours were broken down by what year a female student was in college. The curfew for Sunday through Thursday was 10 p.m. for freshmen, 10:30 p.m. for sophomores and juniors, and 11 p.m. for seniors. On Friday and Saturday, the curfew for all female students was 12:30 a.m.

Those students could get permission to stay out later during the week based on their previous semester’s GPAs. If women had a GPA of greater than 3.5, they would receive an unlimited number of “lates” — except for freshmen, who were limited to four.

In the late 1960s, about 850 female students protested the curfew hours and participated in a walkout. They gathered outside Templeton-Blackburn Alumni Memorial Auditorium at 11:15 p.m. and clapped, stomped and cheered until shortly after midnight.

At the time, all women under 21 and juniors and seniors without parental permission had to follow the curfew, which was set at midnight on weekdays.

“Women, it’s a minute after 12 and we’re liberated,” Alicia Woodson, a leader of the Women’s Hours Steering Committee, said in a previous Post report.

The curfew was abolished in Fall Quarter 1971 as part of a new policy former OU President Claude Sowle approved, according to the April 1971 Ohio University Alumni Journal.

In the two pages of notes on social tips, that section highlighted how women should not ignore men’s attempts to light their cigarettes. They also weren’t allowed to wear pin curls, rollers and scarves in lounges or on campus.

“High standards or personal hygiene and an attractive appearance are expected of all women,” page 20 of “You, the Coed” reads.

“You the College Man” described the dress standard for all students and stressed the importance of neatness, cleanliness and appropriateness.

“Both in college and later in life, a man is often judged by his appearance,” page 14 of “You, the College Man” reads.

Women were also instructed to not accept dates if they didn’t want them and to never cancel dates. The handbook presented women with suggestions on how to do introductions and how to write formal invitations, as well. It concluded with a detailed breakdown of all the sororities and residence halls.