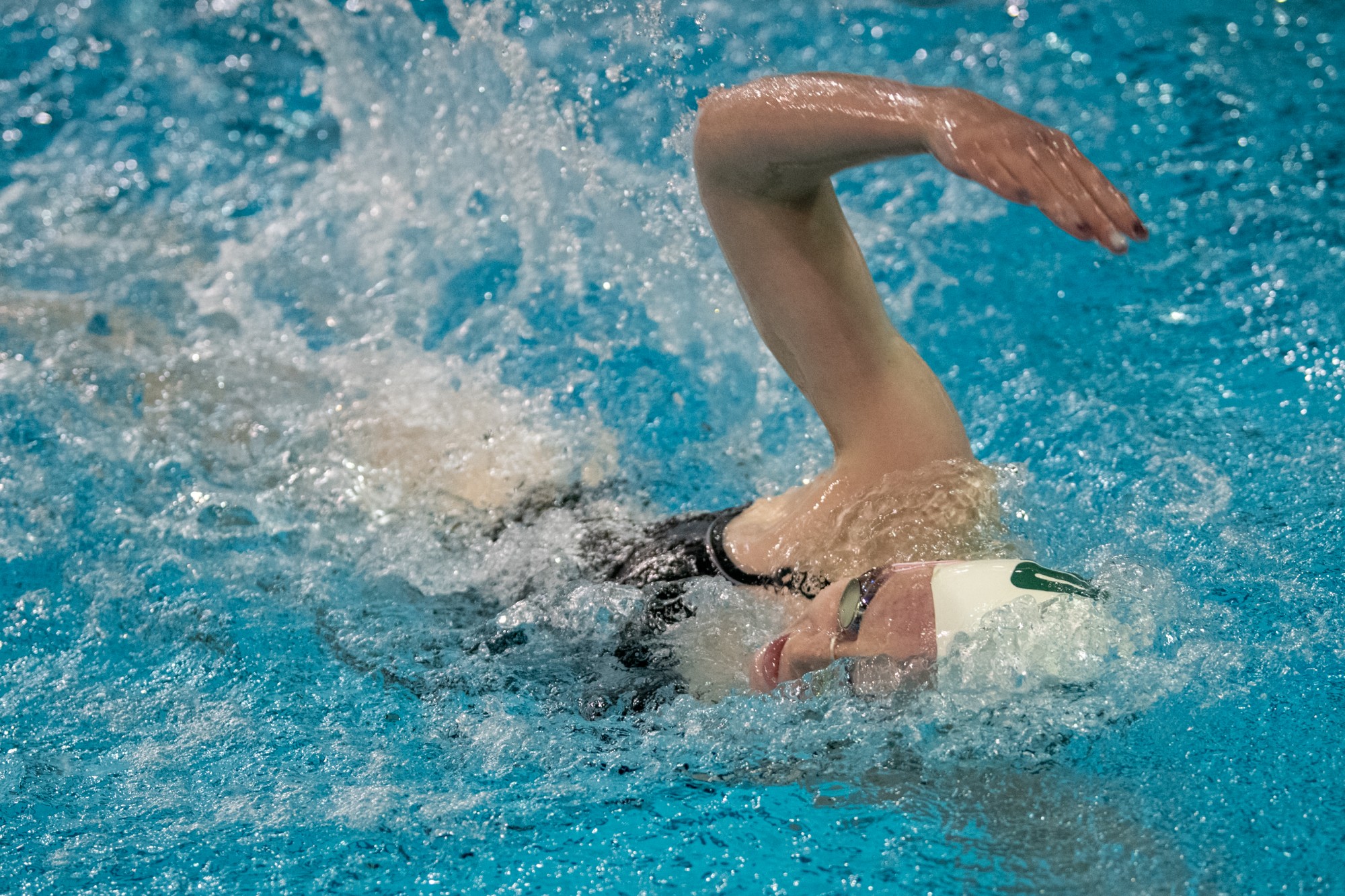 After a seventh-place finish at the 2020 Mid-American Conference Championships, Ohio’s swimming and diving team will look to improve in the future.

However, having completed the 2019-20 season, the Bobcats will lose several seniors, including Emilia Lahtinen, who was a key swimmer in multiple events.

As they head toward the upcoming season, they look to several seniors, including Katherine Garrity and Samantha Glass, as they try to build off impressive performances from late this past season, including team victories against Ball State and Marshall.

The younger swimmers and divers who put up impressive performances all throughout the 2019-20 season will also be key to continued success under third-year coach Mason Norman. The Bobcats have a bright future ahead of them with these swimmers and divers.

McKenzie Grau
Grau has also been considered an important piece of the Bobcats’ future. Also a sophomore, she competed in the 200-yard medley relay, 50-yard freestyle, 100-yard breaststroke and the 200-yard IM. She was consistent all throughout the 2019-20 season, putting up wins and other honors regularly, including an impressive first place finish in the 100-yard breaststroke against a No. 19 ranked team in Akron.

Taylor Miller
Miller put up quite an impressive year for diving. Entering her junior year, she has competed in both the one-meter and three-meter dive events. She suffered a concussion in December but came back and consistently finished in first place.

OU’s swimming and diving team has a lot of room for improvement. That is something it can certainly do as the 2020-21 season approaches. It looks to rely on its group of younger swimmers and divers who return with experience.