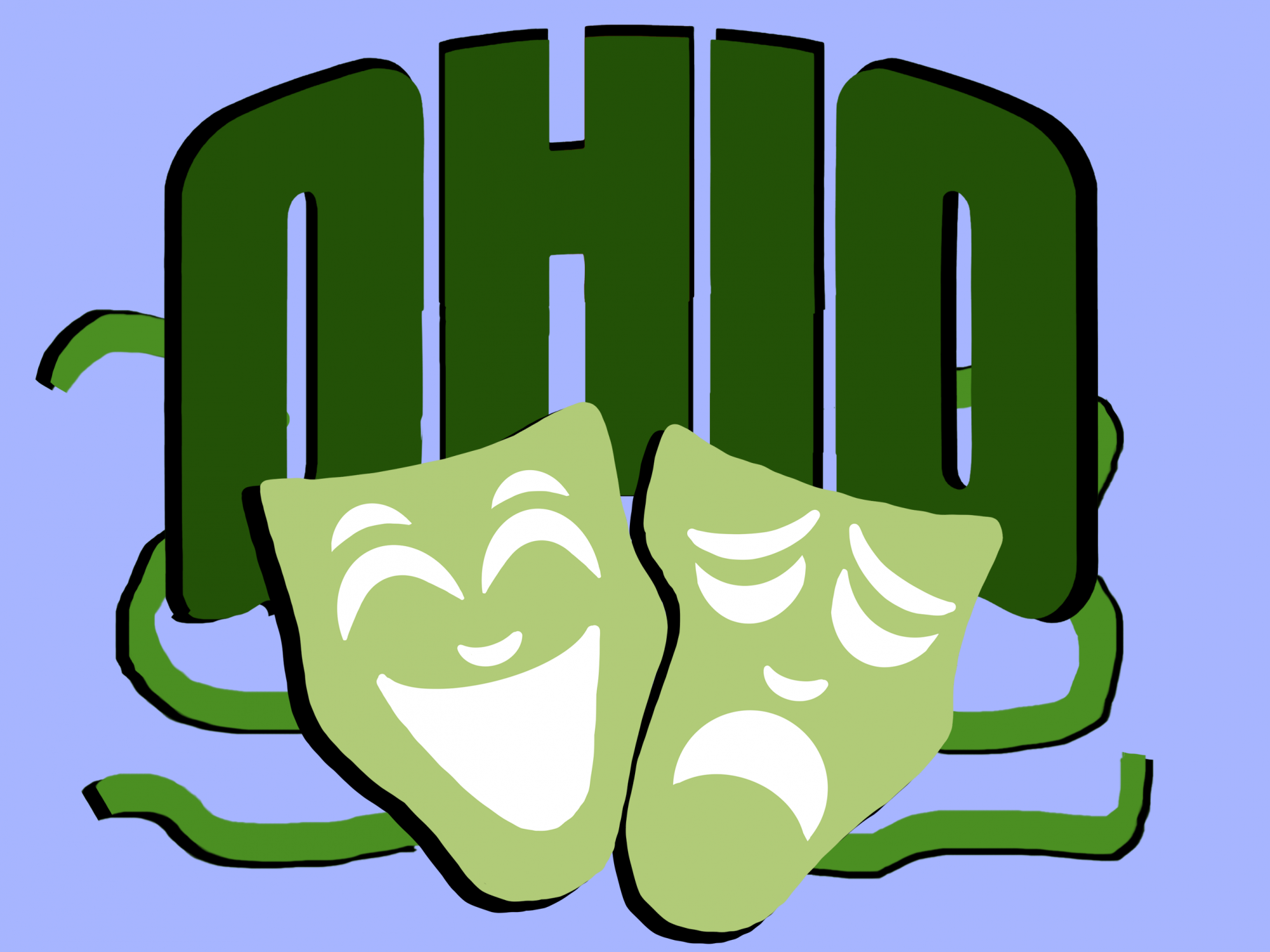 OU, Athens have an abundance of performing arts opportunities

Ohio University and Athens are home to a plethora of options for every type of performer and every lover of performance. Whether you’re a theater geek, stand-up star or dance lover, OU and Athens have opportunities for all of your artistic needs.

Blue Pencil Comedy is a stand-up comedy group that offers sessions for comedians to come, pitch their jokes and receive feedback, Shona Young, a rising junior studying integrated media, who is involved with the group, said. The group does open mic nights Saturdays at 8 p.m. in Front Room Coffee House in Baker Center, allowing any first timer who comes to the meeting an hour before in Baker 341 a spot.

“All of the members want to help one another succeed,” Young said. “Everyone there has a different way of thinking about things and a different level of experience, so there’s no pressure to be perfect. And there’s no requirement to perform right away. Everybody can take that step at their own pace. It’s a great chance to build your confidence, both in your own ideas and with public speaking.”

Occasionally, the group does themed performances at Donkey Coffee on Fridays at 8 p.m. as well.

As featured in a previous Post report, Lost Flamingo Theatre Company is Ohio University’s only student-run theater company. Each semester, the group puts on four productions, three straight plays and a musical. The group is best known for its yearly fall production of Rocky Horror Picture Show, performed with a shadow cast as the movie plays behind them.

The students in the group plan every aspect of the productions: directing, stage managing, performing and everything else.

“The little things we do to improve the company slowly make it more welcoming to people and just make it feel like a home for people who want to find a little corner here. We want to take all of the lost flamingos and give them a home,” Mikayla Chilenski, 2019-2020 president of LFC and an OU graduate, said in the previous Post report.

“We are a very judgment free, very positive group of people, and we welcome everybody. You don't have to have any dance experience at all to join our group. Some people have never danced a day in their lives, and some of them have been dancing their entire lives, so we just encourage everybody to come on out. It's such a fun time.”Maddy McGuire, President of OU Vibrations

OU Vibrations is a campus dance group welcoming anyone to come and dance in many different styles, President Maddy McGuire, a rising senior studying energy engineering, said. The group has a class session each week that welcomes those of all levels of ability. The different styles taught range from jazz to Irish dancing.

The group also has an audition-based group that puts together dances to be performed for different events around campus as well as a spring show. This group also performs in a range of styles.

“We are a very judgment free, very positive group of people, and we welcome everybody,” McGuire said. “You don't have to have any dance experience at all to join our group. Some people have never danced a day in their lives, and some of them have been dancing their entire lives, so we just encourage everybody to come on out. It's such a fun time.”

The F-word members like to brand themselves as a queer and feminist F-Word performance group, Connor Beeman, president of the group and a rising senior studying creative writing and women’s, gender and sexuality studies, said.

The group provides a space for different types of artists, including visual, poetry and performance, to come together and have a space to share their art. The group meets weekly on Sundays and has a big show once per semester.

“It's just a really good space to express yourself and make these connections without, like, intense pressure or responsibility,” Beeman said. “We just want to be a place you can come and share your art and express yourself.”

Additionally, the group participates in activism each year, Beeman said. This year, the group supported OU Fun Facts, a group protesting the cutting of OU Faculty.

The area surrounding OU is not short on opportunities either. ABC Players, a community theater organization, has been around since 1973, Jim Parsons, who has worked with ABC players for many years, said.

The group puts on four to five shows per year, Celeste Parsons, who has also been involved with ABC Players for many years, said. The group does its shows at Stuart’s Opera House in Nelsonville and has opportunities for anyone who wants to get involved in any way.

“We are doing the best quality theater that we possibly can do,” Celeste Parsons said. “It's a wonderful opportunity to work in a diverse group of people of all ages, and we particularly would like to encourage all you students, I think, because we know that (you) are among our future.”

For those needing transportation to off-campus locations, Jim Parsons said that a carpool could be arranged.