Football: Five players to watch on Ohio in 2019.

It’s easy to list the big-name players on Ohio’s roster for 2019.

Quarterback Nathan Rourke, safety Javon Hagan and wide receiver Cam Odom are the safest bets to lead the Bobcats toward another run for the Mid-American Conference Championship.

But here’s five players who could break out and enter that group of “household” names in the realm for Ohio.

At 6 feet, 4 inches, Hooks is one of the tallest receivers Ohio has had in recent memory. The redshirt freshman sat his first season out with the Bobcats but stood out among receivers in spring camp and should see plenty of snaps next year.

If Hooks, a native of Orlando, Florida, can use his size effectively, he could be a frequent red-zone target for Rourke and may ascend the wide receiver depth chart quickly.

When Rourke was asked who impressed him the most in spring practice, the quarterback didn’t hesitate in making his pick: Allison.

The 5 feet, 9 inch, 205-pound running back made the most of his additional reps this spring due to an injury to Julian Ross. Allison, a redshirt freshman, showed a knack for shedding tackles and broke off an impressive 30-yard run in the Bobcats’ 60-rep scrimmage to end spring practice.

Ross will likely start the season as the No. 1 running back for Ohio, but if another injury arises or his performance isn’t up to par, Allison should be in line for a bigger role in the backfield.

But Croutch, who led Ohio with 90 tackles and 5.5 sacks last year, has played his final game with the Bobcats. That means Conner, a redshirt junior, will need to build on his 36 tackles last season and develop his skills as a pass rusher to fill the gap. 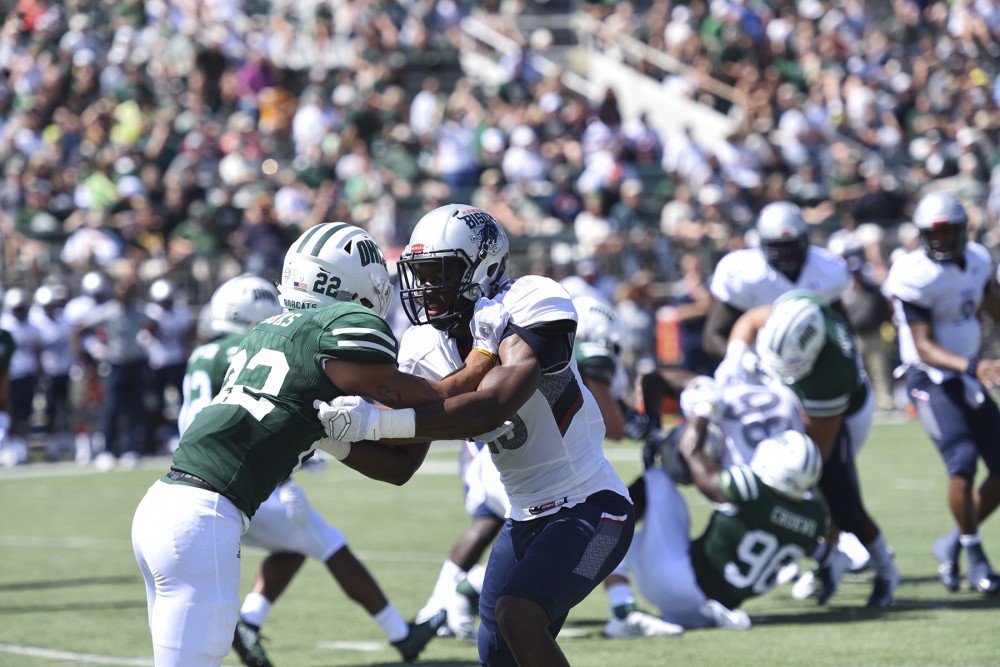 Brooks has already proven himself as a solid cornerback after posting 41 tackles, four pass breakups and an interception last season.

The Miami, Florida, native worked well alongside Jamal Hudson, who led Ohio with 12 pass breakups, and both sophomores are expected to up their game next season. The Bobcats are young at the cornerback position, and they’ll lean on Brooks most to lead the group.

Baker will likely be one of the most dominant defensive tackles on Ohio after garnering 20 tackles and 0.5 sacks in his first year with the Bobcats last season.

As the season went on, Baker, a senior who transferred from East Mississippi Community College, looked more comfortable in Ohio’s defensive schemes and could break out as a run-stuffing threat on the Bobcats defensive line next season.