General education classes prove to be beneficial for some students

For many students, general education classes are required for their respective major. As pointless as the classes may seem, some students found their Gen Ed classes to be worth taking.

Some students may wonder why they are required to sit through courses about the human anatomy when their major is art, but the knowledge obtained is more beneficial than they may think.

“Non-major classes are a chance to learn how complex, fascinating and exciting the world really is”Hugh Martin, Professor

Many students believe classes unrelated to their major can be a waste of time and money, but Grant Guggenbiller, a junior studying chemical engineering, actually enjoyed his required English course.

Guggenbiller took English 1510: Writing and Rhetoric I during Spring Semester last year. The class consisted of primarily reading assignments, writing responses and full papers to work on throughout the week. It was nothing too strenuous for Guggenbiller, but what made his class so great was his professor, Brandon Bender.

“I really liked the class because the professor was really interesting,” he said. “His focus was monsters in literature, not specifically a beast or creature, but monsters as people doing horrific things. The readings, assignments and papers all dabbled with that concept of monsters.”

The content of the course made it easy to enjoy for Guggenbiller, but it was also a class he believed has helped improve his writing skills overall. 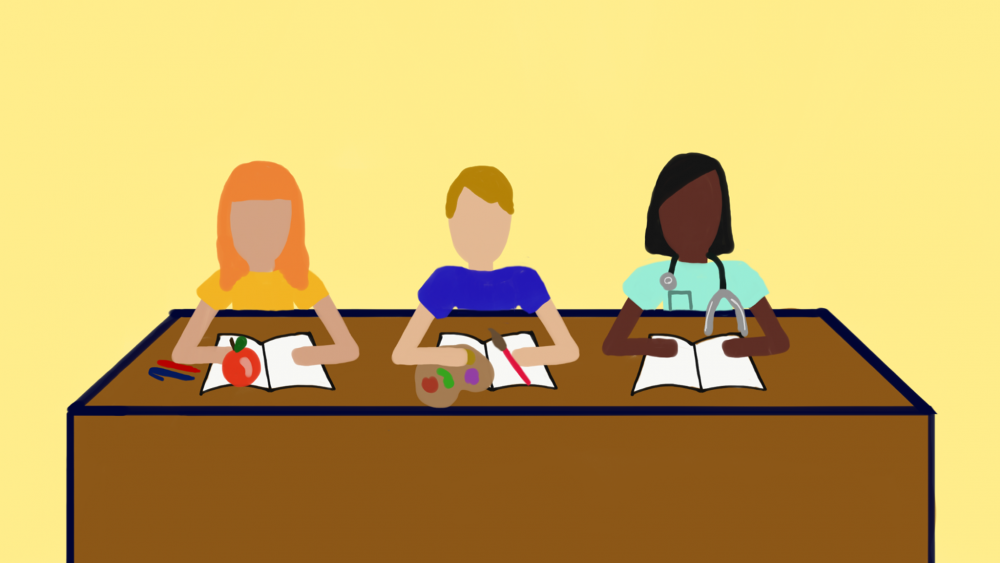 “I’m not the best writer, and that class definitely helped me get formatting down and how to reference stuff properly,” Guggenbiller said.

Guggenbiller believes being able to possess skills outside of his math and science fields is vital to making connections with people who think differently than himself.

“As much as STEM majors hate it, I think it’s important to take those kinds of classes,” Guggenbiller said. “Though the writing isn’t exactly the same as what we’re doing, it’s still nice to develop skills beyond just our math and science skills.”

To Hugh Martin, a professor who has taught Journalism 1050: Intro to Mass Communications for many years, non-major classes are a chance to sample topics that you might want to major in, but they are much more than just that.

“Non-major classes are a chance to learn how complex, fascinating and exciting the world really is,” Martin said in an email. “We live in a global, interconnected society, and throughout your life you will always be learning something new.”

Martin tries to make his Gen Ed course engaging for students by encouraging them to develop good study habits and speak up during lecture.

“A lot of students are understandably shy about participating in class,” Martin said. “But freshmen should know that other students in the class probably have the same questions and are just as reluctant to speak up.”

Having Gen Ed classes is a way Martin believes his students can awaken their curiosity and learn to introduce themselves to new topics. Every semester he has taught his class, many students have told him how beneficial it was to their learning.

“Every time I teach the class, students tell me how much they appreciate what they’ve learned,” Martin said. “I’ve also had students who told me they decided to major in journalism after taking my class, and that is always very nice to hear.”

“I think it’s important just to be more well-rounded and get experience with different subjects,” Harris said.

Harris filled her fine arts credit with Theater 1130: Acting Fundamentals I. She was tasked with memorizing lines and putting together small scenes with fellow classmates. Harris enjoyed acting out her final scene especially and working with others to present it.

“I’ve never taken any acting; I just thought it would be fun to do, and it was,” Harris said. “I really liked it. It was nice to get out of my comfort zone a little.”

Harris enjoyed taking a class that challenged different parts of her brain and would definitely recommend the class to other students.

“I’d definitely recommend other people to take it, especially if they have no acting experience at all, because they just might learn something really interesting,” Harris said.