Ohio University students will be returning to campus this August to both old and new residence halls. Every student will be able to use renovated spaces regardless of which residence hall they are living in, though.

Jefferson Hall, which opened in August after receiving about $39 million in renovations, has a new common area with study spaces and rooms which all connect to Jefferson Market.

All four of those residence halls and the Living Learning Center opened to students in August 2015 after an almost $110 million renovation.

Georgia Hilliard, an incoming sophomore studying biochemistry, said she uses the Jefferson common area around two times a week. She said she likes all the study spaces and how she can grab a snack from Jefferson Market when she is working.

Hilliard said that students should know they can use the common area even if they do not live in Jefferson Hall.

“I would say at least give it a try once,” Hilliard said. “Even if you don’t want to come in here by yourself, which I understand, come with a friend and like sit and hang out.”

Kelly Hollis, an incoming sophomore studying marketing and fashion merchandising, said she uses the common area often because her residence hall study room is too small.

Lincoln Hall on East Green, Hollis’ residence hall, has its perks, she said. She likes how each room has a sink and the entire hall is renovated. 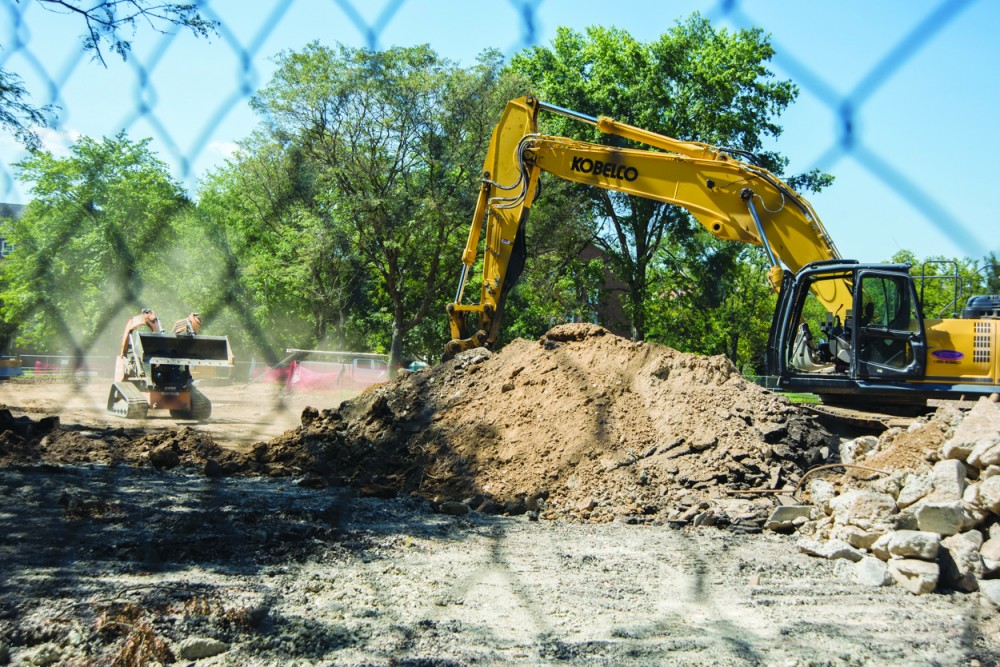 Construction on South Green continues after the demolition of Fenzel, Martzolff and O’Bleness resident halls over the summer.

“Definitely just be grateful that you’re able to wash your face, brush your teeth, clean out your dishes in the sink in your own room,” Hollis said as advice to future residents. “Be appreciative of that.”

Morgan Villegas, an incoming sophomore studying pre-dentistry, does not live in one of the renovated dorms but does consistently use the Living Learning Center.

She said she likes how it's a nice study area and she feels motivated when she works in the center.

“I think finding just a good place to like study is really important,” Villegas said. “This is good lighting and it has the computers and printing services here so that’s pretty convenient.”

The next residence hall to receive major renovations will be Washington Hall on East Green.

Washington Hall will begin its $5.7 million construction on May 7 and the construction is scheduled to be finished by Feb. 13, 2019.

A previous Post report highlighted issues within Washington Hall that the renovations will address, including heating and cooling problems.

“Some of the air conditioners don’t go below 70 degrees, and some of the windows don’t open,” Jordan Hill, a then-freshman living in Washington Hall said in a previous Post report.

While Washington Hall is undergoing major renovations next year, it will not be open to students.

Other summer residence hall renovations include bathroom replacements in Bryan and Pickering halls and work on the exteriors of Tiffin, Perkins, Voigt and James halls.

Villegas, who lives in Ryors Hall, wishes some upgrades could be done to the building.

“I thought it was okay until I walked into the other dorm, like Adams and I was like ‘oh God,’ ” Villegas said.

She said a good start would be doors in the showers. She would also have liked a kitchen or some additional amenities in the hall.