What: Open Stage and Draft Night

The Casa Nueva stage thrived with several musical acts during its last open mic night before finals week. Everyone was out for the last hoorah before the end of the year. Armed with mixed drinks, many students were there in support of friends who were performing.

Open mic nights allow people a safe space to perform and listen to music without the pressure of perfection. Casa Nueva, Donkey Coffee and Espresso and West End Cider House each put their own spin on open stage acts for different nights of the week.

At Casa Nueva, nearly every genre was covered, from country to rock to jazz, with acoustic guitars. Beyond that, some performers used different instruments such as violin, ukulele and harmonica. A woman even performed some freestyle rap and a Persian song. One man brought his violin-playing friend on stage at the end of his set. They played an instrumental version of “I Walk The Line” by Johnny Cash, and the crowd went wild for the duo.

Bret Anderson, a freshman studying music production at Hocking College, has played music since she was a kid and wants to make a career as a musician. She played one original song called “Something Better,” which is about how a partner helped her let go of past experiences.

She enjoys coming to open mic nights because it’s a fun, casual night out where she can promote her work outside of her circle of friends.

“They’re a way for me to play out and show off my music,” Anderson said.

Allison DeWitt, booking manager at Donkey Coffee and Espresso, hosts open mic night at the coffee shop. She said the audience has more attentive listeners than other locations because most people are quietly working on homework.

“It’s more intimate of a setting,” she said. 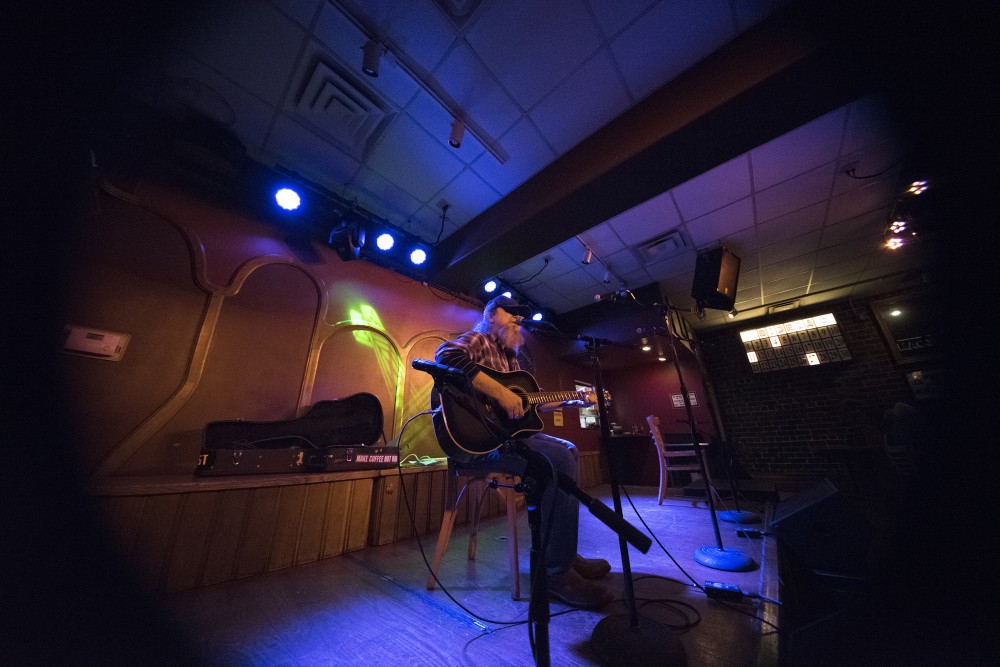 DeWitt said Donkey’s stage has been graced with a 16-minute electric guitar solo, Japanese drums and even spoken word that involves instruments. Athens has a very broad music community that practices a range of music genres. The craft really brings people together and helps them communicate, she said.

The attention performers receive can make them anxious about playing, but ultimately they enjoy the appreciation their work gets when people give them a hearty round of applause, DeWitt said.

When there aren’t many people signed up for the night, DeWitt plays some original songs on the piano. She writes about any life experiences that people can relate to including heartbreak and friendship.

Chris Monday, host of the West End Cider House open mic night, has lived in Athens since 2000 and used to host the event at Casa Nueva with a few other people. He wanted to bring the same experience to Cider House at an earlier time for performers who didn’t want to go on late.

Monday tried to create a very laid back atmosphere at the venue. Cider House offers a few seating options, with several lush couches being the closest to where people perform their music and other artforms. He isn’t strict on line-up specifics — having less performers can mean longer sets.

Not many people in the crowd give their full attention to acts, which makes some performers feel more comfortable about playing, Monday said.

“If you have stage fright, this is a great place (to start out),” he said.

Monday wants more students from the Ohio University School of Music to perform at Cider House. He welcomes everyone to bring their musical talent, but wants more variety beyond songs played on acoustic guitar.

Monday said the venues that host open mic nights support each other and even share some of the same performers and audience members.

“That’s why we organize it on different nights,” he said. “We don’t look at it so much as a competition as much as we do a community.”