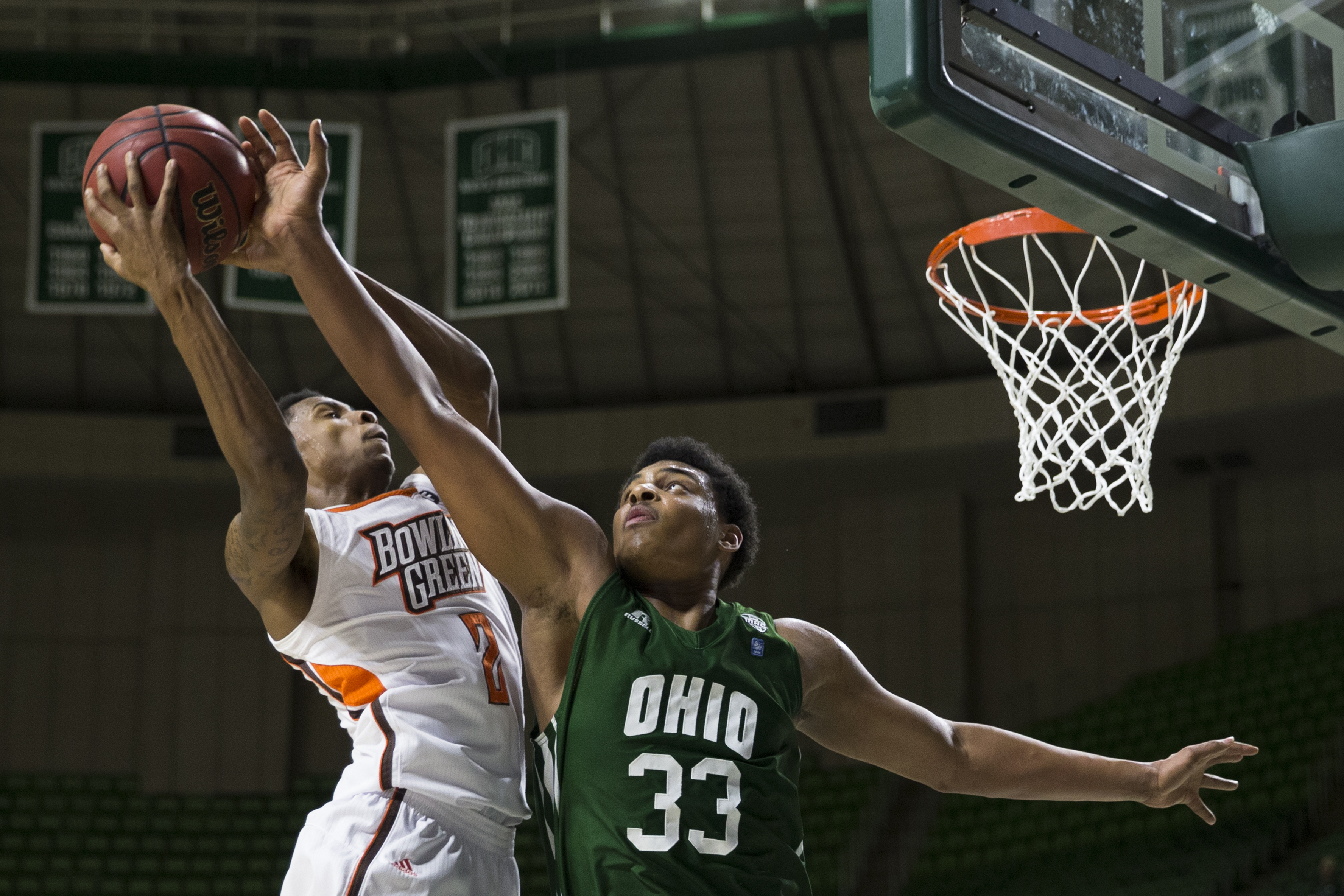 The journey of Antonio Campbell

The Bobcats just lost its first game of the 2016-17 season to Marshall in late November. Campbell garnered a season-high 31 points and 16 rebounds. It’s a school night, and he has to attend a 9 a.m. the next day.

Standing gingerly in a gloomy hallway with shrink wrap hugging both calves, he looked at the incoming reporters approaching.

The interview is brief, a little over three minutes.

Campbell doesn’t want the attention — but he can’t help it.

First, it may be easy to pick Campbell out of a crowd.

He’s 6-foot-9, 251 pounds and has a relaxed persona. At one point he was even bigger — 280 pounds his junior year — before trimming down the summer going into his final season.

Campbell trimmed down after declaring for the NBA draft and talking to NBA scouts after his successful junior season, one where he won Mid-American Conference Player of the Year. He never stopped working on his body composition while heading into his last year in Athens.

“How many change their body completely in college?” coach Saul Phillips said after an early season practice. “I know this: my dietary choices weren’t conduced to losing 30 pounds. That would’ve taken some real commitment.” 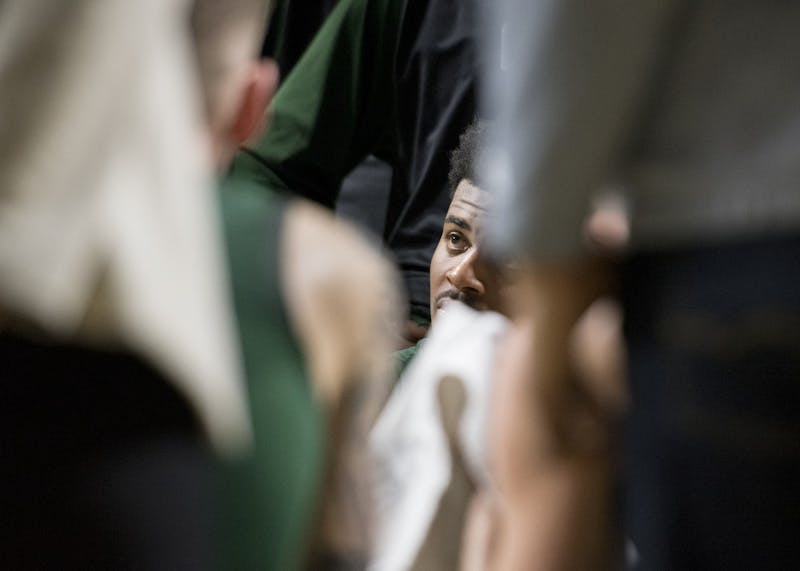 Ohio senior Antonio Campbell's season ended because of a broken foot on January 14 after the 53-49 loss to Eastern Michigan. He will finish with 1,257 career points, 801 rebounds, 119 blocks in 113 games played for the Bobcats.

Campbell grooved in the heart of Ohio’s pregame huddles. He single-handedly palmed rebounds. He once threw a football from The Convo floor to the top of the rafters during a practice. He was, in fact, the quarterback of his high school football team.

“He just wants to have fun,” teammate Mike Laster said. “As long he’s having fun, man.”

Campbell is candid. No nonsense on or off the record.

“What does it take to make an impression on Tony Campbell?” someone once asked Campbell after a game.

His response came after a shrug.

There is a sense of stoicism to Campbell, though.

He did not respond to an interview request for this story. Phillips added that Campbell doesn’t seem to be listening, but deep down is internalizing.

“You don’t get immediate feedback from Tone, like you do Jordan Dartis where it’s a smile or ‘Yes, sir.’ ” Phillips said. “That’s not the way Tony receives information. But boy, he’s listening. Because if he wasn’t, he wouldn’t have gotten to where he’s gotten to.”

Third, Campbell’s a demanding low-post behemoth for the Bobcats. He draws double teams on the block. Against Iona early in the season, he was bombarded by the Gaels double teams after he scored 12 points off 6-of-7 shooting in the first half with an array of hook shots and tip-ins.

In an Appalachian area proud of blue collar work, Campbell’s growth as a player — and human — symbolizes a greater, profound picture.

Campbell was recruited out of Holy Cross High School, a private Roman Catholic school on the border of Kentucky and Ohio. Hardly any teams (Kent State and Bowling Green, to name a few) expected him to become the monstrous double-double machine he was as a Bobcat.

He wasn’t aggressive enough. He was too reliant on his 3-point shot. Not “traditional” enough for the four/five spot.

“No one was thinking of him as an MVP candidate a few years ago. No one was,” Phillips said. “He was good. But what really separates him from everyone else in the league?” 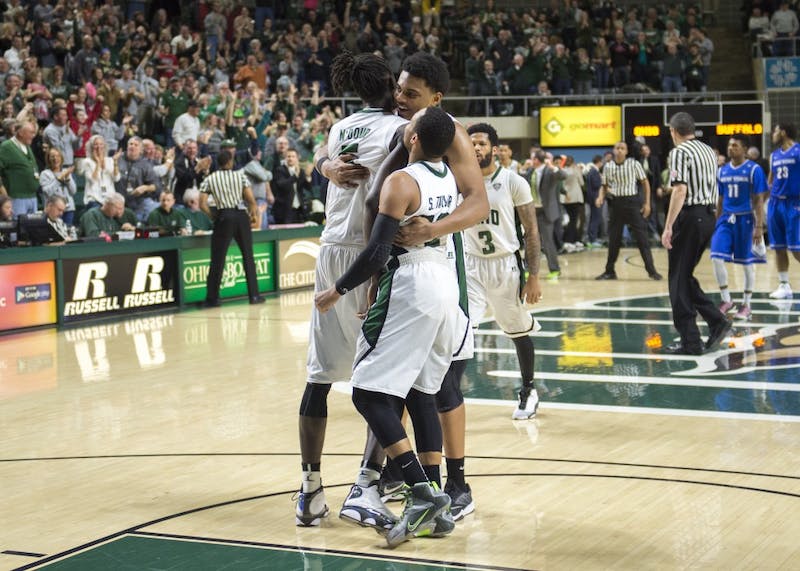 Maurice Ndour, Antonio Campbell and Stevie Taylor embrace after Ndour scored with less than a second to go to put the Bobcats up 63-61 against Buffalo on January 24, 2015. Campbell heaved a full-court pass to Ndour, who turned and drove down the open lane and made a game-winning dunk.

Even during his first two seasons with the Bobcats, Campbell hardly flirted with the idea of being one of the program’s best big men ever. He played nine minutes a game his freshman year (good for just four points a game). He only averaged 10 points per game even when starting 25 games his sophomore year.

But experience is the greatest teacher. That, along with cliched “hard work”, separates Campbell.

Campbell often worked on his patented right-hook shot after practices. Other days he would work on his 3-point stroke, sweating when he walked off the court.

One play remains a core tenant of their relationship on the court: A full court lob from Campbell to Ndour with just 3.2 seconds left, in which Ndour received the ball at the top of the key and dunked the ball with 0.1 seconds left to beat Buffalo 63-61 on Jan 24, 2015. The two forwards embraced each other with a hug after the play.

“Mo rubbed off on Tony in a lot of different ways,” Kenny Kaminski, who sat out during Ndour’s final season because of NCAA transfer rules, said. “They’re both very unique players. They’re special.”

So, for a guy who didn’t garner much attention going into college, there’s hardly any debate where Campbell stands in terms of Ohio’s lore.

He is just one of nine players in Bobcats history to ever win a Mid-American Conference Player of the Year award, after posting 18 points and 10 rebounds per game as a junior.

O’Shea compared Campbell to Ohio great Brandon Hunter, who O’Shea coached during his tenure."(Campbell)’s talented, he can make a 3, he's got long arms. He's just a really good player."

He was on pace for a potential second-straight MAC Player of the Year award and a chance to be one of the Bobcats all-time greats.

“It’s O.K. to be frustrated with a moment in time with your team, a player, but still able to step back and look big picture and say, ‘You know what? It’s been a pretty good success story for that kid,’ " Phillips said.

Of course, his broken foot changed everything.

It was an ending few predicted, and few could’ve imagined.

“It was a little weird not seeing him today, not playing with him,” Doug Taylor said the day after Campbell’s season was announced over. “I feel bad for him. That’s my brother. Any time my brother goes down, I feel bad. It’s felt weird without him, it’ll feel weird warming up without him.”

Campbell did an open interview with Ohio Athletic’s Russ Eisenstein at Broney’s Bar and Grill on Feb. 23, but did not give a comment to The Post.

He sat with a boot on his right foot and opened up about his final days in Athens. One attendee was Jaaron Simmons, a close friend and the only teammate at Broney’s that day.

Since Campbell’s Bobcat career ended, Simmons may have taken the injury the hardest.

“That’s my brother,” Simmons said of Campbell. “We connect on the court. I know where he likes it. ... He knows where I like the ball. … We always keep it 100 percent with each other.”

Campbell finished with 1,257 career points, 801 rebounds, 119 blocks in 113 games played. He was an All-American Honoree. And who knows how Ohio’s season would turn out with Campbell.

On Campbell’s Twitter bio it reads “Trust the Process V2.”

It’s a not-so-subtle hint at Philadelphia 76ers forward Joel Embiid, who suffered a broken foot before dominating the NBA with 20 points and 7.8 rebounds per game.

Parallels could be made with Campbell.

Like Embiid, who played college ball at Kansas, Campbell dominated at his level.

"You say something to him and you see him seep into his own game,” Phillips said. “Now, he’s trying to teach other people. That’s a journey."

He kept Ohio in the hunt for its first NCAA Tournament appearance since 2012 — that was until he broke his right foot just like Embiid did.

“He lost so much, he was moving a lot better, and I feel like when he recovers he’s going to have big plans ahead of him,” Dartis said about Campbell.

Campbell's future remains in question, sure, but he’s remained loyal to the Bobcats. He still travels with the team and can be vocal from the sidelines.

“You say something to him and you see him seep into his own game,” Phillips said. “Now, he’s trying to teach other people. That’s a journey.”

A journey it has been. An unfinished one, too.

Campbell was once asked about a particular “game theory” he uses during conference play earlier in the year.

He never elaborated. Maybe, he just didn’t want the attention. 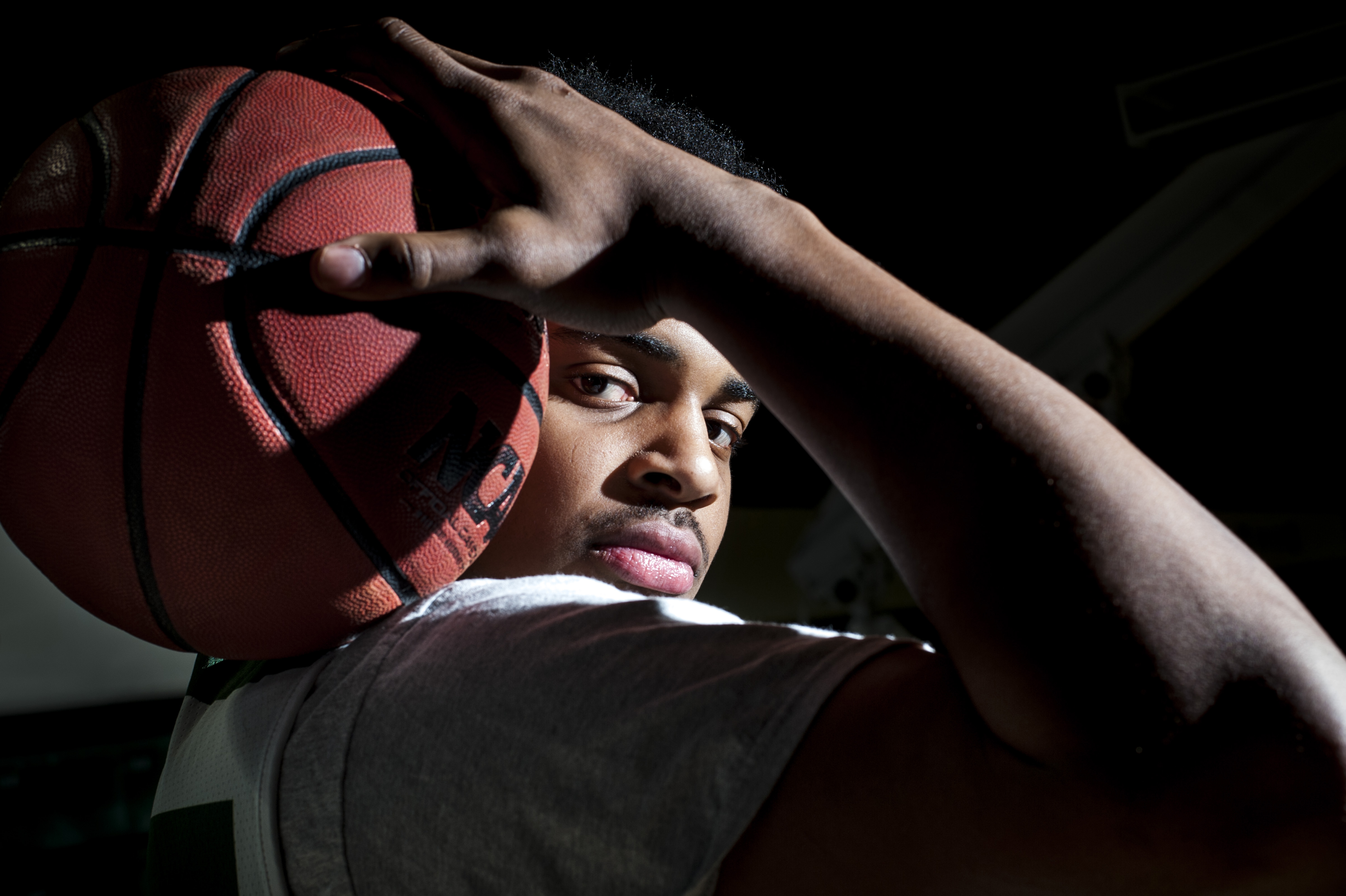