Restaurants are struggling and thriving all at once

The restaurant scene is in a golden age of variety and quality, but it’s struggling financially.

Americans are spending more money dining out than in grocery stores for the first time in U.S. history, according to U.S. Department of Agriculture. Despite that, 2016 was the worst year for restaurants since the 2008 recession. Dinner and lunchtime traffic continues to decline, and for some people there are too many restaurants nationally. 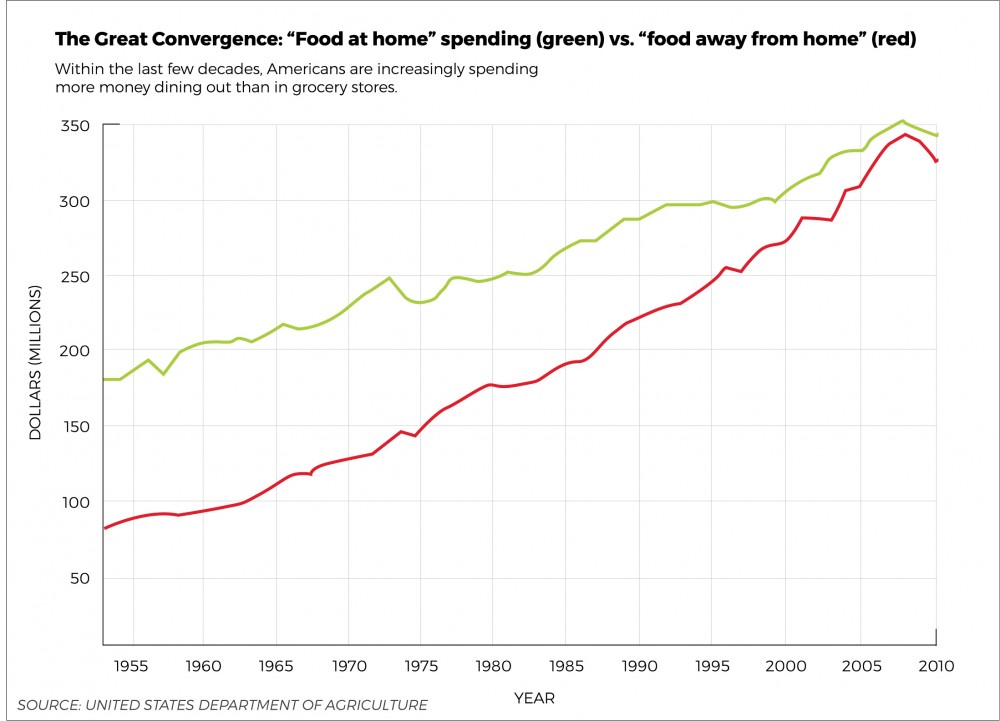 
Restaurant owners in Athens have noticed those trends and think there may be a few reasons for those declines.

Jessica Kopelwitz, owner of Fluff Bakery, thinks people are becoming more conscious of what they put in their bodies.

“There is just a lot more media and a lot more attention to the farm-to-table movement as far as being able to get quality, really good, fresh produce, veggies, grains and meats from local farmers,” she said.

Grace Corbin, the marketing coordinator at Casa Nueva, agreed that the trend is going back to farm-to-table, rather than big restaurant chains with the same menu at all locations.

“While this is great for diners, it’s become less of a novelty,” she said in an email. “Diluting the pool of genuine farm-to-table restaurants, resulting in less customer visits.”

While the issue may be that there are too many restaurants in a given area, some say otherwise.

Tracy Duncan, the general manager of O’Betty’s Red Hot, thinks there is the right amount of restaurants in Athens.

“I personally wouldn’t mind a greater variety of ethnic restaurants and healthy eating options,” she said in an email.

Kopelwitz said the more restaurants there are, the merrier.

“I think it brings more people to Athens,” she said. “I think people tend to eat out more if they have choices, so I think (in Athens) it’s a balance.”

Food choices and the time of day can hurt or help a business, too. It is shown that restaurants specializing in breakfast tend to be more successful.

“You’ve probably seen now that most places offer brunch. (Brunch) can be a lot harder to do — a lot more prep goes into it — but it also can be something that is profitable for restaurants,” Kopelwitz said. ”For us, breakfast has always been a part of our business, and that continues to be a very positive side to our business.”

On the other hand, Casa Nueva does not tend to see more business for breakfast, Corbin said.

“We have a wide customer base and people come in for different reasons all throughout the day,” she said in an email.

With Ohio University’s campus so close to many restaurants in Athens, many customers who are also students have the option to purchase prepared foods on campus, which adds to competition in the area.

“OU has a lot more resources. Recently they built a large, kind of like a Whole Foods type market,” Kopelwitz said. “So we haven’t really seen a decline because of stuff like that, but it definitely is one of those things we have to compete against. We have to continue to evolve and differentiate ourselves to make sure we are ahead of those trends.”