How food trucks fight for business

“If I could see this every day, it would be such a big thing,” Patterson said. “It’s cool having the food trucks and a place where people can sit and enjoy, which is what the College Green is all about. It’s great to see this.” 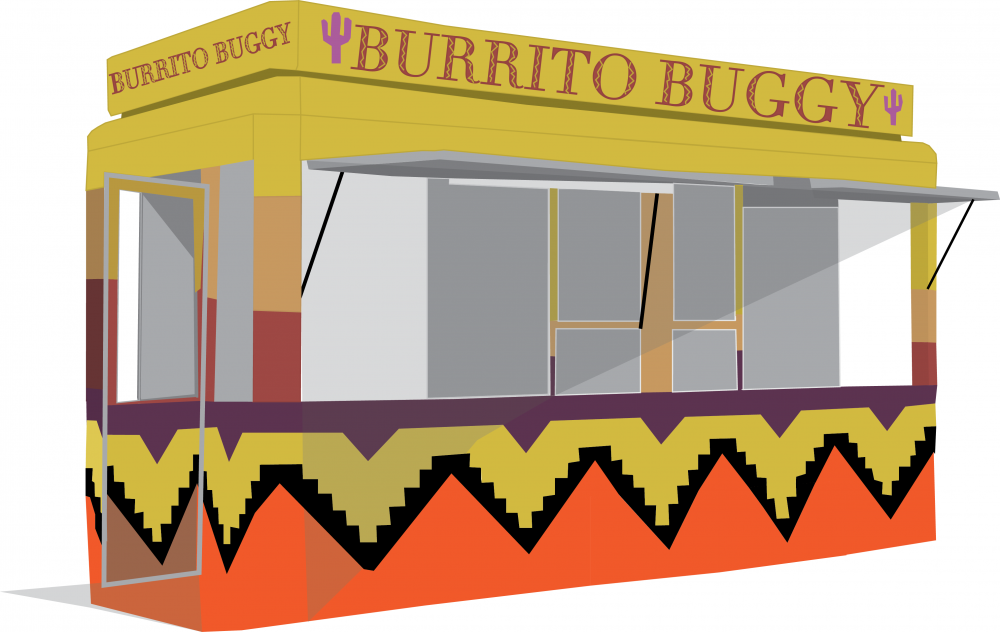 Rudy Nagy has been the owner of Mexican food truck Holy Guacamole for about 11 years. He said the weather is something that boosts his sales and allows him to talk to other community members.

“The weather is really nice,” Nagy said. “There’s more business here. You can talk to everybody.”

Because food trucks are outdoor-only businesses, they often battle with the weather to make sales.

Jim Stricklin reopened Burrito Buggy on April 5. He said the weather is greatly responsible for his sales.

“The weather is very responsible for your business flow,” Stricklin said. “Even tomorrow, if we were to get the 3 to 8 inches (of snow), that could cripple what we could do. But if it’s 60 degrees outside and sunny, we will be busier. People don’t want to stop when it’s cold.”

Vendors also must learn the art of vending — which is something different than food sales, Stricklin said. He said he is used to the nonstop craziness of restaurants, while owning a food truck is about waiting for students to get out of classes and grab a bite to eat.

“This is completely new,” Stricklin said. “I’ve been in the food service thing for 30 years, and this is a completely different animal.”

May Rath, owner of Dr. May’s Thai Kitchen, said she believes students tend to be happier with nicer weather.

“Because I’m from Thailand, there is street food everywhere,” Rath said. “I would like to see more of this. I understand that sometimes the weather is not that easy.”

Rath said she faces the challenge of students not wanting to wait for her to cook her food fresh, because they often believe food trucks are “fast food.” Because pad thai can take up to 10 minutes to make, some students will not purchase her food because they simply do not have the time to wait.

Because food trucks are mobile and do not have a set location, they also face challenges of parking and vending licenses.

Councilman Pat McGee, I-At Large, proposed an ordinance April 2 that would change how vending licenses are distributed and paid for in Athens, according to a previous Post report.

McGee said the proposed ordinance would lower the cost of a vending license from a $1,500 yearly fee to a monthly $125 fee. He said that would allow vendors to not pay during certain months.

The proposed ordinance would also reduce the number of potential vending licenses in Athens from 10 to eight.

The ordinance could potentially impact the number of food trucks that would utilize College Green because the trucks would be closer together, creating a tight spot for them to sit in.

“Even with this many food vendors here now … you’ve got to have a pick up truck to be able to maneuver it into place, and several of these are like that,” Patterson said. “If everything gets squeezed together because we only have X number of spaces, and it would make it that much more difficult, that becomes a problem.”