Eating in Ohio University’s dining halls used to be a lot different 50 years ago. From locations to food options to prices, here’s a glimpse at how the dining halls have changed in the past five decades: 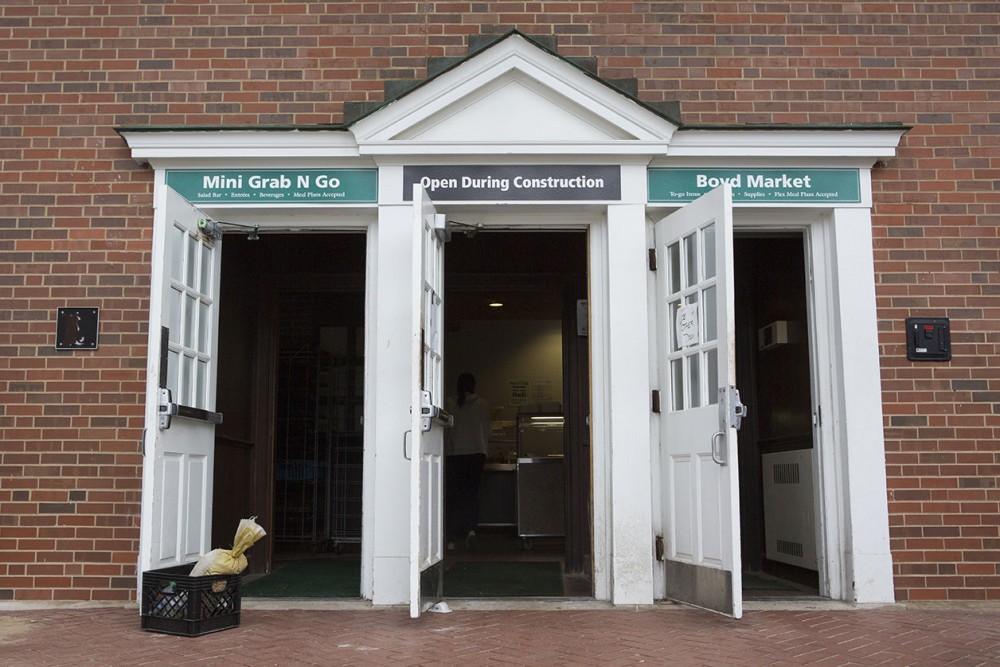 Students in the 1960s and ’70s had more options to grab a meal than current students. They could get food from each green, with multiple dining halls on East, West, South and College greens.

The current dining halls — Boyd, Shively and Nelson — all served meals, but other locations, such as Bryan, Lindley, Grosvenor and Irvine halls, also offered food.

Unlike today, when students can grab a bite at any dining hall they wish, students then were each assigned a hall based on where they lived, and those halls were tacked onto their student IDs. Those students needed to present their IDs and those assignments to get into the dining hall, as opposed to now when students use their IDs to swipe in at the entrance of a dining hall.

Though they had those assignments, students did have the option to transfer to other dining halls on Saturday night and Sunday at about noon.

Options and cost of meals

Cost of meals for guests, not adjusted for inflation:

The full buffet-style options and multiple stations at all of the dining halls would be new to anyone who attended OU in the late ’60s. Each menu in 1968-69 was made up of three salads, two entrees, four vegetables, three desserts and four beverages.

“(They) complement each other and provide for the satisfaction of the broadest possible range of tastes and nutritional requirements,” page three of The Food Service Program 1968-69 reads.

“A continuous effort is made to improve both of the quality and variety of menus served in order to cater to the varied tastes, appetites and food idiosyncrasies of over 10,000 customers,” page three of The Food Service Program 1968-69 reads. A “seconds program” was created that year, so students could come back for more if they were still hungry.

“The reason for our ‘comeback seconds’ policy is the very human, but expensive, tendency to take more than we can eat,” The Food Service Descriptive Literature guide reads. “By requiring those who want seconds to return for them later, we are able to cater to the varying appetites of our customers at a minimum cost.”

Carbonated beverages such as Pepsi, 7-Up and root beer were additions to the 1970-71 menu.

People could order a variety of options through catering services, including different types of service from banquet style to cafeteria to buffets. Using any dining hall cost at least $50.

Smaller options like tea or coffee cost 30–40 cents, and full meals cost up to about $5.