How Ohio’s baseball and softball teams focus on healthy eating

For athletes to be who they are and accomplish amazing feats of athleticism, they can’t eat the same foods the student population does.

Though eating the right foods is important for the general population as well, athletes must be more conscious of the foods they eat. For college athletes, the challenge of eating well is predicated on a lack of time, particularly because of having to balance school and sports.

The Ohio softball and baseball teams are in season, and both squads have philosophies on nutrition and wellness.

Eating the right foods is an important factor for an athlete to reach peak performance, and both teams strive to eat foods that will help them succeed. 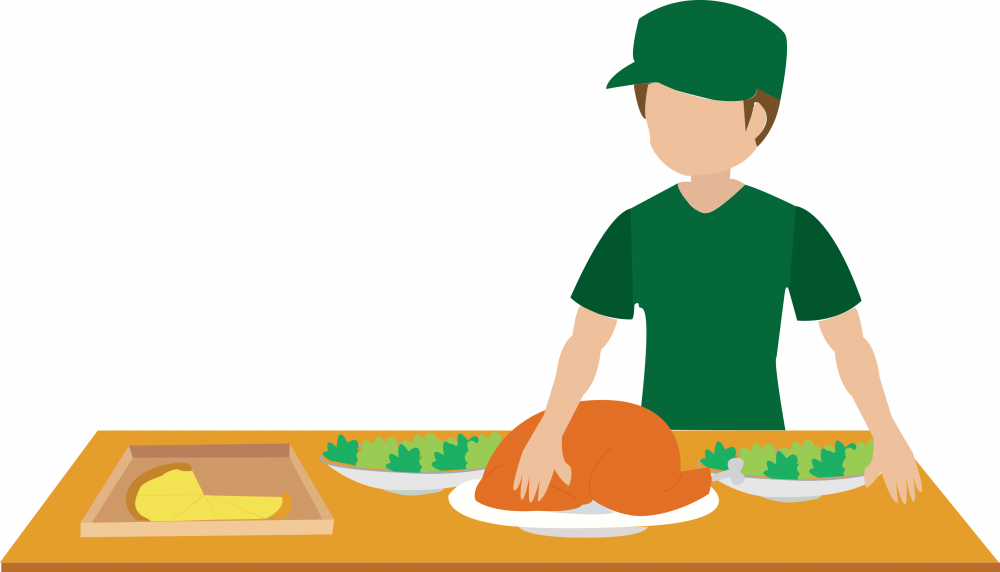 Ali Manley, the softball team’s wellness specialist, is tasked with helping players make good food choices. Manley is not a certified nutritionist, but her expertise in wellness has been appreciated.

“She has really helped us kind of get a feel for what we need to fill our bodies with,” Taylor Saxton, the team captain, said.

Manley traveled to Ohio from Illinois with her husband, Jeremy, an assistant coach for the Bobcats. Before working with the Bobcats, Manley was a wellness specialist at Advocate BroMenn Medical Center in Normal, Illinois.

This season, Manley has helped start some food initiatives for the team. She has implemented a snack of the week, where she’ll make a simple snack for the Bobcats and leave it in the locker room. She also leaves the snack’s recipe card if the Bobcats want to try and make it.

Along with the snack of the week, Manley and the rest of the team have sometimes gone to Saxton’s apartment to have a nutrition meeting. During the nutrition meetings, Manley will teach the Bobcats how to make different foods.

Manley said the meetings give the players confidence in cooking meals for themselves.

“We’ve done quite a few of those, and those have been really fun, just so they can do some stuff in the kitchen,” Manley said. “They can watch me, watch how easy it is.

Manley also makes energy balls for the Bobcats to eat in between games or on the bus. She said the energy balls are about the size of a golf ball or smaller, and they consist of old-fashioned oatmeal, peanut butter and flax seed. She also usually adds honey and maybe a few mini chocolate chips or dried cranberries.

“It’s got the oats that are good carbs, it’s got peanut butter that has good protein,” Manley said. “And then the flax seed is good protein, too.”

Though Manley emphasizes to the Bobcats to be aware of the foods and fluids they consume, her and coach Jodi Hermanek know that the team will indulge in a not-so-healthy meal or cheat meal. Still, Hermanek said a good time to have a cheat meal isn’t during an off day.

During off days, the Bobcats aren’t as active, so a better time for them to indulge is on a day when they’re working out.

When on the road, a cheat meal doesn’t necessarily happen. But the Bobcats are eating in restaurants more. Higher calorie meals come into the fold, so crafting the healthiest order possible is important.

“We monitor it,” Hermanek said. “There’s definitely things that we’re like ‘No, you need to change your order. You’re not going to eat this.’ But they’ve made better decisions, and so that monitoring has definitely gotten lesser.”

Coach Rob Smith encourages Ohio to eat well, but he also understands that not eating well can happen for different reasons.

“Some of it is a lack of understanding,” he said. “Some of it is just being 20 years old and you just eat whatever you want to eat, and you could care less.”

Smith said financial reasons are sometimes a factor, too. A college athlete may not have enough money to buy healthy foods. Cheaper foods are usually not healthy, but college athletes who are on a budget must stay within their means.

While Smith knows not eating well can be because of various reasons, he believes in personal responsibility when it comes to nutrition.

He knows that even if he advises the Bobcats on what to eat, the players still must make the choice.

“We can put these guys in a training table and put the right fruits and vegetables in front of ‘em, but then they go home and crush nine Snickers,” Smith said.

With personal accountability being important for Smith, he said some players on the team take nutrition seriously. But he also said some don’t take it as seriously.

Smith went on to speak about how an athlete evolves. If an athlete reaches the collegiate level, he probably won’t be the strongest or fastest guy anymore. Other athletes will be just as athletic, if not more so.

Smith said an athlete will need to learn how to manage the mental and emotional aspects of their sport as well. An athlete will likely experience more failures at the collegiate level. But eating well is one of the last steps an athlete can take to gaining a competitive edge.

“That’s the trouble with our level is they’re not quite there yet,” Smith said. “Guys aren’t quite looking for that extra edge yet. Some guys are still talented enough just to eat however they want to eat and be a first-team, all-conference player.”

Smith also said players at the professional level having more resources plays a role in better nutrition, too.

Though college athletes may lack significant resources, Dan McCauley, a catcher for Ohio, focuses on eating as healthy as possible. Before games, McCauley loads on carbohydrates such as pasta to gain long-term energy. He also eats proteins such as chicken.

After games, McCauley will drink a lot of Gatorade and put more protein in his body. After practices, McCauley will usually go to a dining hall, and he’ll typically have chicken and a baked potato or mashed potatoes.

“I just try to get the proper foods that I think would be necessarily healthy,” McCauley said. “So stay away from the fatty foods, especially at fast food places.”

McCauley knows that when Ohio is on the road, eating healthy at fast food places is a challenge. Still, some items on the menu are better than others.

“Maybe like a chicken sandwich instead of fatty burgers,” McCauley said. “Stay clear of french fries. Maybe get like a yogurt or something. And probably like a water instead of a pop. And then, stay away from the mustards, mayonnaise, ranch. Stick to ketchup and barbecue sauce and hot sauce, too.”