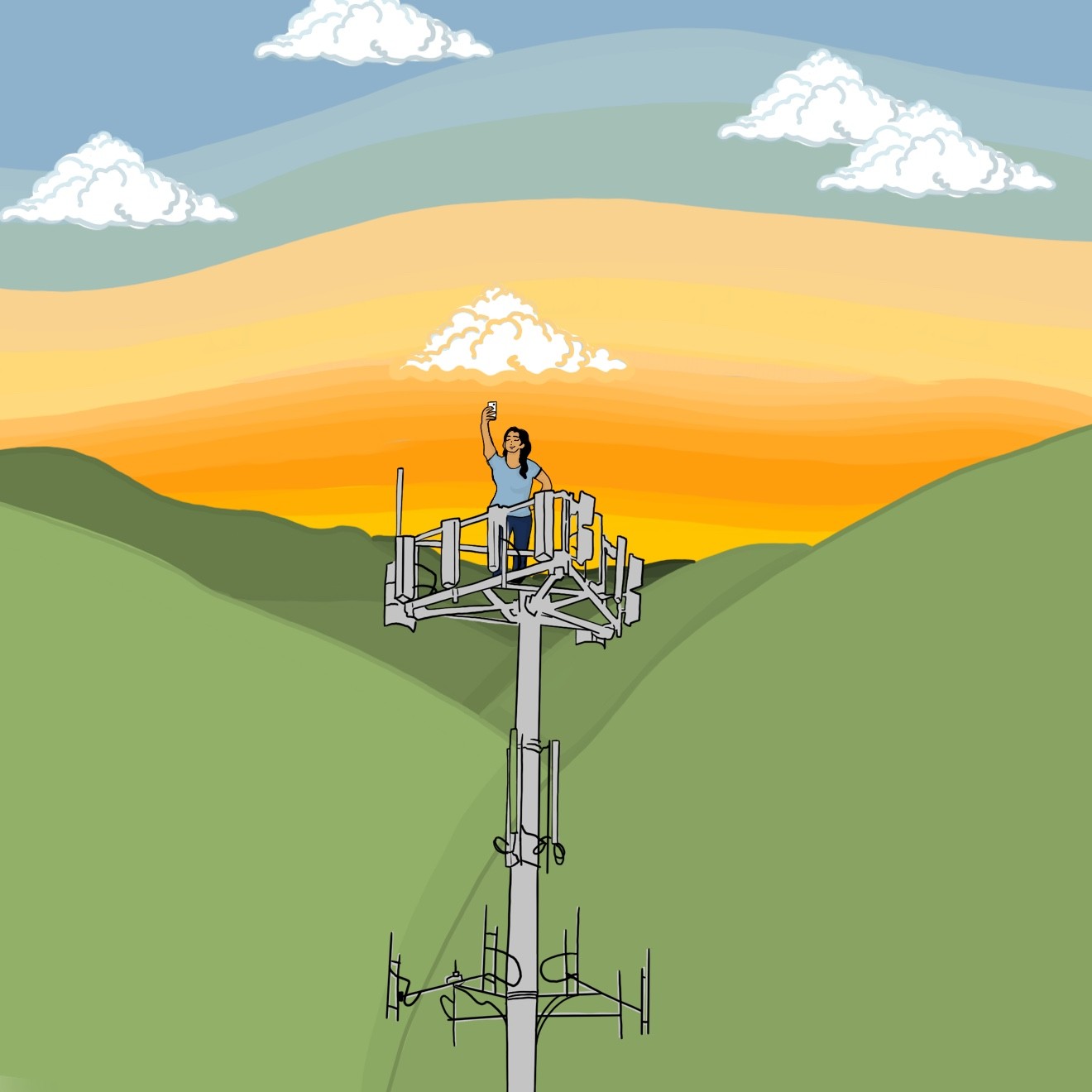 I nstead of having a normal school year teaching kindergarteners in person, Christa Benson, a teacher at Belpre Elementary School, now logs into Zoom to teach her class.

She used to lean over their shoulders to point out a problem. Now, however, Benson is making sure she can actually hear her students clearly when they’re unmuted in a meeting. She held her students’ hands to help train their muscles to hold pencils correctly, but she can’t even touch them now.

Those are challenges that occur even with good internet connection. Without it, their faces are blurry and their speech is interrupted, even “robotic,” Benson said. Students and teachers are finding poor internet access in Southeast Ohio brings an added challenge to trying to learn remotely.

“I don't feel like I'm doing them justice,” Benson said. “I do not feel like I'm teaching at the level that I would be in class, especially because they are kindergarteners, and many of them have not had preschool experience, so they're not getting the things that they would in class that are not necessarily academically related.”

Belpre City School District is trying to help families who do not have a proper internet connection and who chose to learn online this year by offering to use Wi-Fi available outside of district buildings and, in the future, broadcast the district’s network into homes within the district.

“At least in our district, some kids are in outlying areas where there really isn't a physical supply (of internet access),” Jeffrey Greenley, superintendent of Belpre City School District, said. “But then, we have Belpre itself, where we have some folks that are lower (income) and just don't have the means to have internet in their home.”

“I don't feel like I'm doing them justice. I do not feel like I'm teaching at the level that I would be in class, especially because they are kindergarteners, and many of them have not had preschool experience, so they're not getting the things that they would in class that are not necessarily academically related.”-Christa Benson, teacher at Belpre Elementary School

Compounding on those initial connectivity problems, during one of Benson’s lessons, a construction crew hit a phone line while working in front of the elementary school. Families that live near the school didn’t have internet for the majority of the school day. Instead of teaching the nine to 10 students she normally sees during live lessons, she was teaching two to three students.

“(My students) were really frustrated because they prefer to be live and then they had to wait for the recording because of their internet outage,” Benson said.

Belpre City School District, as well as Athens City School District and Federal Hocking School District, received money from the BroadbandOhio Connectivity Grant, which provides state funding through the federal CARES Act to extend broadband services in Ohio. With this money, schools can “provide hotspots and internet-enabled devices to students for purchases made between July 1 and December 30, 2020,” according to the Ohio Department of Education.

That grant helped more people who attend schools within the Athens City School District, but it could not help out everyone. Tom Gibbs, superintendent of Athens City Schools, said there were about 30 families that were able to get help from this grant. There are still 15 to 20 families, however, that still can’t get internet in their homes, so they have to drive to a public Wi-Fi hotspot.

“But the problem that I've had is even with $150,000 to help support that work, we still can't do it because we don't have the technology infrastructure to do it,” Hanning said. “I reached out to Spectrum. I reached out to Frontier, and I reached out to a company called Windstream … And I gave them a list of addresses of our students that didn't have internet to see if we could get them internet, and then the school could pay for it with that broadband grant. But what I'm finding is that they just don't serve a lot of those areas.” 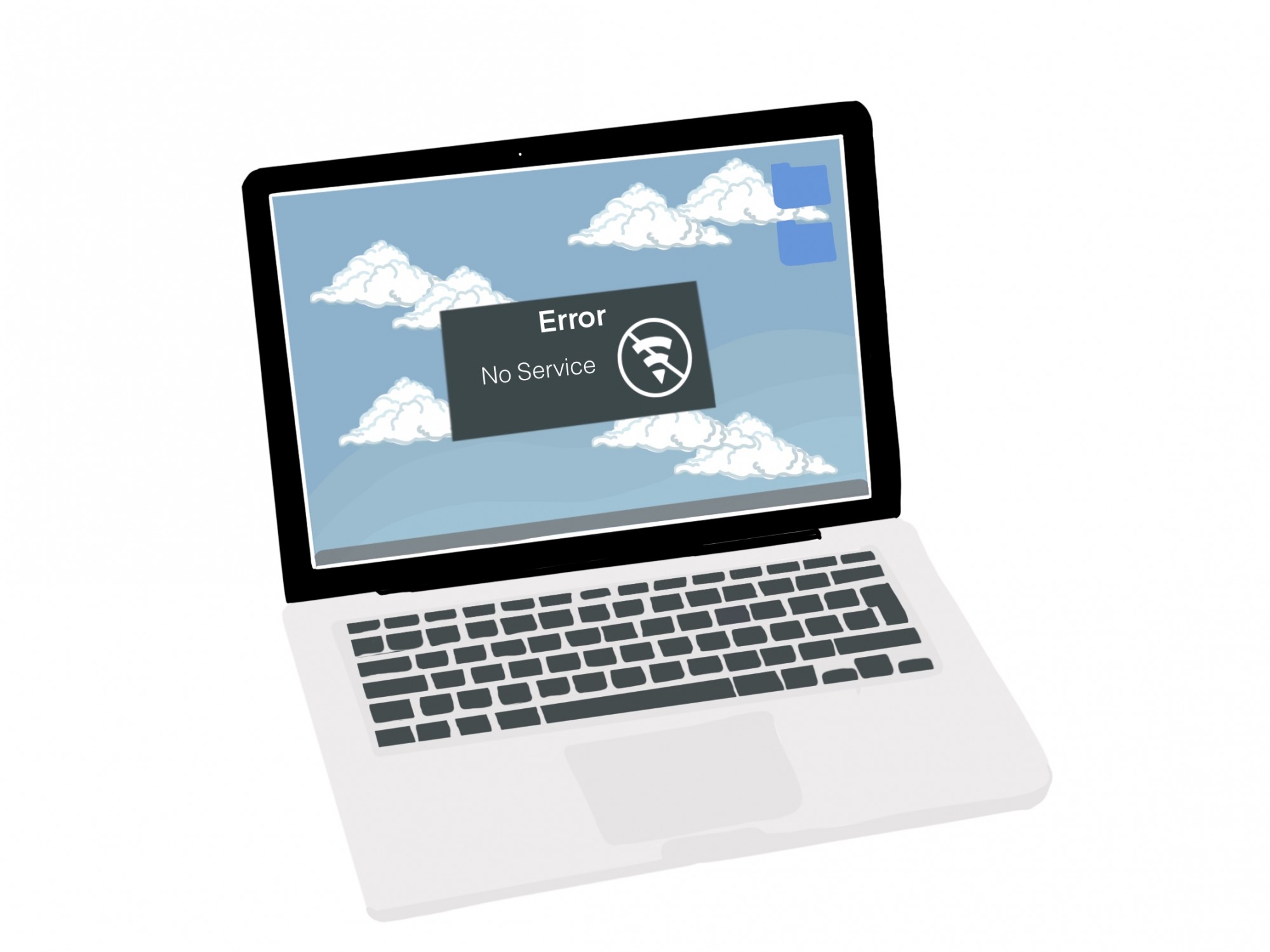 Economic factors for families in the Federal Hocking School District add to the challenge of not having proper internet access.

“You know, we're just not equipped to have a remote learning situation,” Hanning said. “And then when you look at the fact that we're also a high poverty school district. Economic factors make it an even bigger challenge for families to be in that mode because a lot of parents work. I think it's become very, very stressful for students, for parents, for teachers. It makes the teaching obviously a lot more difficult, so we're struggling to know how best to support our teachers, as they, as we asked them to do this very, very difficult work.”

Tamitha Thompson is the grandparent of a kindergarten student at Belpre Elementary School, and she finds that while learning online can be inconvenient, kindergarten for her grandson has gone well so far this year.

“You know, sometimes it's a little stressful trying to get them on to the live classes because I may have meetings or things I need to do, so that can be a little stressful,” Thompson said. “But we try to do as many of the live meetings as we can or the live schooling as we can. Mrs. Benson records them for everybody, so if they're not able to attend live, then we're able to go back to the recorded.”

Despite the connectivity troubles that other students are having, Thompson said she has more difficulties with working on the school-issued Chromebooks for assignments.

“Working with the Chromebook, I wish there were more options,” Thompson said, referring to how her grandchild’s work is uploaded. “So that's a little technical difficulty that, you know, we experienced from time to time, but, I mean, (no issues are) so great that we can't manage it.”

There are other issues that have been brought from learning remotely from home, such as being able to have a device to use for online learning, parenting an online student and truancy. Belpre City Schools also has to make sure there are enough Chromebooks for students to use.

“We have had a supply of Chromebooks, and it's been a challenge to have enough devices to split up,” Greenley said. “I think that's been exacerbated by some of the manufacturing issues. I think we placed an order in May, and we didn't receive Chromebooks until the middle of August. And I think if you order now, you don't get them until February.”

Although the Athens City School District does not have the same issue of trying to make sure everyone has a Chromebook or internet access issues to the extent of Federal Hocking, truancy is a concern that persists for online learning.

“In some instances, we've had to work with the county prosecutor's office this year, (it) created a new position where they will make contacts with families that aren't participating in instruction, just knowing that being online may be a little bit more difficult for families,” Gibbs said. “We've had to work with them on a couple of instances, and then in some instances we just can't find the students. And we've worked children's services to try to locate where they might be and if they need assistance.”

It is a shared hope among those teaching and facilitating online learning that virtual learning during COVID-19 will further expose to government officials in Ohio how poor the internet access is for people who live and work in Southeast Ohio.

“If we want Appalachian and rural students to compete with students across the country, these are basic building blocks that are requisite to be able to compete in a 21st century economy,” Greenley said. “And I understand the concerns about cost, that last mile of internet, and those kinds of things, but if we really believe what we say, which is equitable outcomes for all kids, it's a critical need that needs to be addressed from a state level funding item.”