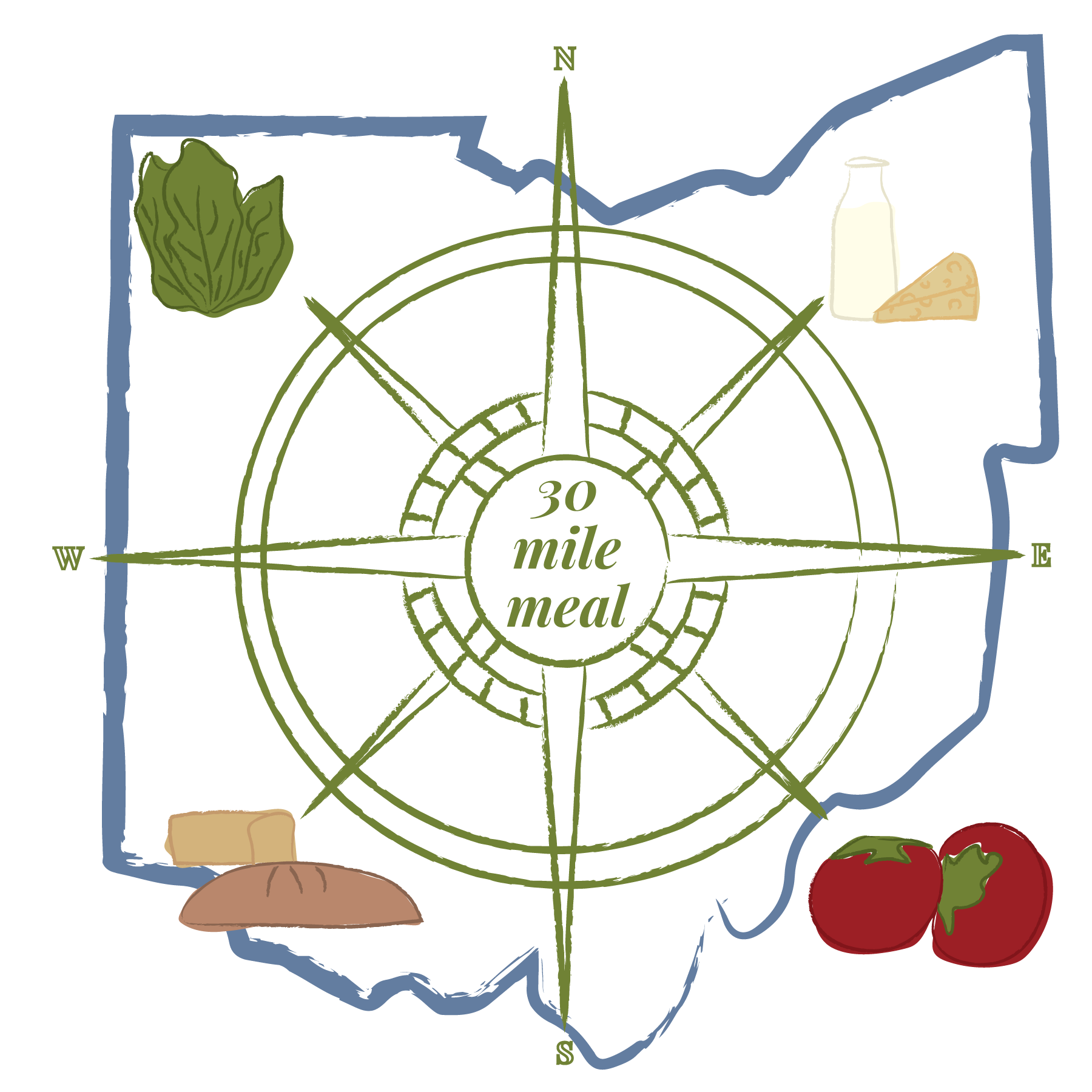 The circular economy of Athens restaurants

W hen a group of eight unemployed restaurant workers opened Casa Nueva’s doors in 1985, they built its foundation on keeping the ingredients local.

“We work with long-established farmers, like Shade River Farms, Green Edge Gardens and places like that,” Grace Corbin, Casa Nueva marketing coordinator, said. “But, every once in a while, a new one pops up, and we try to really nurture those people, too, who are just starting off.”

Casa Nueva is a partner of 30 Mile Meal, which is a meal map designed to locate farmers, food markets, local food producers, eateries and local food events in Athens. Restaurants that are partners source ingredients that are within 30 miles of Athens. The 30 Mile Meal Project works with the Athens County Visitors Bureau and the Appalachian Center for Economic Networks to help visitors and residents find local dining and foods.

Some businesses in Athens either make or carry their own products to serve to the community. Bob O’Neil, co-owner of the Village Bakery and Cafe, said supporting local businesses and producers is important.

“It’s a priority for the Village Bakery,” O’Neil said. “We created our business and model after trying to do as much local produce, meats, cheeses and dairy purchases as possible, so our menu reflects that throughout the season.”

O’Neil said all of the products are from Southeastern Ohio, which is important to him because selling local products brings support to the community and to businesses.

“You can see real faces and kids and people that have lives in town, which I think is a big deal." -Chris Pyle, co-owner of Donkey Coffee and Espresso

Supporting local businesses and farms have noticeable effects for both consumers and producers. Donkey Coffee and Espresso, 17 W. Washington St., sells baked goods from Crumbs Bakery and the Molina Family Bakery. Chris Pyle, co-owner of the coffee shop, said supporting a locally owned business means you are supporting local families in addition to the business and suppliers.

“You can see real faces and kids and people that have lives in town, which I think is a big deal,” Pyle said.

When buying and selling locally produced food, it probably won’t be old. Transporting food from far away locations can affect its freshness, Corbin said. That’s why Casa Nueva uses items that are in season and locally produced as much as possible.

Additionally, buying from local producers and farms gives consumers more peace of mind when it comes to how a product is made and how the people making the product are treated. When someone buys and eats food grown locally, they know they are supporting a producer who treats their employees well and can eat food that is nutritious, O’Neil said. 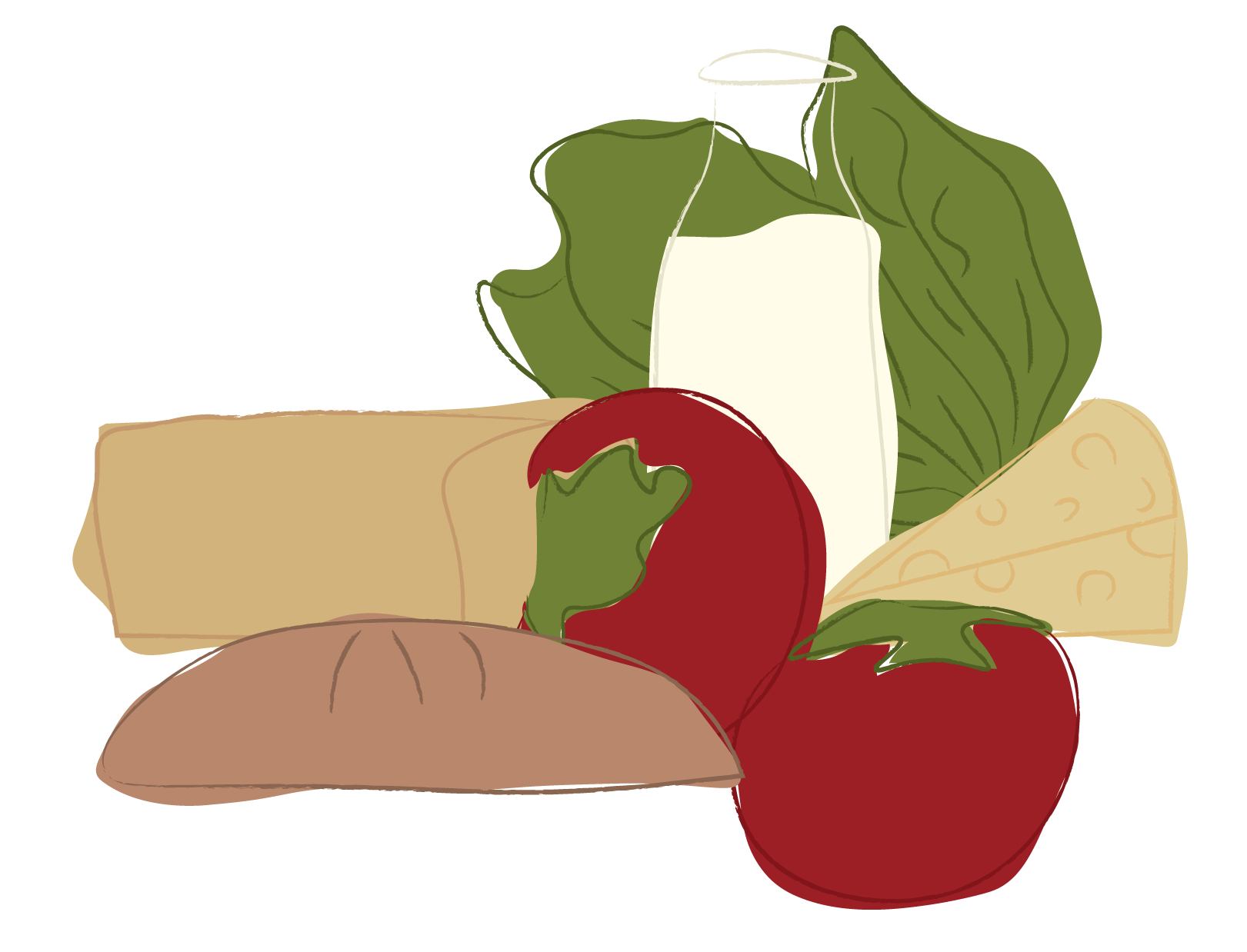 “People do not know how food is produced and how the people who grew the food were treated when they purchase or eat food that’s been shipped from a place farther away,” O’Neil said.

Being environmentally friendly is also important to Corbin and other local producers. The further a truck travels, the more fossil fuels are burned to move ingredients that could have been purchased somewhere much closer, Corbin said.

“If produce has to travel 10 miles instead of 1,000 miles, there’s not as much fossil fuel being burned to transport that produce,” Corbin said.

When people buy foods that are produced locally, the money that is spent remains in the area in which it is spent, said Heather Fuston, Snowville Creamery’s marketing and sales director. Snowville is a dairy producer that sources its milk from local farmers and produces various types of milk, cream, yogurt and cheese products.

“When the money's all spent here, and circulated here, we're investing in the community and creating a community that's a little bit more self-reliant than one that, maybe, relies on all the food being imported in from who knows where,” Fuston said.

There are many benefits to the consumer for buying local, but businesses and producers also enjoy some benefits, Fuston said. Money spent on small businesses stays within the business unlike most large corporations. There are, of course, monetary benefits for both, but each party enjoys the neighbor-like relationship from doing business together.

“I really have seen a growth in the local food movement and just local food awareness,” Fuston said, “I think in the general public as well, where people are trying to do a better job of finding farms or businesses in their area that they can support. People are starting to understand the importance of keeping your money and your economy here and keeping it strong regionally and locally.”

Having a good and trusting relationship with a restaurant allows Snowville to serve new products on the menu and continue to sell products for consumers, Fuston said. This is called a circular economy.

“They're (local businesses in Athens) always so wonderful about taking on any of our new creations that we come up with or seasonal products and stuff like that,” Fuston said.

Businesses that operate in a circular economy with their producers can support each other more easily when they have the opportunity to put a producer on their menu. Furston said Snowville tries to support local business as much as it can.

“When they (businesses) support Snowville by putting us on their menu, they're supporting a business that employs workers that live and work in this community,” Fuston said. “So, our employees can go to their business now and buy their food and support their business as well.”