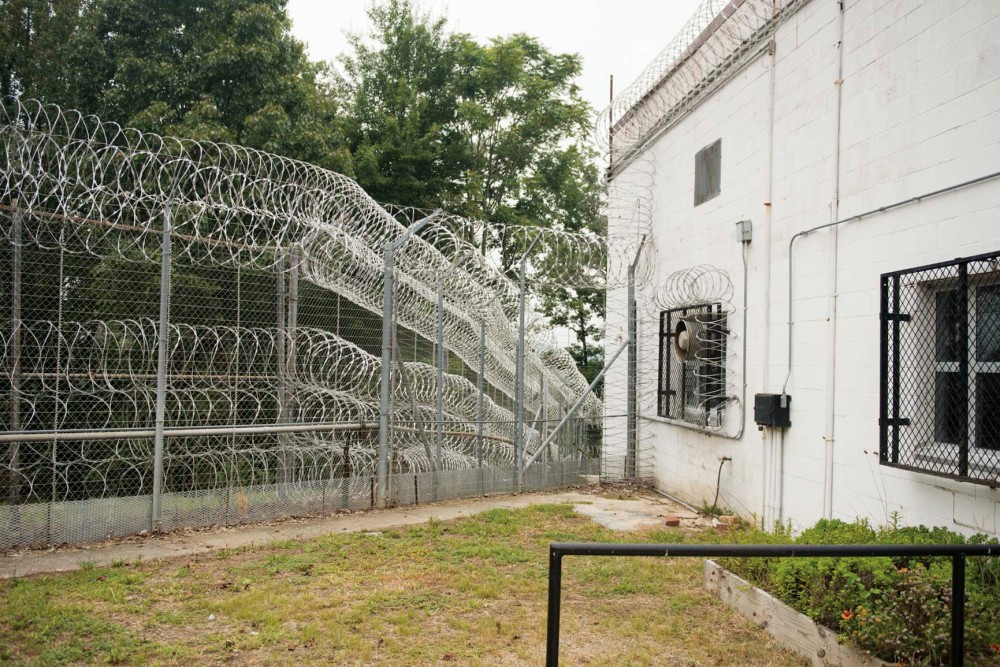 Jail space means more to Fred Moses than just a place to house inmates — it can also be the difference between life or death.

Moses, the municipal court judge for Hocking County, runs a specialized drug court to help combat addiction in the area. The drug court offers addiction and mental health treatment to those selected for the program.

“I have to make decisions on who stays in and who gets out,” Moses said. “You’re basically deciding who might live another day and who doesn’t.”

The program can save lives, Moses said — but only when there is enough jail space available to house the inmates.

Jail space is particularly sparse for women. Moses has just five female beds available at the Southeastern Ohio Regional Jail, which he shares with the Hocking County Common Pleas Court.

Recently, Moses’ staffers had to call seven separate jails around the region to find a place for one female offender who used fentanyl, a powerful opioid, earlier that day. Moses feared that she could die if she got out. 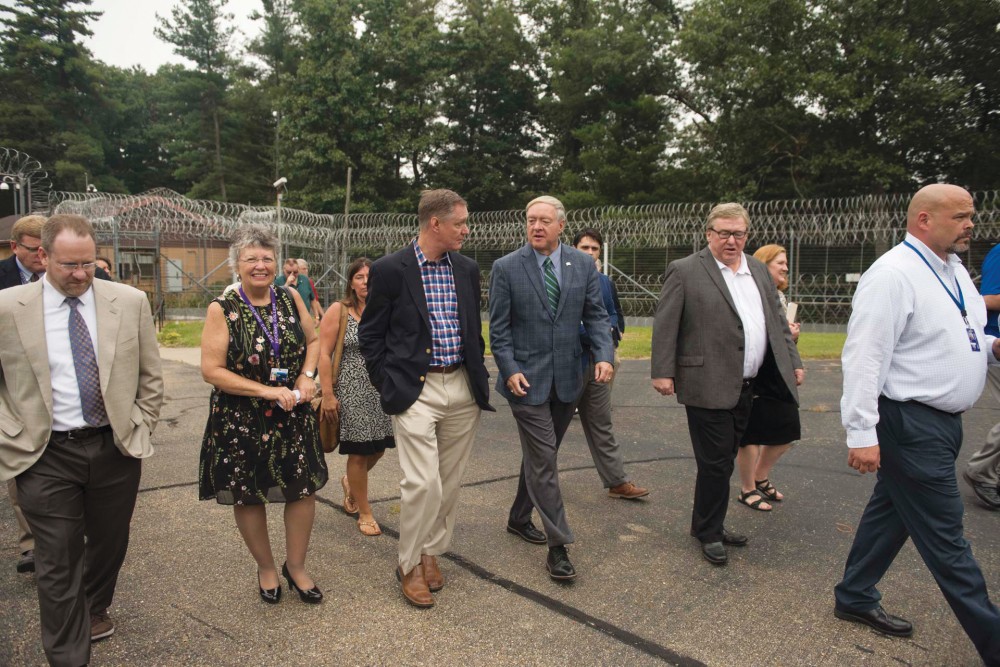 “We have to lock a lot people up to keep them clean and keep them safe,” he said.

On Aug. 31, Moses, along with Ohio University President Duane Nellis and U.S. Rep. Steve Stivers, toured the Hocking Correctional Unit. Moses said the facility could give his drug court more resources than ever before and potentially save lives.

The building is surrounded by trees and located on an overlook along State Route 33 near Nelsonville. Metal bars and cages cover many of the windows and line the hallways of the old building.

Long before it was surrounded by barbed-wire and fences, the Hocking Correctional Unit opened in 1955 as a tuberculosis ward. The building was one of many hospitals built across the U.S. to combat the disease, also known as the white plague, and house those affected by it. As treatment of tuberculosis changed in the 20th century, the purpose of the building was adapted as well. It first became a children’s facility, then a prison by the early 1980s.

Now, the Hocking Correctional Unit is undergoing renovations as part of its most recent change, and officials involved with the project hope it will treat a different kind of epidemic sweeping the nation: drug addiction.

“If you begin your path to recovery while you are in a secure setting and you start to make linkages and bonds, it makes it more likely that when you are in a situation where you’ve been released, you are much more likely to follow through on the path you’ve began”Ellen Martin

Ohio is in the grips of an opioid epidemic: 4,050 Ohioans died of accidental drug overdoses in 2016 — a 32.8 percent increase from 2015, according to the Ohio Department of Health.

The Appalachian Recovery Project, a coalition of both private and public entities such as local addiction treatment services and businesses that was selected to repurpose the facility, hopes to turn the former prison into both a treatment facility and a potential jail space for women.

Rick Hodges, a health executive in residence at OU and the director of Ohio Alliance for Innovation in Population Health, which is involved with the project, said he hopes the facility could help rehabilitate people with drug offenses, offering them services like medically assisted treatment, inpatient and outpatient therapy, GED education and job training.

“This is unique in that it’s designed to be from incarceration to hopefully reintegration in the community,” Hodges said.

A variety of local and regional treatment groups are involved with the project, including STAR Community Justice Center, which operates a treatment facility near the Ohio River in Franklin Furnace, about a 90-minute drive southwest of Athens.

STAR will help operate the facility’s first floor, which will be set aside as a drug treatment facility. On the second and third floors, dormitories stretch the length of the brick building. Officials involved with the Appalachian Recovery Project hope those rooms could provide jail space for up to 210 female inmates.

Eddie Philabaun, the executive director of STAR Community Justice Center, said about 50 beds on the first floor will be available for inpatient treatment. Treatment will also be available to inmates in the facility who need it, like those sent from Moses’ drug court. 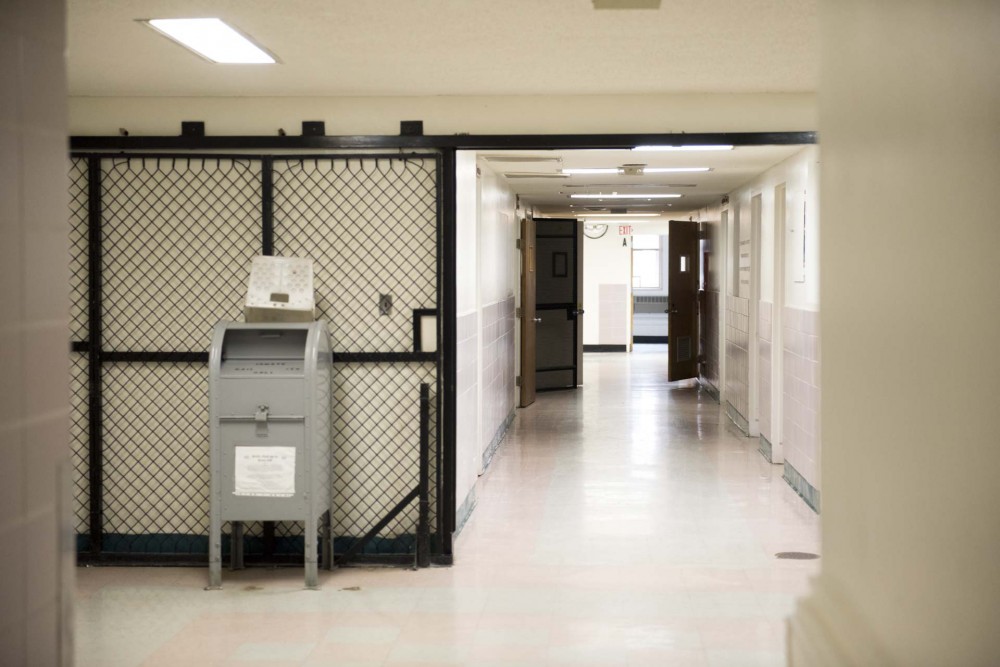 The doctors’ hallway at the Hocking Correctional Unit on Friday.

Ellen Martin, the CEO of Health Recovery Services in Athens, said she has attended meetings as part of the project to develop the facility.

“If you begin your path to recovery while you are in a secure setting and you start to make linkages and bonds, it makes it more likely that when you are in a situation where you’ve been released, you are much more likely to follow through on the path you’ve began,” Martin said.

The Ohio Department of Rehabilitation and Correction, or ODRC, will still own the facility and help with some of the renovation costs. ODRC will also help maintain the facility for some time, like a landlord, Hodges said. ODRC support, combined with counties paying to house their respective inmates, will help pay for the jail, and Hodges said the facility won’t be paid for through a specific local tax levy.

While the details are still being decided, Hodges hopes the facility will open in the first half of 2019.

When the closure of the Hocking Correctional Unit was announced in January, it sent shockwaves through much of Southeastern Ohio.

The facility, which employed 110 staff members and provided Nelsonville with hundreds of thousands of dollars in sewer and water revenue each year, had been a presence in the region for more than 30 years.

The aging facility, however, was not worth the cost of maintenance, ODRC officials said. By the beginning of the year, the Hocking Correctional Unit was the ODRC’s most expensive prison camp, amounting to $11.5 million in annual costs for the upkeep of the facility and its 430 inmates.

By comparison, similar-sized camps, like those in Richland and Trumbull counties, each cost about $3 million annually, according to a fact sheet provided by the ODRC. Other camps also operated more efficiently and with less staff members.

However, cost was only one factor in the state’s decision to close the facility. More low-level offenders are being rehabilitated in their communities instead of in prison, according to the ODRC fact sheet. 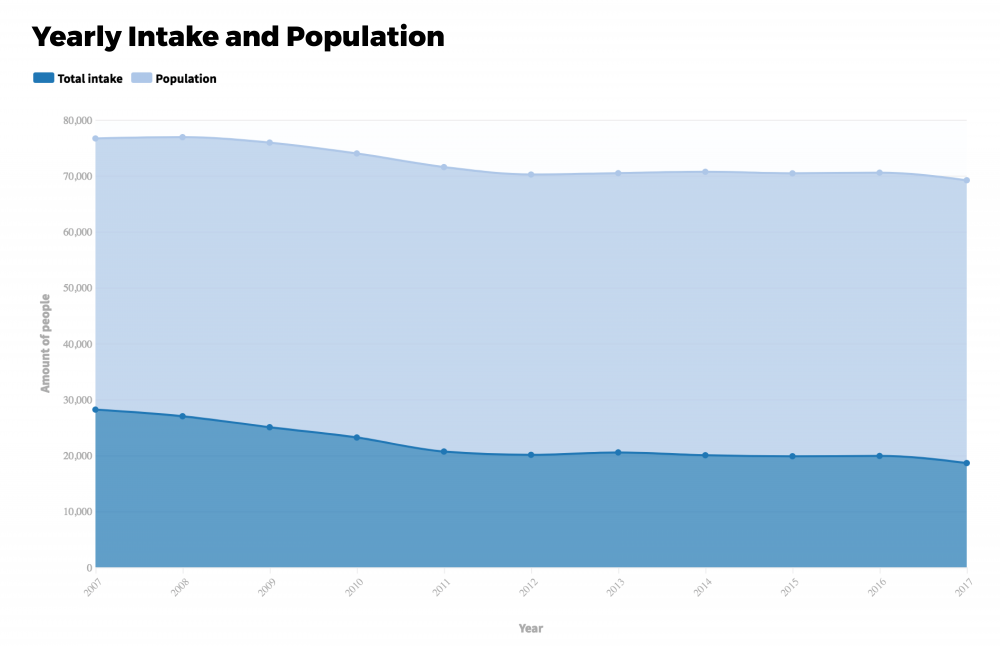 Prison intake in Ohio was at an all-time high about 10 years ago but has since fallen. In 2015, intake fell below 20,000 for the first time since the year 2000. Female intake has dropped as well.

State investment in community sanctions has increased in recent years. Those sanctions include both residential and non-residential options to keep inmates out of prison. Residential options serve as housing for inmates, like Community-Based Correctional Facilities, which are operated on a local level with assistance from the state. 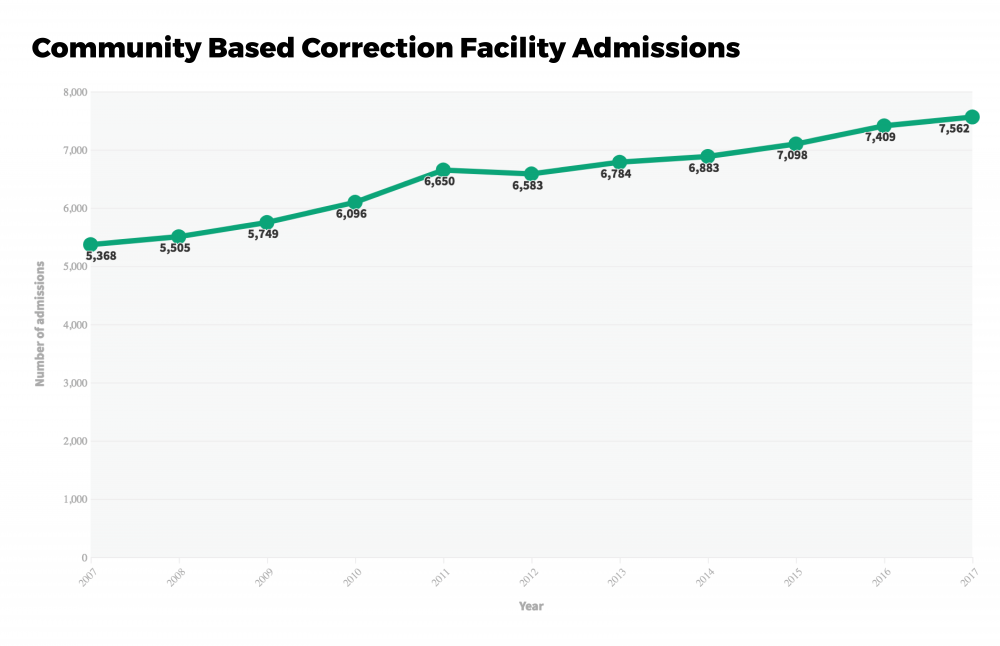 
Non-residential options include jail and prison diversion programs, which can provide supervision and free up jail and prison bed space. Both male and female admissions to the programs have increased over the past decade.

ODRC Director Gary Mohr was hours from retirement as he walked through the now-empty prison with Moses, Nellis, Stivers and others as part of the tour. Mohr joked about the thoroughness of the tour as the group slowly wound through the hallways and empty rooms of the building, likening it to an official inspection.

Mohr said there was clearly a connection between dropping inmate intake and increasing community sanctions populations. He added that local facilities could be more effective in treating drug offenders.

Mohr said the ODRC is investing about $100 million more per year in communities than in it did when he became director in 2011.

Despite the increasing investment and heightening admissions to community sanctions programs, some say there is still much more work to be done to address Ohio’s prison population — and they have made prison issues a statewide conversation.

Tiffanny Smith, an attorney with the Ohio Justice and Policy Center, said despite the falling intake, Ohio’s prisons remain well above capacity.

“We need to change our model in the way we care for people in the prison and jail system, and this is our effort to try to transition to that. We can stop the flow of people going in and out of the criminal justice system and also help them improve their lives, get jobs and reconnect with their families.”Bill Dunlap

According to 2014 data, Ohio’s prisons are built to hold 38,579 people, but as of Aug. 21, Ohio’s prison population is more than 49,000. While the ODRC has projected a decrease in the population, Smith said it isn’t enough.

Mohr acknowledged that Ohio’s prison population has been slow to decline.

“Ohio’s been on a path, quite frankly, that’s been an aberration around the country,” Mohr said. “Our prison population has not declined like other states.”

While debates about prison population continue, local officials are excited to see how the new facility will impact the area.

The Hocking County Sheriff’s Office, which would take control of the jail portion of the facility, would create about 50 new jobs if the jail opens as planned, Chief Deputy David Valkinburg said.

The facility won’t just help incarcerated individuals but would also have a positive impact on the region, Bill Dunlap, the deputy director of the Athens-Hocking-Vinton Alcohol, Drug Addiction and Mental Health Services Board, said.

“We feel like we’re wasting people’s lives and time when they put them in jail and they sit there and do nothing,” Dunlap said. “We need to change our model in the way we care for people in the prison and jail system, and this is our effort to try to transition to that. We can stop the flow of people going in and out of the criminal justice system and also help them improve their lives, get jobs and reconnect with their families.”